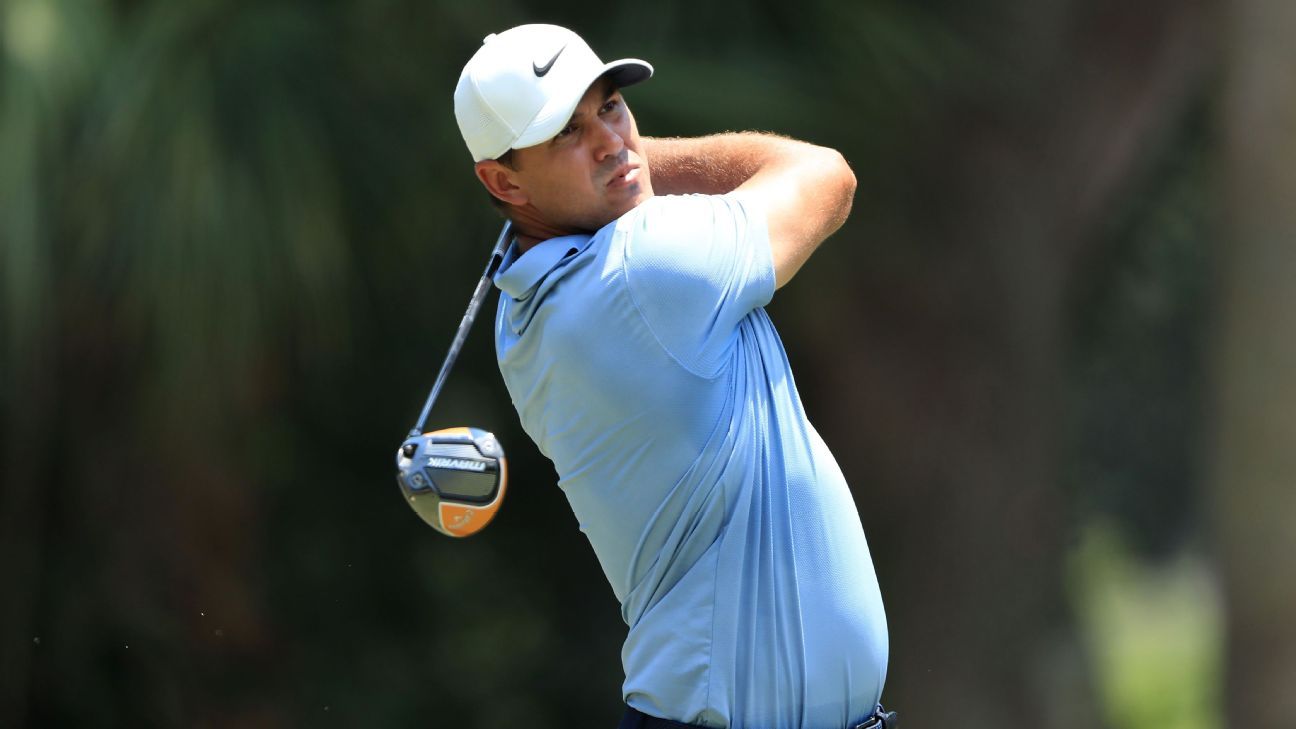 HILTON HEAD ISLAND, S.C. — The distortion of time is a reality of the coronavirus pandemic. And when you narrow that down to a singular view of golf, it is important to remind yourself of where we are on the calendar.

Brooks Koepka wasn’t paying too much mind to the fact that this is normally U.S. Open week — and not the time for the tournament traditionally played the week after the Masters.

And nor was he mindful that he’s had a pretty good run in U.S. Open the last three years. Or that he was finally putting some good numbers together at the RBC Heritage.

Can it really be 10 months since the four-time major champion has contended in a tournament?

“It’s just nice to feel something again,” Koepka said after a final-round 65 at Harbour Town Golf Links helped him to his first top-10 finish since he finished fourth at the Tour Championship. “Augusta was the last time I probably ever felt anything. So just feels good to be back somewhat. [I didn’t] win it, but it was somewhat of a chance.”

Koepka ran out of birdies and holes on Sunday, eventually finishing four strokes behind winner Webb Simpson but not before a two-eagle final round and a couple of early back-nine birdies had him just a stroke back of the leaders. He finished seventh.

The reason that was so satisfying is the only thing Koepka had felt for most of the past eight months was pain. He basically missed six months of golf, three due to injury, and another three due to the pandemic.

Koepka, who was ranked No. 1 for eight months after capturing the PGA Championship at Bethpage in May 2019, was dealing with knee problems throughout the year. A stem cell procedure was performed immediately after the Tour Championship in August.

But he aggravated the injury when he slipped on a path at the CJ Cup in South Korea in October. That caused him to miss three months, including the World Golf Championship in China, the Presidents Cup and the start of golf in 2020. He did not return until the Abu Dhabi HSBC Championship on the European Tour in late January.

“It feels like it’s been a really long time since I’ve even felt some juices flowing,” Koepka said after making two eagles, three birdies and two bogeys in his final round. “It just felt nice to be in contention again.”

Since returning from the knee issues, Koepka endured struggles that had not been part of any recent discussions concerning him. Remember, he had won consecutive U.S. Opens before finishing second to Gary Woodland a year ago at Pebble Beach. And he is the two-time defending PGA champion, with the rescheduled tournament to be played in early August.

Winning all those majors — and he captured the WGC-FedEx St. Jude Invitational last year — made the poor results that much more frustrating. He tied for 34th in Abu Dhabi followed by a tie for 17th in Saudi Arabia. At his first PGA Tour event, he tied for 43rd at the Genesis Invitational and lost the top spot in the Official World Ranking.

Two weeks later, Koepka missed the cut at the Honda Classic, and then shot a career-high 81 during the third round of the Arnold Palmer Invitational, where he tied for 47th.

That prompted Koepka to take the bold step of scheduling a visit with legendary coach Butch Harmon in Las Vegas on the Monday of Players Championship week. He did so with the blessing of his current swing coach, Claude Harmon III — Butch’s son — and his short-game guru Mike Cowen.

“It did help,” Koepka said. “Any time you go see Butch, it’s going to help. A lot of it was just trying to play so perfect. I couldn’t understand why I was hitting it (to) 15 feet (from the hole). Sometimes you’ve just got to get on with it and make the putt. I just needed to reassess.

“And, actually, I sat everybody on my team down. My trainer, my caddie, Pete Cowen, my agent, Claude, my physio. We had about eight of us there and just sat down. I told them what I wanted to do is get back to what got us there. I think sometimes, when you get to the top, you change things a little bit.

“I laugh at it now because I always say when I do that, I’m not going to do anything, and I think I tried to play too perfect instead of just being me, just go out and play golf. So it’s nice to kind of take the handcuffs off.”

Harmon, 76, has worked with numerous players over the years, including Tiger Woods, Phil Mickelson, Greg Norman, Rickie Fowler and Dustin Johnson. In recent years, he has cut back his travel schedule and rarely attends PGA Tour events to work with players. His son, Claude, works at a Florida club near Koepka’s home.

And the golfer figured he was ready to put all of that knowledge into use at the Players Championship.

But after just one round, the tournament was canceled due to the coronavirus pandemic, giving Koepka another three months off. While he said he was ready to go then, the extra time off certainly did not hurt.

“This is the best my body’s felt in years,” he said. “A lot of work I’ve done with (trainer) Derek (Stone), with him just manipulating the knee, the kneecap. It’s been a long road. It just feels like I haven’t been healthy for a very long time. My body feels great. I feel like I can move through the golf ball. The knee feels great. Finally able to do things I wasn’t able to do for a very, very long time.

“So I’m excited, playing good, and I just need to keep it up.”

Koepka has seven PGA Tour victories — four of them are majors. Last year, he finished in the top four in all of the majors, with a win at the PGA and runner-up finishes at the Masters and U.S. Open.

With the PGA Championship looming several weeks away, perhaps Koepka is finding his form at just the right time.