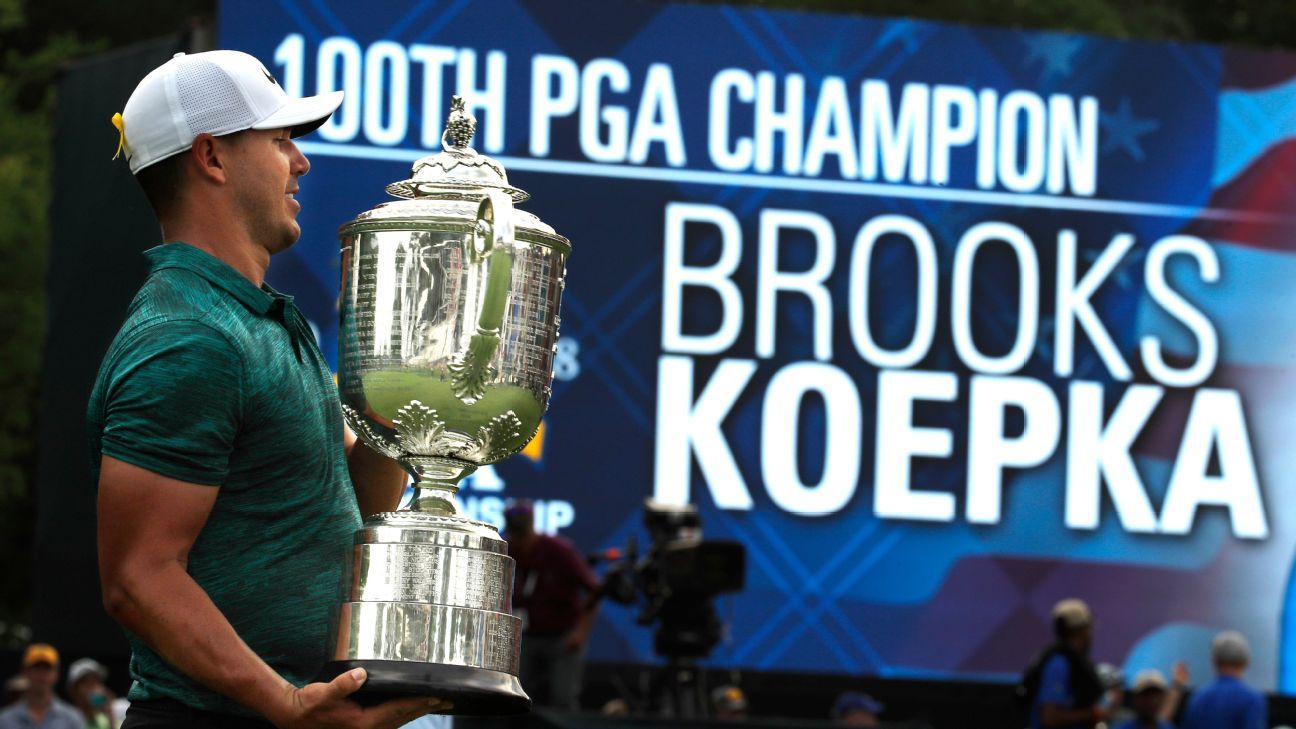 Tiger Woods, the other major champion from 2019, will be two groups behind them, along with two other former PGA champions, Justin Thomas and Rory McIlroy.

They will begin on the 10th tee at TPC Harding Park, which is hosting its first major championship. It will be the first major to be played in 2020 due to the coronavirus pandemic.

Woods tees off at 11:33 a.m. ET and will be in a featured group that day on ESPN+. Jon Rahm, Phil Mickelson and Sergio Garcia are the other featured group at 4:58 p.m. ET.

Koepka is coming off a tie for second at the WGC-FedEx St. Jude Invitational on Sunday, his best finish of the season. He is trying to join Walter Hagen as the only players to win the PGA in three straight years. Hagen did it four times in a two from 1924-27 when the event was contested at match play.

Past PGA champions make up a couple of other groups, with Martin Kaymer, Jason Dufner and Jason Day teeing off at 10:38 a.m. and Jimmy Walker, Keegan Bradley and Davis Love III teeing off at 4:42 p.m.