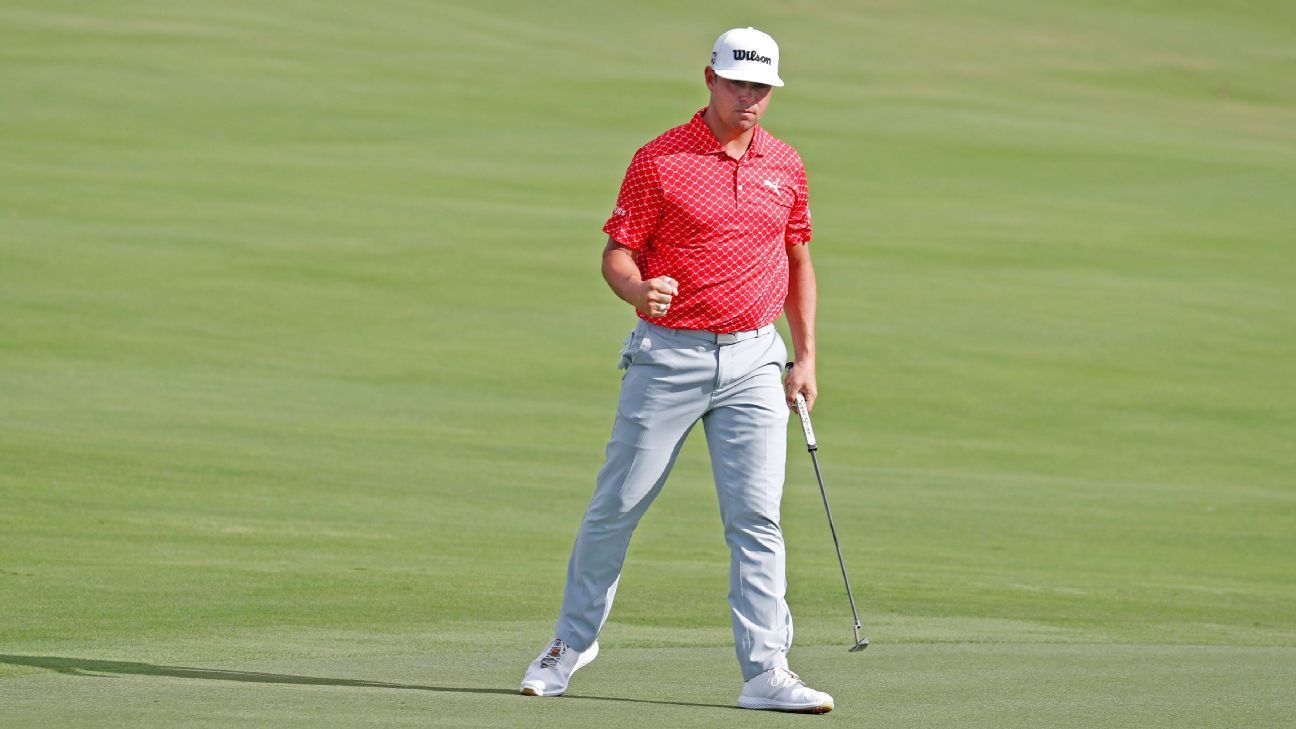 KAPALUA, Hawaii — Gary Woodland made a 65-foot eagle putt and finished with a birdie for a 5-under 68 to keep his three-shot lead in the Sentry Tournament of Champions on Saturday.

Rory McIlroy briefly caught him for the lead until the birdies stopped falling. He shot 68 and starts the new year playing in the final group.

They were tied late in the third round when McIlroy missed a good birdie chance on two par 5s at No. 15 and No. 18. In the group behind him, Woodland reached the front of the 15th green and watched his putt up the slope and into the grain drop for eagle, with the pin still in the hole.

He holed a 12-foot birdie putt on the toughest pin position at the 18th — front and right — to end the day where he started.

Woodland was at 17-under 202, and would love nothing better than to secure another trip to Kapalua in the first tournament of the year.

Marc Leishman, who made a double-bogey in the opening round and a triple-bogey Friday, limited the damage to only one bogey. He had a 68 and was well in range, four shots behind.

Xander Schauffele (68) and Bryson DeChambeau (70) were five back.

The only downer for Woodland was learning that his grandmother in Kansas had died Friday night. This is a family vacation for most of the Woodland crew — for Christmas, he flew out 11 relatives.

“She’s been downhill for a little while now,” Woodland said. “It’s been tough. And you try to prepare for that, but you never really can. Definitely will have a little extra emotion with me, but we’ll get through it.”

It was a tough day of work on the course, as the trade wind returned stronger than expected.

McIlroy managed to get through it without a bogey. He had a close call on the 16th, when he tried to atone for the missed birdie on the previous hole by going at the flag and landing just over the green. He faced one of the fastest chips on the course, down the slope toward the Pacific horizon, and left it 12 short. He made his par to at least stay in range.

McIlroy spoke earlier in the week about playing in the last group six times last year. One of those was the Masters, the missing leg of the career Grand Slam, when he started two shots behind Patrick Reed and never challenged. Another was the Tour Championship, where he was three behind Tiger Woods and didn’t give him much of a fight.

“I probably pushed a little too hard, and it didn’t really work out for me,” McIlroy said. “I just have to go about my business. I didn’t make a bogey today, so I’ll make that a goal tomorrow.”

It still will depend on Woodland, a three-time winner on the PGA Tour who wants more victories to show for his improved all-around game. His only mistake Saturday was coming up just short of the green on No. 12 and missing a 5-foot par putt.

Woodland was part of a crowded leaderboard Friday when he pulled away with five straight birdies. This time, all he needed was one big putt. He laughed when it dropped, though he says it had nothing to do with surprise.

“I just saw somebody’s face in the background. They weren’t too happy that the ball went in, so it made me laugh,” he said. “I enjoyed that.”

The last two winners at Kapalua, Dustin Johnson and Justin Thomas, need something special Sunday. Thomas shot a 70 and was seven behind, and Johnson had 69 and was eight back.

Brooks Koepka shot 73 and was tied for 29th. He needed a two-way tie for eighth to remain No. 1 in the world over Justin Rose, one of three eligible players for the winners-only field that is not at Kapalua this week.