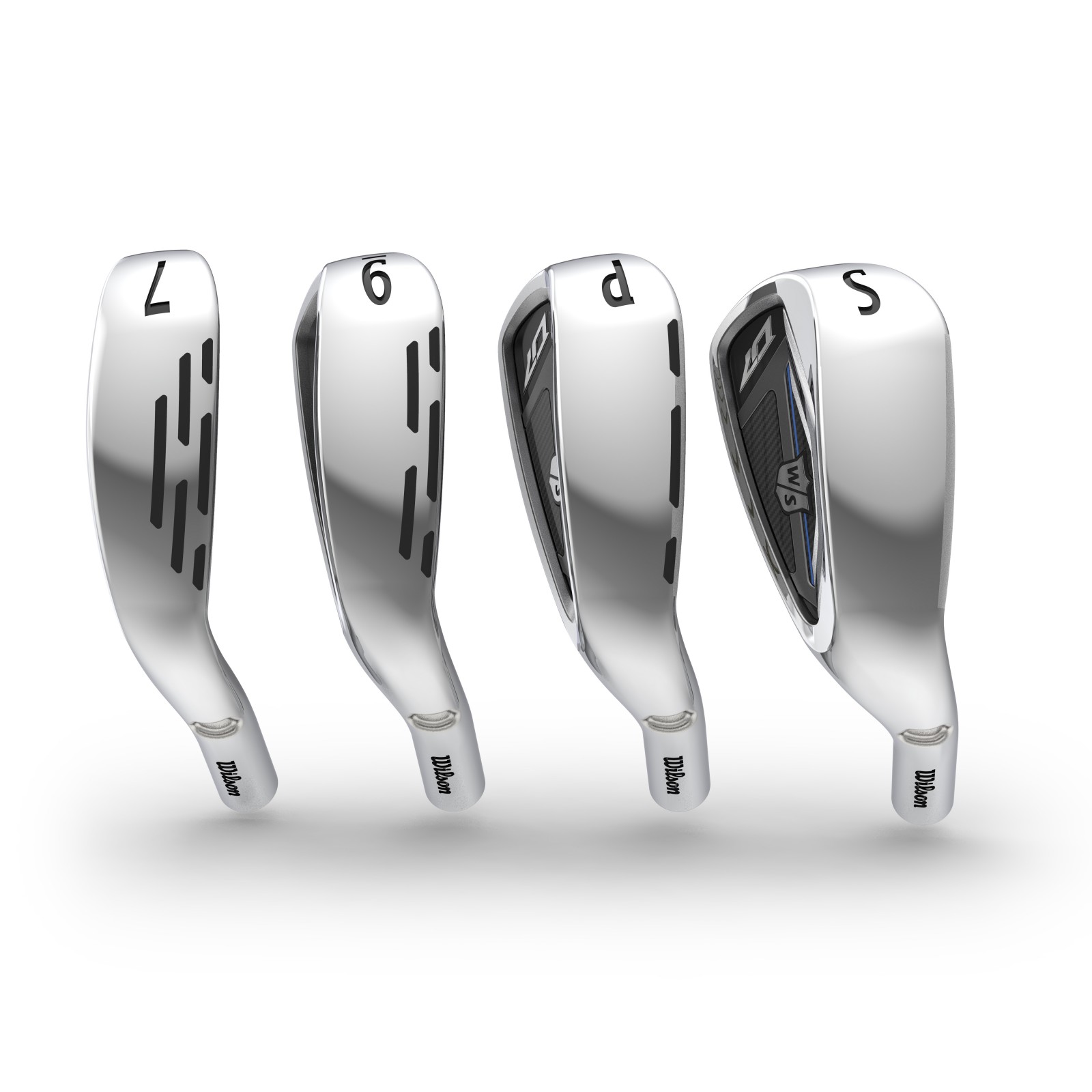 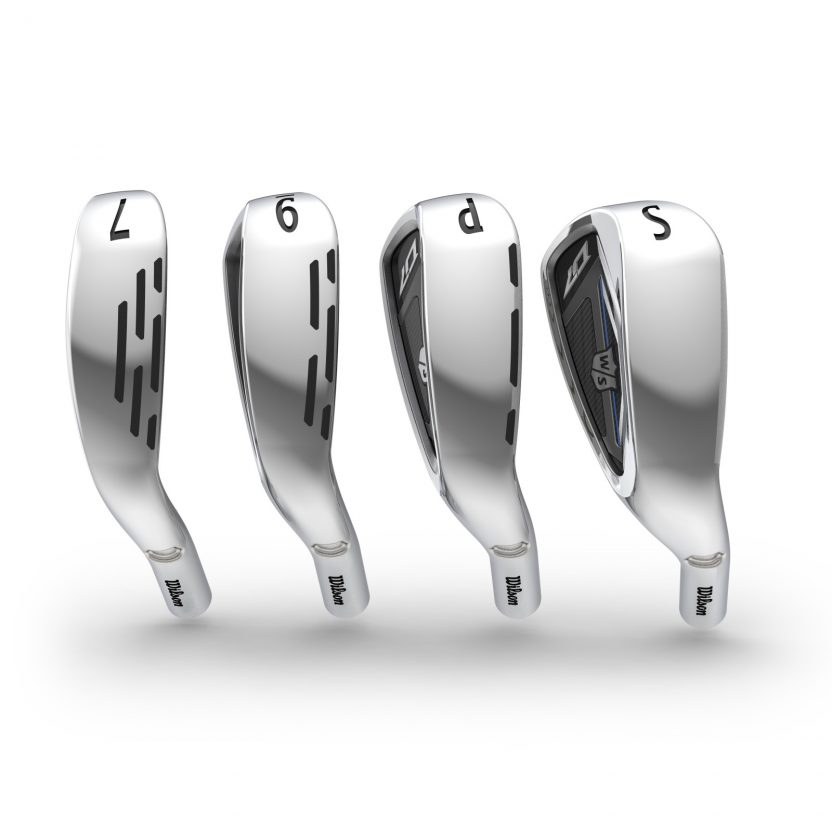 Wilson Golf has taken the aesthetics from its award-winning FG Tour V6 and C300 irons and combined it with ground-breaking super game improvement technology with the launch of its revolutionary Wilson Staff D7 distance irons for the 2019 season. 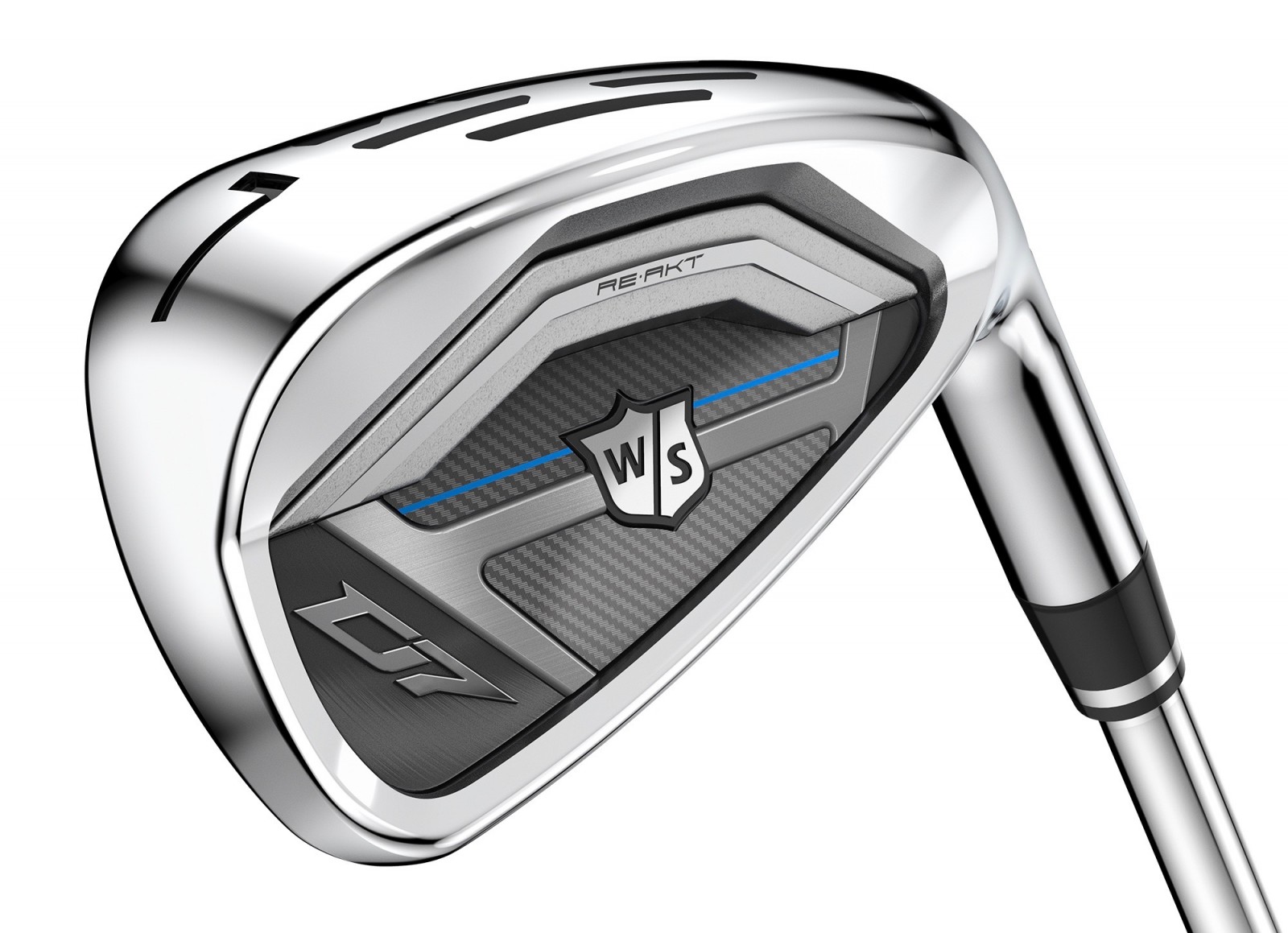 The clubs couple the thinnest iron face ever produced by the brand in any distance model with the addition of more exclusive Power Holes under the umbrella of the new RE-AKT Technology, creating greater ball speeds for longer distances for both centre and off-centre impacts. 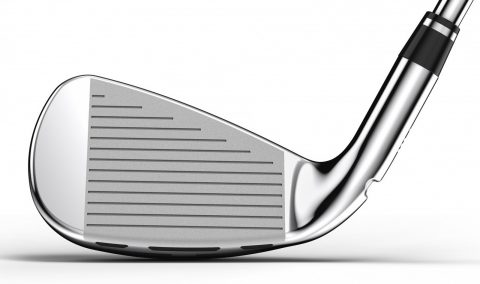 “The D7 is the longest and best-looking super game improvement range we’ve ever produced,” said Doug Wright, Global Commercial Director at Wilson Golf. “RE-AKT is a combination of game-enhancing technologies throughout the new D7range that all add up to delivering greater ball speed, more forgiveness and control to make the game more enjoyable,” he added.

The brand with more Major victories with its irons than any other (61), has increased the row of Power Holes – first launched on the successful C200irons and refined in the more recent D300family. A third row has added to the longer D7irons (4-7) to increase the face deflection and contact time between impact, resulting in more energy returning to the ball when struck. A double row is featured on the 8 and 9 irons, while a single row is featured on the PW & GW. The face comparison between other Wilson irons is 0.079” thin in the long irons, compared to 0.097 on the D300/C300.

“Once again, we have taken Power Hole Technology to the next level by increasing the ball speed where it’s needed most on longer irons, then controlled the energy that’s returned to the ball on shorter irons where precision and feel is required,” said Jon Pergande, Global Innovation Manager at Wilson Golf.

The new design aesthetics include straighter lines; a cleaner topline; and improved weighting. “We had two primary goals when we were improving the weighting of the D7 irons,” said Jon. “The first was to improve the mass properties through the set, which we did by cleaning the topline to enable us to push the weight lower on the club head. The second was to push the weight towards the heel and toe to elevate the MOI. This resulted in a 10% increase in MOI over previous distance irons,” he added. 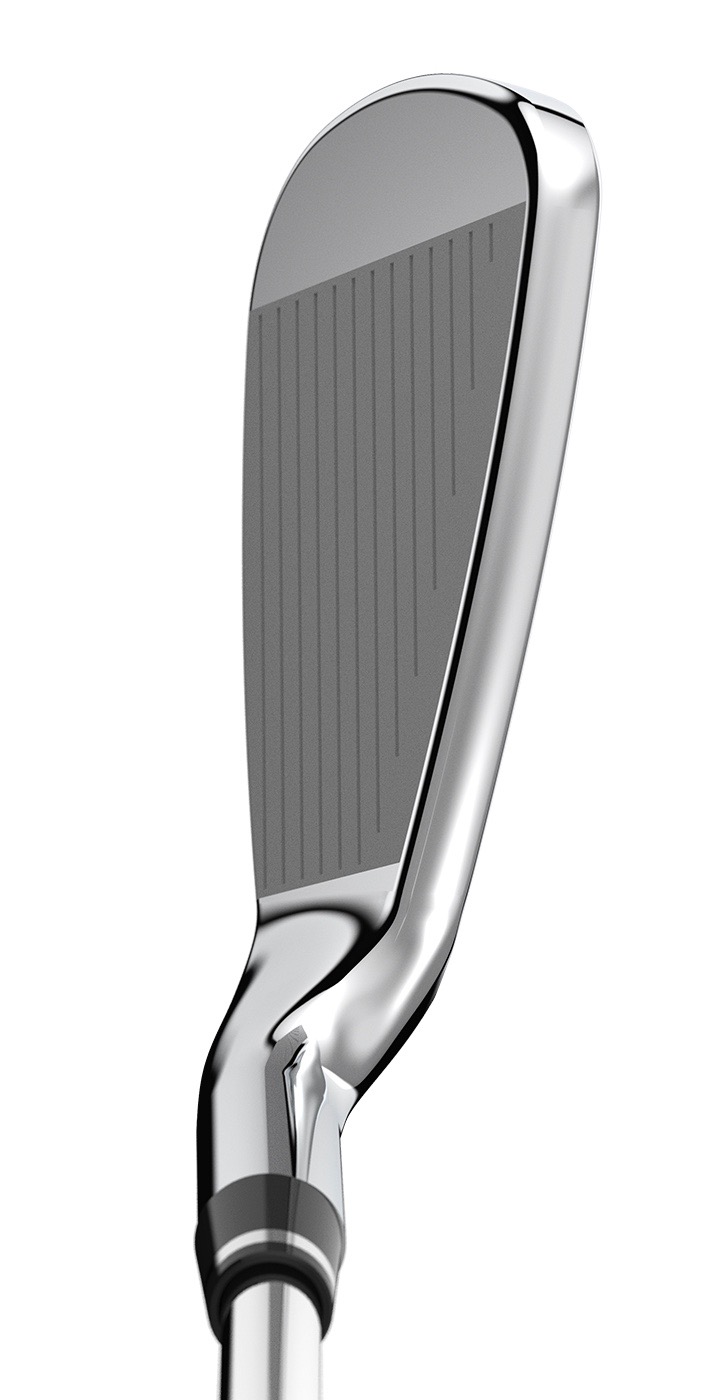 The hosel on the D7 irons has also been modified for easier club adjustability. A longer hosel length (almost 0.20” longer than the D300 irons) has been added to allow for a quicker and easier custom fit.

The D7 irons have been designed in keeping with the brand’s Feel, Crossover and Distance (F-C-D) system, which meets the scoring needs of every type of golfer.Wilson Staff defines players under these three categories so that club features and benefits can be matched with individual playing styles and abilities.

“The Distance category covers a player’s desire for power and a straighter ball flight with a confidence inspiring club at address,” said Jon. “Our extensive research shows the mid-higher handicapper prefers a thin face; a large sweet spot with weighting in the right place and we feel the D7irons tick all those boxes, as well as having the looks of a performance iron,” he added.

The D7 irons are available from mid-January, with stock shaft options of the premium lightweight KBS Tour 80 in steel (regular and stiff) and UST-Mamiya 460 Recoil Series graphite (A-, R- and S- flexes at 65g). The irons come with the Wilson Staff classic Lamkin Crossline pattern grip.