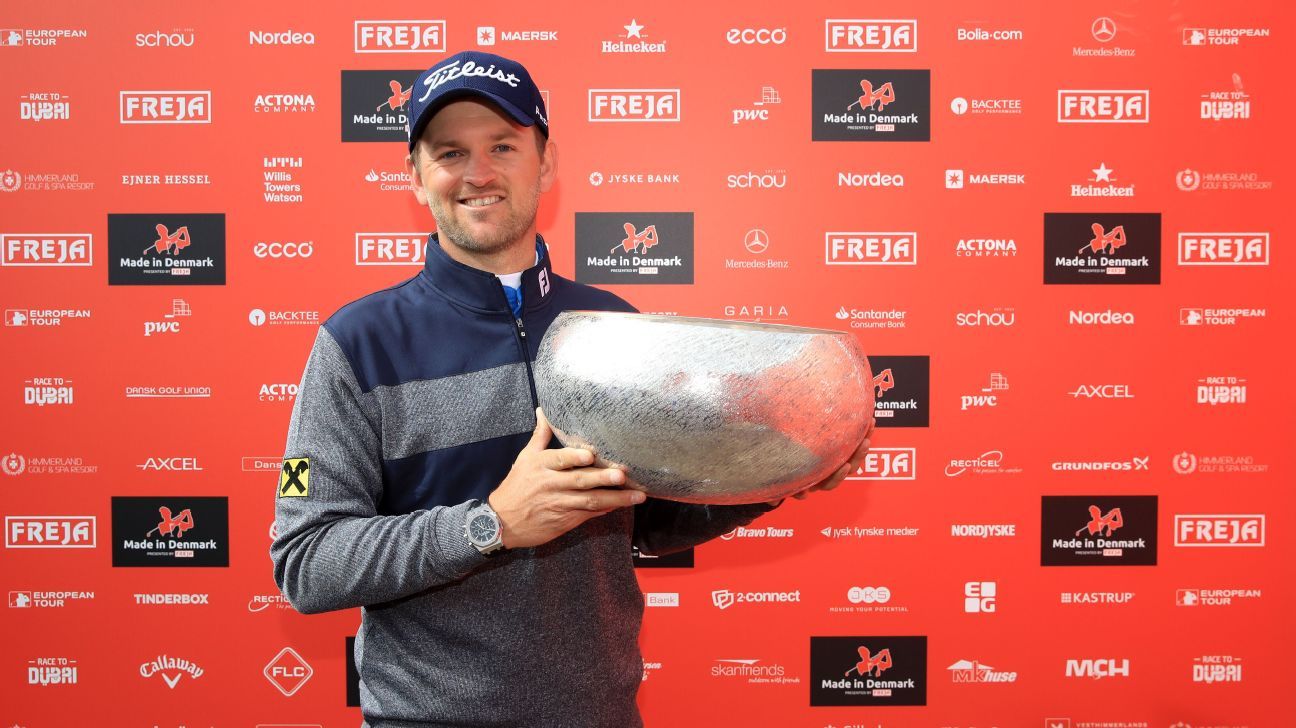 Austria’s Bernd Wiesberger ended on 14-under par to beat Scotland’s Robert MacIntyre by a single stroke in a thrilling finale at the Made in Denmark Open to claim his fifth European Tour title Sunday.

Wiesberger, who started the final round with the same lead over MacIntyre, carded a five-under par 66 to win his first title since recovering from wrist surgery that sidelined him for seven months last year.

“I had a rough year last year,” Wiesberger said at the Himmerland Golf and Spa Resort. “It’s been a hard couple of months and it’s lovely to see it pay off.”

Wiesberger let his advantage slip with a double bogey at the fourth but made amends at the 11th with an eagle and the two leaders were neck-and-neck on the back nine.

However, MacIntyre got into trouble off the tee at the 17th, allowing Wiesberger to take a two-shot lead going into the final hole.

The 33-year-old Austrian bogeyed the final hole but MacIntrye could not force a playoff, with his long-range putt for birdie lipping out to give Wiesberger victory in his 13th event since making his comeback to the Tour.