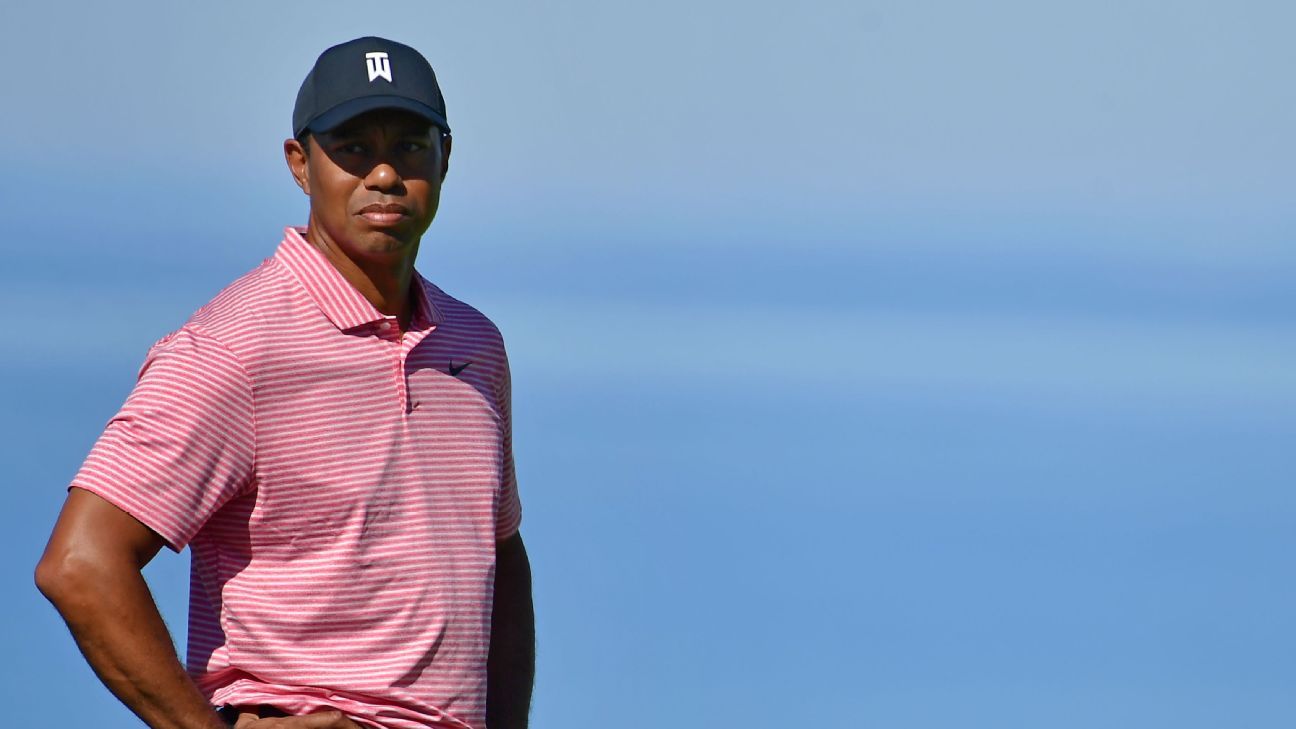 SAN DIEGO — Expectations are higher, and even Tiger Woods admits it. After a year of feeling his way along, contending several times and winning his 80th PGA Tour title, such prospects were inevitable.

But that doesn’t mean Woods was going to get ahead of himself and impatiently look to add to his victory total early in 2019.

That, likely, is why he skipped the Sentry Tournament of Champions earlier this month.

And it is also why he was mostly all smiles Sunday after finishing the Farmers Insurance Open, despite falling out of contention Friday and finishing 11 strokes back of winner Justin Rose.

“If you look at where I was Thursday and look at where I am now, Sunday, I got a little bit better,” Woods said after a final-round 67 saw him tie for 20th. “I drove the ball better, hit my irons a little bit cleaner. Again, I hit some good putts, some didn’t go in, some did. Just continue with the track. I have a couple more months of prep before April (and the Masters), so things are heading in the right direction.”

Undoubtedly Woods’ first tournament of 2019 should be deemed a success. Sure, there were problem areas, especially with his putting. But there were no major areas of concern.

Woods didn’t hit any tee shots off the planet, finding 31 of 56 fairways for the week (nearly double his 2018 production in his first official event following spinal fusion surgery) and ranked a decent 30th in strokes gained off the tee. He was 10th in strokes gained tee to green, and 12th in approach to the green, hitting 54 of 72 greens (12 more than a year ago). And there was not a hint of injury concern.

For the week, he needed 118 putts, and there were numerous opportunities missed throughout the tournament. Those missed opportunities denied him a shot at a top-10 finish, if not a chance to contend.

Finally on his final nine, he got a few to drop — but still managed to three-putt a par-5, denying him another birdie — making five birdies to shoot 31. It helped smooth over the frustration of several misses earlier in the round — as well as for the week.

“I just wasn’t reading them right,” Woods said. “It wasn’t where I was panicking. I have to do something different, got to work on this, got to work on that. No, I felt comfortable. I was hitting my putts on all my lines, I just didn’t hit the ball on the right line. When I read them right, they went in. Just need to read them correctly.”

What can we take away from this week for Tiger Woods and what’s next?!

That is a good news-bad news scenario for Woods. Certainly it is good that he senses no mechanical issues with his stroke, his putter. And numerous putts seemed to have excellent speed, just grazing the edge. Perhaps the next time, perhaps at his next stop in two weeks at the Genesis Open, more of them will drop in.

The bad news is the reading greens part. Who doesn’t know the Torrey greens better than Tiger? His experience at the course is unmatched, highlighted by eight victories. Of course, at age 43, that part of the game was always going to be a dicey proposition, one that is bound to crop up from time to time this year.

“It’s nice to see that finish the last nine holes, especially when he couldn’t get anything going the rest of the week, mostly because of the putter,” said Joe LaCava, Woods’ caddie. “Every part of his game is close, every part of his game needs a little bit of work. I saw progress every day. If the putter was semi-hot, he wasn’t going to win but he would have been within five, six shots.”

Woods had some of poorest putting performances of his career in 2018, at tournaments such as the Wells Fargo Championship, the Memorial and the U.S. Open. It’s one of the reasons he made switches to two different putters before going back the Scotty Cameron he is using now.

Over the weekend at Torrey Pines, Woods took 61 putts, a number that won’t be good enough to contend many places.

But it was a start. Woods was never expected to pick up from exactly where he was when he won the Tour Championship. It’s been four months since that victory, with little competition and a deserved opportunity to rest. By all indications, Woods put forth a plan based on what occurred in 2018 that included a way to best attack 2019. And it didn’t include getting to concerned about what happened at Torrey Pines.

“I don’t have to go looking, searching for something, so that helps a lot,” he said. “This year I have a much better plan. We have a lifting schedule, we have my practice routines, so everything’s geared up for the big events instead of getting enough reps and getting enough sharpness to be ready.”

Next up is the Genesis Open at Rivieria, the venue he’s played the most in his career without a victory. For some reason, the historic Los Angeles course has always given him fits. Last year, he missed the cut.

It’ll be another good test, and another step along what so far seems to be a patient journey.