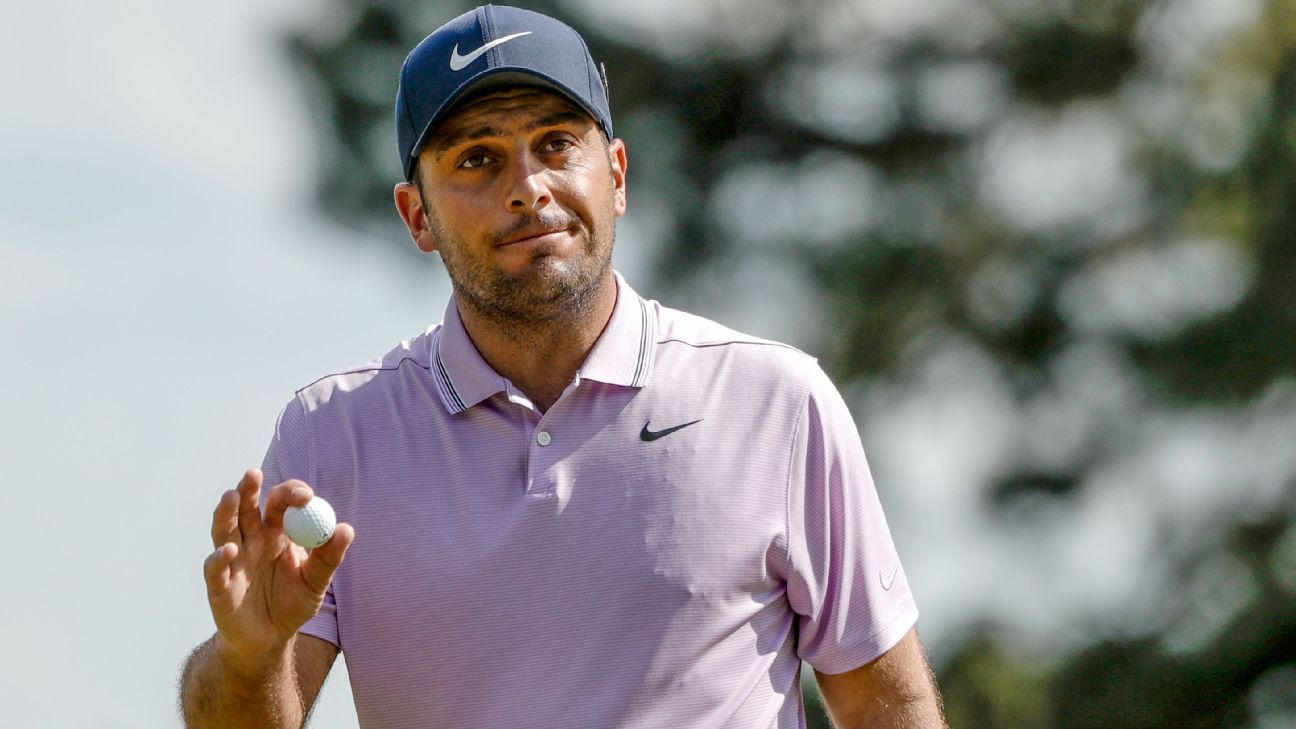 AUGUSTA, Ga. — Can Tiger Woods win his 15th major and first since 2008? Or will Francesco Molinari hold on to his 54-hole lead? Can anyone make a run from back in the pack?

We gathered our experts to weigh in on what will happen in the final round of the 2019 Masters.

Who wins this Masters?

Bob Harig: Tiger will have to do something he has never done, come from behind to win a major, although that has always been misleading — he has been behind during final rounds numerous times and won. But hauling down Francesco Molinari will be difficult, and given the way the Italian seems to play when his game is on, it is hard to pick against him when he has a 2-shot advantage.

Michael Collins: My heart wants Tiger, but my head says, “Don’t even think about betting against Molinari!” I’m going with my head. Francesco is the most unintimidating, intimidating golfer I’ve ever seen. He’s the 2005 San Antonio Spurs. Boring, frustrating and unbeatable.

Ian O’Connor: Tiger Woods. It’s time. He nearly won two majors last year, and East Lake gave him the confidence he needed to get over the hump and slide into that green jacket.

Mark Schlabach: Tiger will do just enough to win a green jacket for the fifth time and his first since 2005, ending a 14-year drought without a Masters championship. He hasn’t won a major championship since the 2008 U.S. Open at Torrey Pines, a drought of nearly 4,000 days. That’s too long. Tiger might need a 67 or better on Sunday to win, so he’ll have to do more with the par-5s on the front than he did in the first three rounds.

Nick Pietruszkiewicz: That’s a loaded leaderboard, complete with major champions and players who have stared down Tiger Woods in the past year (see Brooks Koepka, PGA; Francesco Molinari, The Open). Still, this feels like the moment when Tiger sheds the weight of the drought and slips on a green jacket.

What will Tiger do and where will he finish?

Harig: Tiger will shoot 70, which will be enough to tease his followers but not enough to take down Molinari, who has given himself a cushion. Tiger ties for second in another close call at a major championship.

Collins: Tiger will shoot 69 and finish second. The hardest stat to comprehend when it comes to TW is the fact that he has never won a major from behind … ever. What an amazing performance it will be, but when it comes down to it, like Tiger said a long time ago, “Second, sucks.”

O’Connor: First. Don’t you guys know how to read? Molinari is tough as nails and has Tiger’s number, and Koepka is a lethal threat … But Tiger ’19 will be Nicklaus ’86.

Schlabach: There’s going to be one guy who sleeps better than the rest of the contenders Saturday night, and that’s Woods, a 14-time major winner. He’ll have the patrons behind him Sunday morning, and no one has thrived in these kinds of situations more than Tiger since Jack and Arnie. I didn’t think Tiger had a chance this week because of his suspect putting, but he rolled the ball exceptionally well Saturday after a couple of so-so rounds. He’s going to be right there in the mix until the very end.

Pietruszkiewicz: So, clearly, I have Tiger winning this come early afternoon. But it’s going to take a low number. First, he has to catch Molinari. Next, he has to hold off a full leaderboard that has attacked Augusta National over three days. Something that starts with a “7” won’t do it. This will be one to remember, a final-round 65 that will find an important place in the Masters storybook.

Which player in the hunt is going to struggle Sunday?

Harig: The problem for Tony Finau is backing up the 64 he shot Saturday. That’s always hard to do. It’s also hard to win anywhere, and Finau still has just a single victory, for all his success and improvement. The last time he was in this position, at the U.S. Open at Shinnecock, he had a tough day. Chances are he has learned plenty from that, but it’s possible he struggles again.

Collins: Ian Poulter has played three solid rounds of golf, but his third round was played with one Tiger Woods. The grind of the day and the lack of turnaround time mean Poulter will be gassed by the back nine.

O’Connor: Webb Simpson has missed three cuts and never finished better than T-20 in seven previous Masters appearances … so I don’t see him backing up Saturday’s 64.

Schlabach: No offense to Simpson, but I can’t see how he plays as well as he did Saturday, when he came within one shot of matching the Masters 18-hole scoring record with an 8-under 64. Sunday morning’s weather conditions are going to be similar to Saturday’s, with warm temperatures and high humidity, and it will be a day dominated by the long hitters. That’s not Simpson.

Pietruszkiewicz: Finau shot 64 on Saturday. Obviously he has the game. One day, perhaps very soon, he will walk up the 18th fairway and get his hands on a green jacket. It just won’t be this time. It’s not easy to turn around after a 64 and fire off another one, which is exactly what might be required to win this. Something tells me a 70-something is headed our way from Finau.

How far back is too far back? Which player could make a big move and win the green jacket?

Harig: For much of the past 30 years, the winner has come out of the final group. That suggests you need to be close. Certainly it’s possible someone shoots a low number to win, but it seems anything more than 4 shots back is too much to ask. That means it comes down to Molinari, Finau, Woods, Koepka, Simpson and Poulter.

Collins: If it was anyone other than Molinari, I’d say six shots was doable, but he’s playing too good for that to be the case. Dustin Johnson is the one guy who could drop a 63 on Sunday and take the green jacket for himself, so I have to say five shots is the number, but I’m not even a little bit confident in saying that.

O’Connor: I would have said 8 under, but not with Johnson at that number. I’ll say 7 under is too far back. And I think DJ is the man with the firepower to shoot a ridiculous number and steal this thing.

Schlabach: There are 14 players within six shots of Molinari, and that’s probably as big of a hole as someone can climb out of on Sunday. Augusta National didn’t put up much of a fight Saturday — there were three scores of 64 for crying out loud — so anything is possible Sunday. I could see someone like Koepka, Johnson or Xander Schauffele doing something special Sunday. It’s wide open, and it all comes down to who can handle their nerves and avoid big mistakes.

Pietruszkiewicz: Well, if anyone back in the pack is going to make a run, he’s going to need some help from Molinari. But Rickie Fowler made a big push last year — 65-67 on the weekend — so he knows how to post a number at Augusta National when the pressure is at its highest. He’ll go into Sunday’s final round six shots behind Molinari. If he can get an eagle at No. 2 and maybe go out in 30 or 31 on the first nine, it’s possible he could get that first major title in a memorable way.