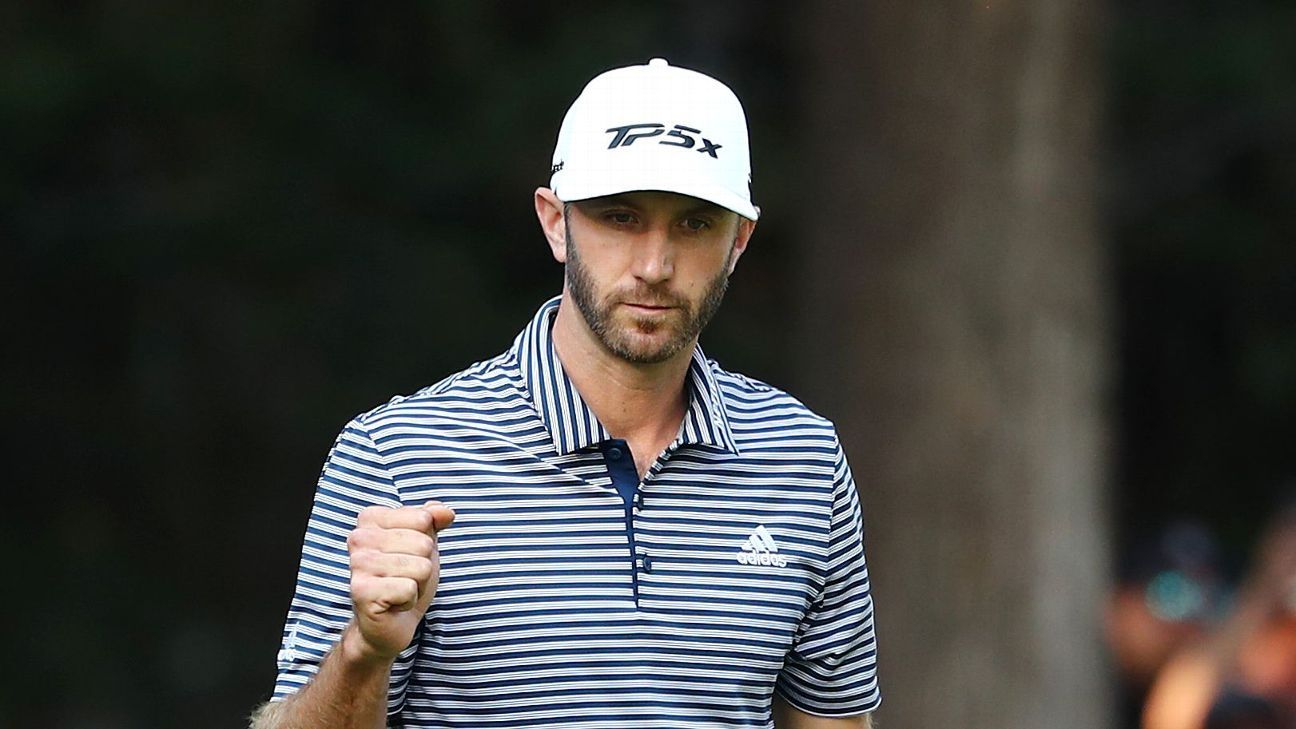 MEXICO CITY — When Dustin Johnson dominates as he did again in winning the WGC-Mexico Championship for the second time on Sunday, it often makes you wonder why he doesn’t bring home more of the tournament hardware.

The game can appear to look so easy for him, and playing in the thin air of Mexico City and bombing drives into the sky almost seems unfair. The raw power, the athleticism, the much-improved wedge game … all of it has put Johnson, 34, near the top of the world rankings for the better part of two years and within percentage points of being No. 1 again.

So about piling up those tournament victories?

While it seems as if Johnson could have more, the fact that he picked up win No. 20 on the PGA Tour is a remarkable achievement during a time of immense depth and parity. Johnson has traded spots atop the world rankings with three other players over the past year, but nobody has accomplished what he just did, going back 11 years.

The last time a player achieved victory No. 20 in his PGA Tour career was when Davis Love III won the now-defunct Walt Disney World Classic at age 44 in 2008. It has become a rare feat.

Mickelson and Woods, of course, are iconic players who reached those numbers quickly and kept going. Johnson is just the 38th player to get to the milestone, putting him in some elite company, meaning he will attain lifetime PGA Tour membership status after his 15th year.

“Yeah, 20 is nice, I definitely wanted to get to that 20 number,” Johnson said. “I would have liked to have done it a little bit quicker, but I’m pleased with where I’m at, and to get 20 wins obviously is a lifetime exemption on the Tour, so that’s a very big accomplishment and I’m very proud of myself for doing it.”

In addition to Love, Lanny Wadkins won 21 times, with Greg Norman and Hale Irwin each winning 20.

Johnson is not one to study up on golf history, which might have something to do with how a victory total such as this kind of snuck up on the golf world at large. But it is impressive nonetheless.

And he has gotten there with a flurry of victories in recent years espousing a simple mandate.

“My goal is to try and win every tournament I play, but I want to be in contention,” he said. “I want to give myself a chance going to the back every time on Sunday.”

Tiger Woods finishes tied for 10th, Justin Thomas’ final round 62 moves him to 9th, but Dustin Johnson wins at the WGC-Mexico Championship.

While that is a lofty goal it is not really achievable. Still, Johnson has not been far off. Starting three years ago, he’s won a minimum of three tournaments worldwide each year, with the WGC-Mexico title his second of this season (he won the Saudi International on the European Tour three weeks ago.)

Also during that period, Johnson has racked up 30 top-10 finishes outside of his victories while missing just five cuts.

Since returning from a six-month leave of absence in 2015 to deal with personal issues, while also learning how to dial in his wedge shots, Johnson has been among the most feared players in the game.

His ability to drive it so far — and he’s typically fearless using a driver off the tee — means numerous short-iron approaches into greens, which is why getting his wedge game figured out has paid huge dividends. He’s also a deft short-game player. And when his putting is on, Johnson is hard to beat.

Of course, what would truly make Johnson’s career record that much more impressive is more major championships. When he won the U.S. Open at Oakmont in 2016 — a year after spectacularly blowing the championship to Jordan Spieth — it seemed a huge breakthrough, with more to come. He showed some huge resiliency as part of that victory, not just rebounding from a year earlier but also overcoming a controversial final-round ruling.

But Johnson couldn’t convert a 36-hole lead at the U.S. Open last year, shooting a third- round 77 before finishing third.

And there are those near-misses that could have greatly altered his resume: the 2010 U.S. Open, where he coughed up a third-round lead; the 2010 PGA Championship, where he took a two-shot penalty on the final hole for grounding his club in a hazard, missing out on a sudden-death playoff. And the 2011 Open when Darren Clarke prevailed as Johnson pumped a tee shot out of bounds on the back nine.

Imagine what the record could be?

Johnson handled all those defeats, and knows the opportunities that await. We’ll always wonder what might have been had he not slipped on the stairs at his Augusta rental house two years ago that day prior to the Masters when he was the hottest player in the world. Perhaps this is the year.

That’s why after a four-week stretch that took him to Saudi Arabia, Pebble Beach, Riviera and Mexico, he’s not too keen on sitting back and enjoying what he’s just accomplished.

“There’s just too many tournaments coming up,” said Johnson, who will compete next at the Players Championship. “I want to keep my game as sharp as I can. There’s definitely some things I can work on when I go home. I’ll be right back to work because this year, this time of year’s just too important. I don’t really have the time to take any time off.”