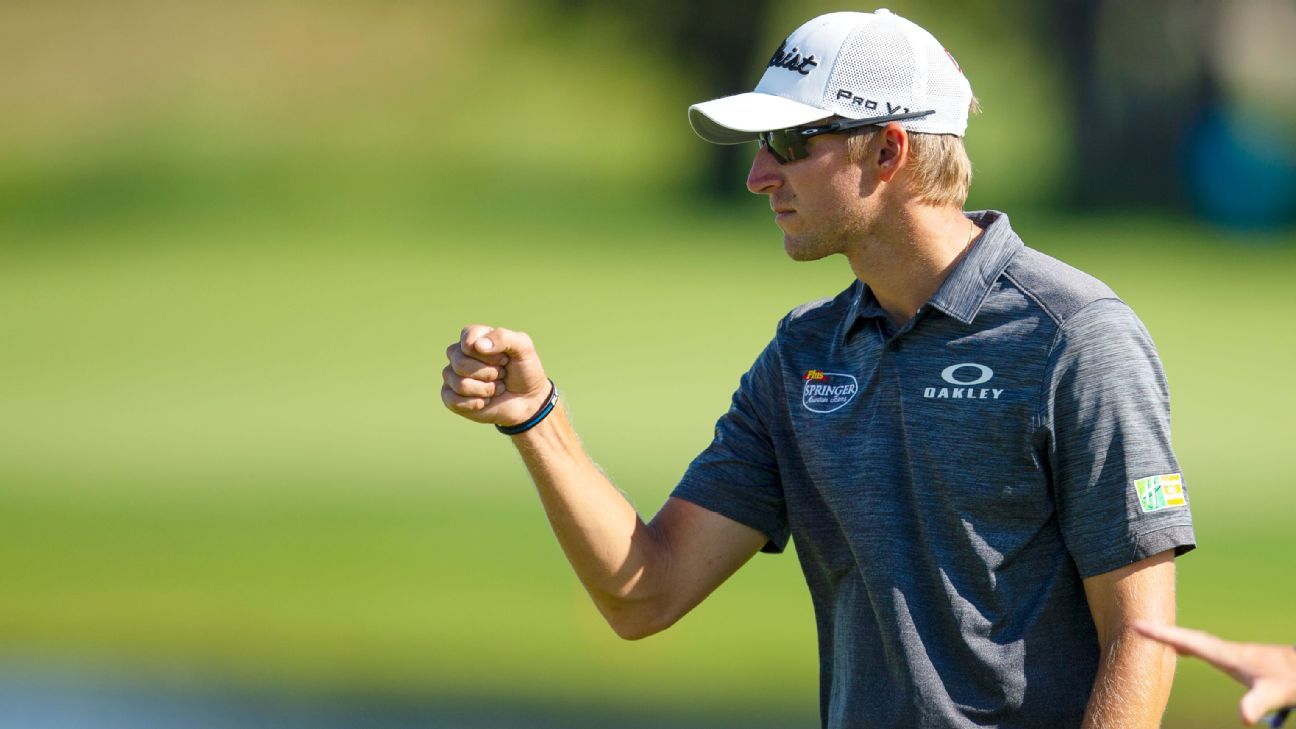 BLAINE, Minn. — The coronavirus pandemic has squelched the upbeat and welcoming vibe that marked the debut of the 3M Open last year.

The fans might have been absent, but the soft greens were plenty friendly Thursday for Richy Werenski to take full advantage.

“I have a good feeling they’ll get nice and firm as the week goes on, but you start it online, it will stay there. They’re really good,” said Werenski, who made a short birdie putt on the par-5 18th for an 8-under 63 and the first-round lead.

Werenski broke a tie with Michael Thompson with his ninth and last birdie on the warm, windy afternoon at the TPC Twin Cities. Defending champion Matthew Wolff, Tony Finau, Nick Watney, Ryan Moore, Xin-Jun Zhang and Max Homa were tied for third at 65. There’s an 11-way tie behind them at 5 under.

“To play a round like I did today, you’ve got to make the putts, but … I feel like my irons have really been coming along,” said the 24-year-old Werenski, who is winless on the PGA Tour and ranked 248th in the world.

Werenski has had two unexpected layoffs after finishing 126th in the FedEx Cup standings last year. He broke his wrist in the fall. Then came the pandemic that shut down the tour this spring.

Thompson, who entered the week in 151st place in the FedEx Cup standings, enjoyed a bogey-free round, also thanks to the accuracy of his short game.

“It’s really just being diligent about playing my own game. I’m not the longest hitter out here. I’m a really good putter, so I’m going to rely on that,” Thompson said.