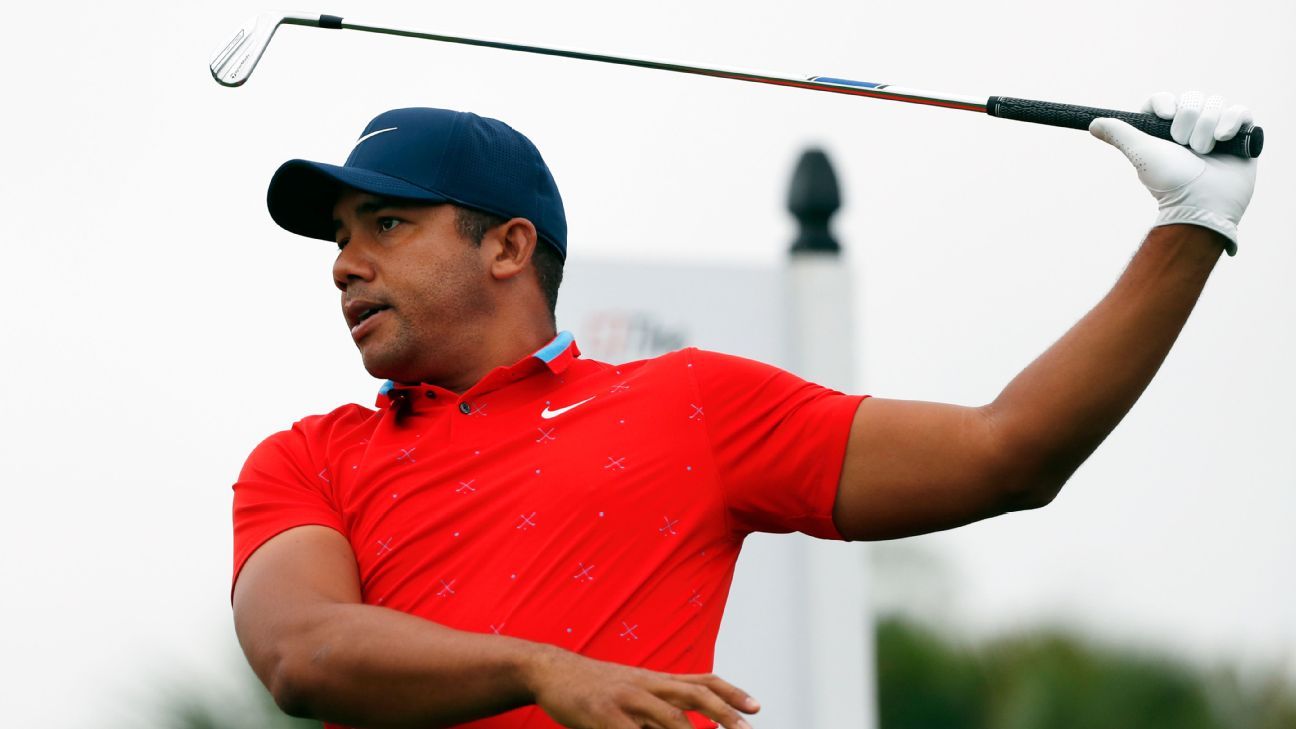 PALM BEACH GARDENS, Fla. — A year ago at The Honda Classic, Jhonattan Vegas made seven birdies all week.

He’s off to a much better start this time.

Vegas made six birdies and no bogeys Thursday, shooting a 6-under 64 to open a two-stroke lead after the first round. Lucas Glover bogeyed his finishing hole for a 66, leaving him tied with Zach Johnson, Ernie Els and Ben Silverman — who went to college at nearby Florida Atlantic.

“Hit my irons the best I’ve hit them all year and I’ve always liked this golf course,” Vegas said. “It’s kind of one of those courses that I think suits me. You have to hit the ball well and you have to get around really well. And then I made a few putts.”

Brooks Koepka, Rickie Fowler and Sergio Garcia were in a large group at 67, and defending champion Justin Thomas shot 68 after an eventful day that saw him play the last eight holes without a 9-iron after it bent when he hit it against a tree.

“To feel like I gave quite a few back today and shoot 2-under par on this golf course, it’s great,” Thomas said.

Also at 68 was Sam Saunders, the grandson of golf legend Arnold Palmer. Saunders birdied all three holes in the famed “Bear Trap” stretch at PGA National, the run of holes 15 through 17 where a par 4 is sandwiched by a pair of par 3s that can be treacherous even without much wind.

Vegas made 12 bogeys last year at the Honda, along with three doubles and a triple, wound up beating only one of the 74 finishers and wrapped up the week with a final-round 78. He sprayed irons everywhere, missed half of the fairways, more than half of the greens.

But Thursday, he was dialed in — missing only three of 14 fairways and three of the 18 greens, needing only 29 putts to get through the day.

“I felt like I was in control pretty much all day long,” Vegas said.

The 34-year-old Venezuelan has three PGA Tour victories, winning the 2011 Bob Hope Classic and the RBC Canadian Open in 2016 and 2017.

Vegas took advantage on a day to make noise at PGA National, where the wind was down. And that’s not typical.

Forecasters correctly said breezes would be relatively light all day and should stay that way until perhaps the weekend, though Johnson — whose weather apps said breezes were going to be no more than 3 or 4 mph — was among those who felt the wind was still a factor and fluctuated more than expected.

“We had a stretch there on the front nine where it was a lot more than that,” Johnson said. “The ball curving with the wind, depending on the direction, easily 10 to 15 to 20 yards. And then we made the turn and it started to be more consistent, not as gusty. … It was not Honda wind. I don’t think we’re going to get Honda wind until Sunday.”

Els had no complaints.

Els has won more than 70 tournaments worldwide, 19 of them on the PGA Tour — the last of those coming in 2012 at the British Open. Getting a 20th on tour, he said, has been a goal for some time.

“Secretly on tour among the players, you know when you win No. 20 you get some benefits,” Els said. “It’s late in my career, but I’ll take any win now.”

Thomas sizzled at the start with three birdies in his first four holes, and made the turn at 4-under.

That’s when his day got eventful.

His drive ended up behind a tree on the 10th, and he figured that his 9-iron would snap on the follow-through of his approach shot. It merely bent instead, and the jolt of the impact meant Thomas was going to be spending some time Thursday night with an icepack on his wrist. He doesn’t believe it’ll impact him Friday.

“Just more of a shock than anything,” Thomas said.

Thomas then found his way into and out of trouble on the Bear Trap — making double-bogey, then having a par putt slide past the hole on 16, and making birdie on 17. He then birdied the last as well.

“It’s a great round, at the end of the day,” Garcia said.

Fowler went into the water twice and wound up making a triple-bogey on the par-4 sixth, his nemesis hole at PGA National. In his last four rounds at the Honda, he’s 7 over on that hole.

Alex Cejka was disqualified for using an improper greens-reading device, officials said. He withdrew from last year’s tournament and missed the cut in 2017.