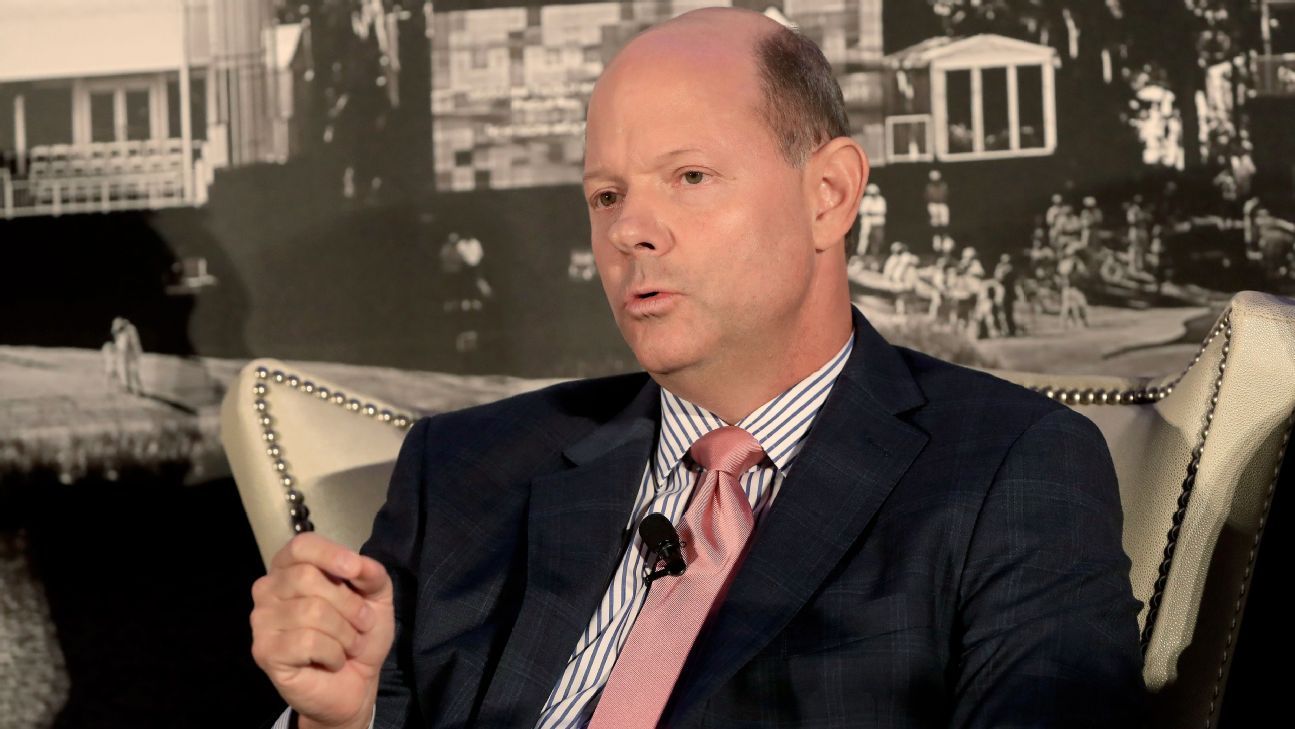 Mike Davis, the chief setup person for U.S. Open courses since 2005, is relinquishing those duties voluntarily to focus on his responsibilities as the USGA’s chief executive officer.

The move, Davis said, has been under consideration for several years and is not in response to several recent controversies at the U.S. Open, including the third round of the 2018 tournament at Shinnecock Hills, where an admitted miscalculation of the wind by the USGA led to soaring scores and numerous complaints from players.

Although Davis was widely lauded for his various setups at U.S. Opens after taking that role in 2005, the organization has dealt with issues at each of its past four national championships.

There was a greens-turf issue at Chambers Bay in 2015, the Dustin Johnson ruling at Oakmont in 2016, fairways that were deemed too wide in 2017 at Erin Hills, and the severity of the setup during the third round at Shinnecock in 2018.

This year’s U.S. Open is at Pebble Beach, where the course is celebrating its 100th anniversary. It will be the sixth playing of the U.S. Open at the California site.

Davis admitted in an interview with Golf Channel that a detailed review of the U.S. Open showed mistakes made by the USGA.

“It wasn’t that there was a judgment to make the course harder on Saturday by not applying water [to the greens] in the morning,” Davis said. “Water was applied on the front nine, where there were no complaints. It was a failure of carrying out the intention of applying enough water on the back nine. That was not the Shinnecock Hills club’s fault. We erred there. The USGA erred.”

Davis said a big part of the reason for the switch was a change in his role that began in 2016 when he switched from the organization’s executive director to its CEO. When Davis was named executive director in 2011, it was with the offer to retain his duties as the main course setup person for USGA championships.

The new role moved power from a volunteer president who is elected on one-year renewable terms to the CEO, hence more responsibilities.

“The USGA continues to evolve its leadership structure to drive greater impact to the game,” Davis said in a statement. “The latest set of changes provides functional ownership of all 14 championships to John Bodenhamer, all governance functions to Thomas Pagel, and other executive shifts that have been planned for some time to improve efficiency and leverage our internal expertise.

“They represent an important evolution in how we lead the game forward. As stewards of the game, it is our responsibilities to take the biggest challenges affecting golf’s future, and we’re now better aligned to prioritize the important work ahead of us.”

The USGA — along with the R&A — is just three days into a rollout of several new rules that took effect Jan. 1 after a lengthy process to revamp the Rules of Golf.