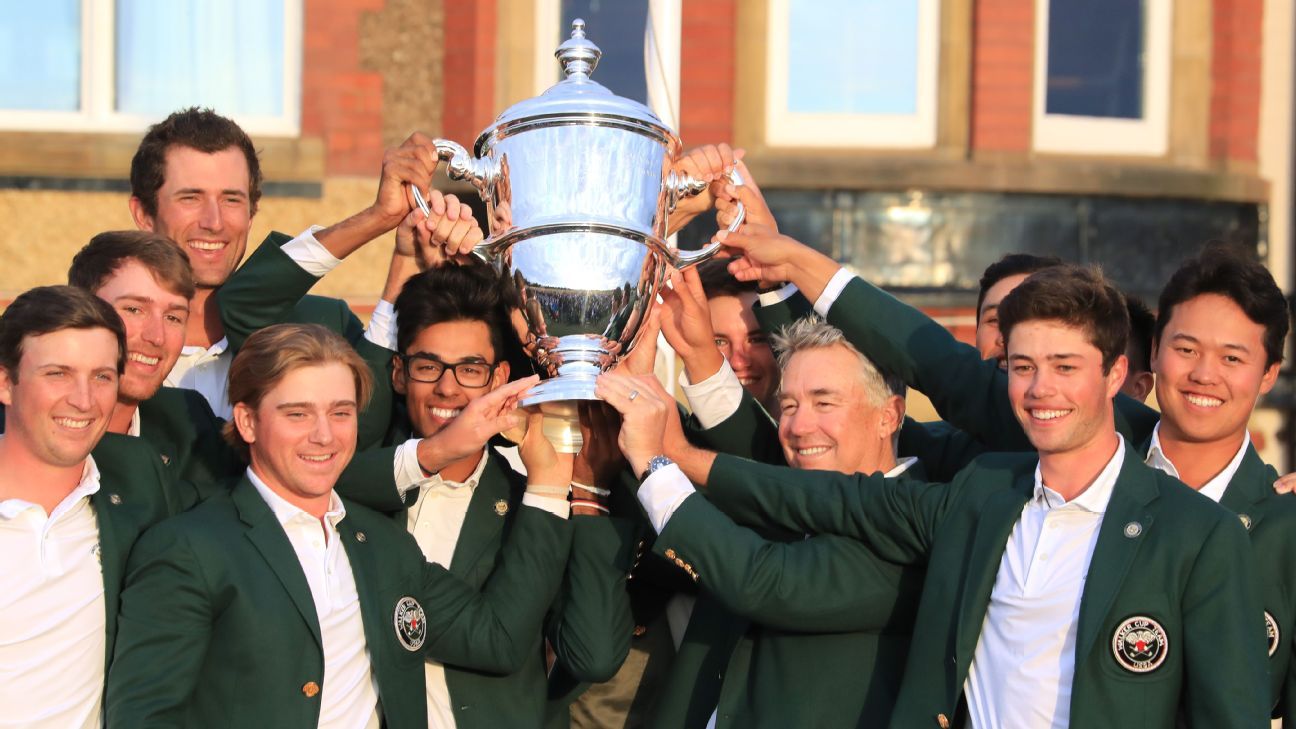 HOYLAKE, England — Cole Hammer had the shortest match and the Americans made quick work of Great Britain & Ireland to win eight of 10 singles matches Sunday as they rallied for a 15+-10+ victory in the Walker Cup.

GB&I had a 7-5 lead going into the final day at Royal Liverpool. The Americans closed within one point after winning two foursomes matches and tying another in the morning. It was no contest in the afternoon, from Hammer’s 6-and-5 victory over Conor Purcell to U.S. Amateur champion Andy Ogletree’s 2-and-1 victory over Conor Gough.

The Americans won the amateur competition for the second straight time and now lead the series 37-9-1. Team USA won for the first time away from home since 2007 at Royal County Down.