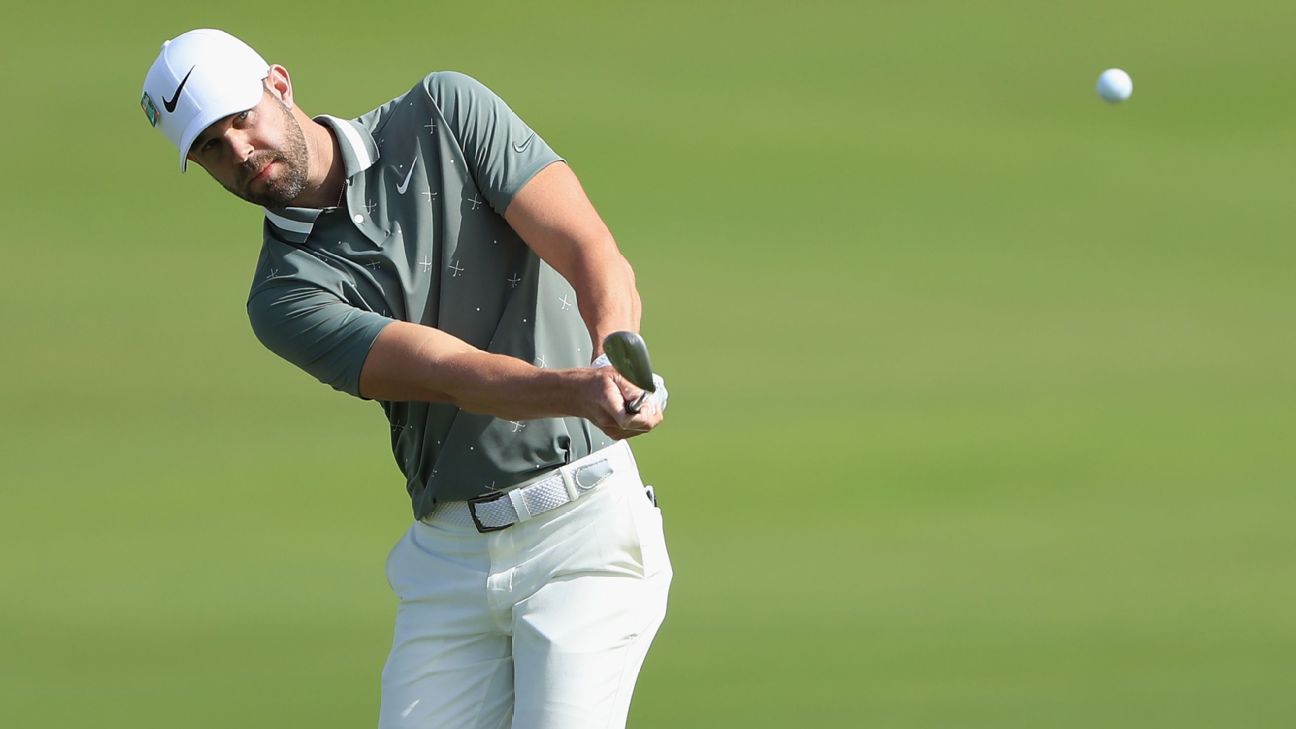 KAPALUA, Hawaii — Kevin Tway returned to Kapalua a lot older, taller and better, and made his Sentry Tournament of Champions debut with a 7-under 66 to build a one-shot lead Thursday after the first round of the new year.

Tway last came to this idyllic resort on the west end of Maui as the 15-year-old son of former PGA champion Bob Tway. He qualified for this winners-only field by winning the Safeway Open for his first PGA Tour victory.

He led by one shot over Dustin Johnson and Justin Thomas, the past two winners at Kapalua, and Gary Woodland.

The opening round of 2019 featured a hole-in-one by Patton Kizzire and the first example of new rules when Bryson DeChambeau made a par putt with the pin still in the cup.