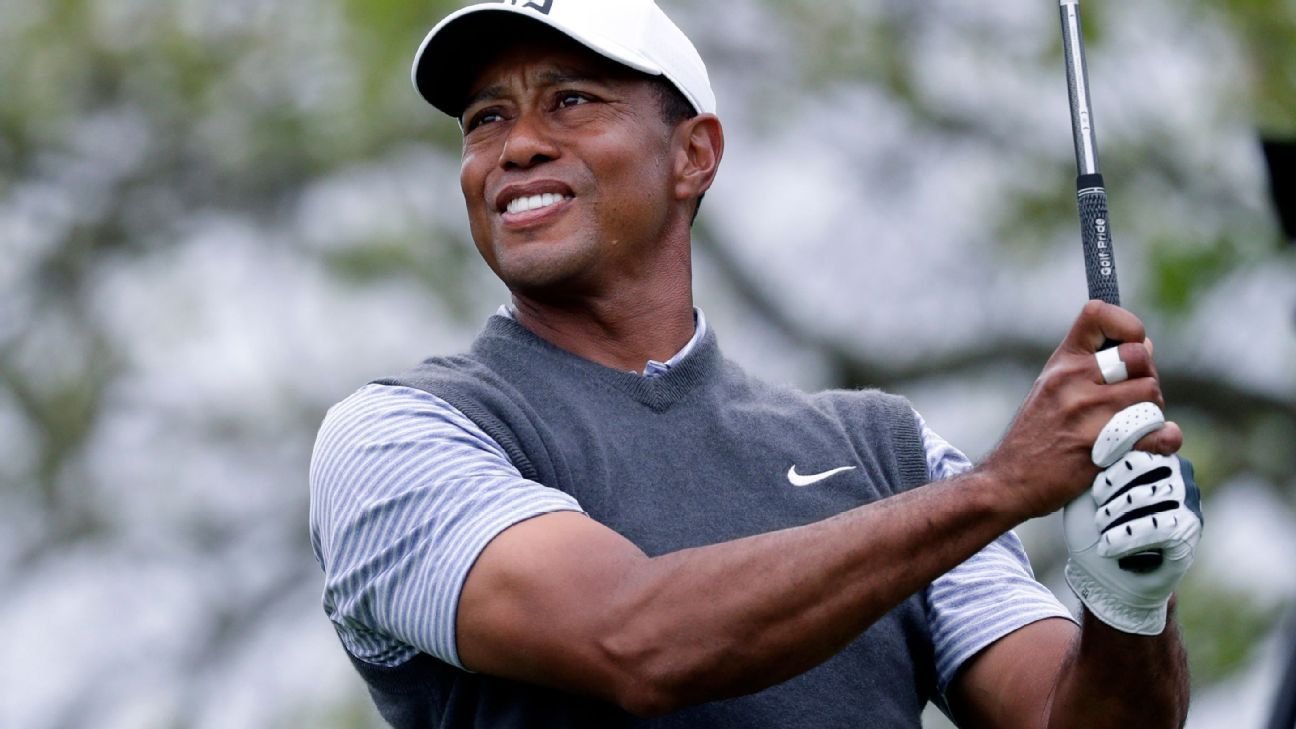 AUSTIN, Texas – For the better part of three days at Austin Country Club, Tiger Woods emitted a vibe of frustration. Quirky course. Indifferent putting. Questionable decisions. And a match play performance that suggested he’d be getting an earlier start on Masters preparation.

Then Woods holed an 83-yard wedge shot Friday afternoon that changed everything.

The eagle at the 13th hole propelled Woods to a 4 and 2 victory over Patrick Cantlay and – coupled with Brandt Snedeker’s 6 and 4 loss to Aaron Wise – a victory in his group at the WGC-Dell Technologies Match Play Championship.

He will face Rory McIlroy in the Round of 16 on Saturday morning with the format being straight knock out through to Sunday’s final match. McIlroy advanced out of his group with a 4 and 2 victory over Matthew Fitpatrick.

“It’s exciting,” said McIlroy about facing Woods. “It’s exciting for the tournament and it’s going to be exciting for us. I feel good about my game. I’ve played well all year. I’ve continued to do that this week.

“It’s definitely going to be one of those ones where I need to go out there and stick to my game plan, and not really look at what he does until I maybe have to towards the end.”

Woods and McIlroy are very familiar with one another. Although they’ve never competed at match play in either the Ryder Cup or this event, they’ve been in the same group 18 times in official PGA Tour events, with Woods shooting the lower score on nine occasions and tying three times. (They have also been paired together five times on the European Tour, with McIlroy having the better score three times.)

Among those was the final round of the Tour Championship last September in Atlanta, where Woods shot 71 to McIlroy’s 74 and captured his 80th PGA Tour title.

“I need to put up a better fight than I did in Atlanta last year,” McIlroy said. “I didn’t have much of a game that day.”

Cantlay was far less familiar, having played just one round with Woods. And although there were several key points in the Woods-Cantlay match, the hole-out for eagle was huge, as it helped Woods erase a 2-down deficit through 8 holes and go 2-up with just five to play.

“I laid up to make sure that I put pressure on him on that tee shot, if he was going to go for it,” said Woods, who hit his tee shot 222 yards on the hole guarded by water on the left – and where he hit it against Snedeker on Thursday, taking a penalty. “I saw his hand go towards the driver a couple of times, and they were talking about it.

“And so I put it in the fairway and I thought his drive might have snuck but into the rough back there, but from the way they were kind of looking at the golf ball, it looked like it was probably going to be in the fairway. I knew I needed to put it up there to at least have a chance at a 3, to force him to have a good pitch from down there. And it was a bit of a bonus.”

Woods used a 60-degree sand wedge from 83 yards to land the ball approximately pin high, then saw it spin back and trickle into the hole for a 2, eliciting big cheers and a couple of fist pumps from the three-time winner of this tournament.

Cantlay, 27, a one-time winner on the PGA Tour who is ranked 19th in the world, put up a fight early, making birdies at the third, fifth and sixth holes to go 1 up. He then took a 2-up lead despite a tricky drop from a cart path that left him in trouble, only to see Woods miss the green, hit a poor chip from the fringe and miss a 6-footer for par and make a bogey.

But Cantlay would not win another hole, making a big mistake by driving into a penalty area at the downhill ninth.

“He got a bad break on 9,” Woods said. “Hit a really nice drive down there, caught the hill, went in the hazard. And I was able to win that hole, grab a little momentum going into the back nine.

“There is a big difference between 1 down and 2 down. For some reason it just seems like if you win a couple of holes, all of a sudden you can get up in a match versus trying to get back to all square. You’re fighting, fighting. So that was big to have a little momentum going to the back nine.”

Woods squared the match by making a 20-footer for birdie at the 11th, went ahead when he birdied the par-5 12th while Cantlay could not match. Then came the eagle at the 13th and another birdie at the 14th, with Woods playing a six-hole stretch from the 11th to the 16th in 6 under par.

“I’m thankful for the format because I’d be going home yesterday,” Woods said of the old knockout style. “So I get a chance to play tomorrow morning and hopefully I can play well enough to continue advancing.”

Woods, who went 2-1 in his group, needed Wise to defeat Snedeker in order to advance; had they tied, Woods would have gone to a sudden-death playoff with Snedeker.

But after taking down Woods on Thursday, Snedeker lost two early holes with bogeys and made just two birdies in his round and was 3 down through 10 before the match ended on the 14th.

Woods said he never paid attention to the other match until his was nearly over because “I needed to take care of my own match. It’s irrelevant if I lose my match.”