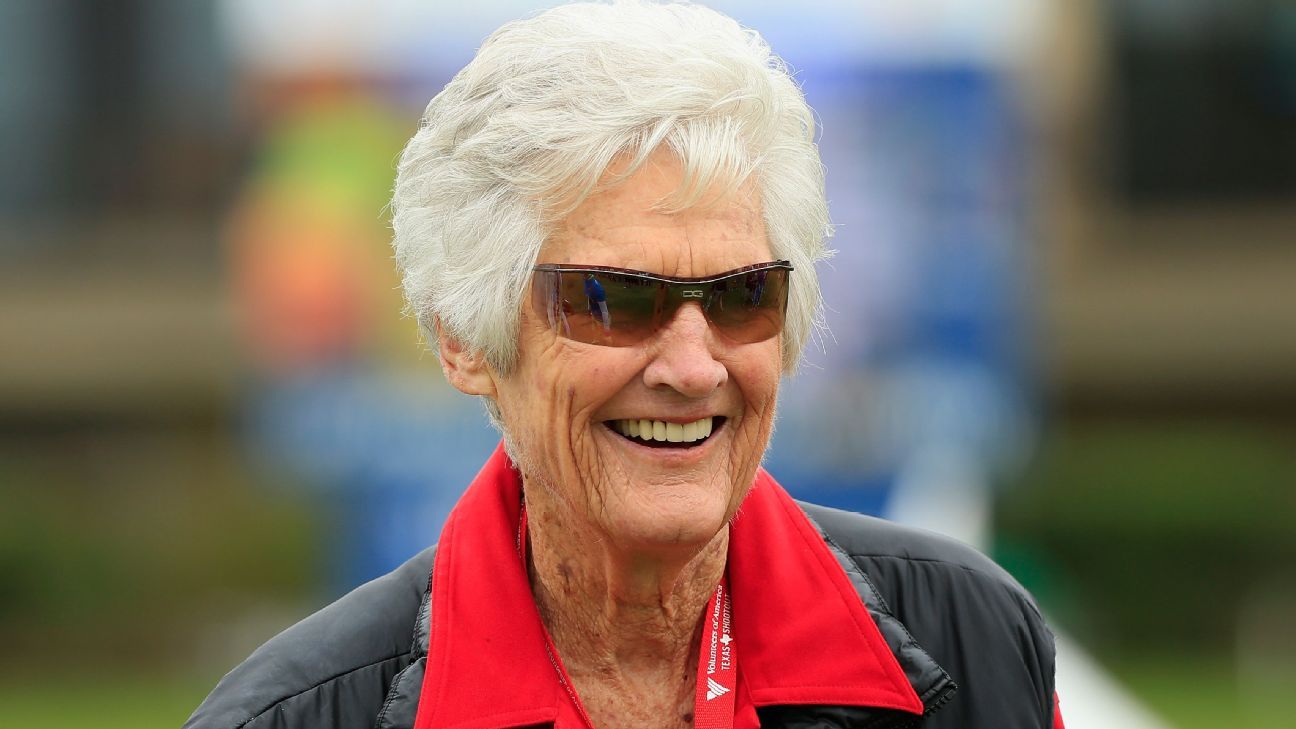 News headlines around the world have exploded ever since Tiger Woods tied Sam Snead‘s 82 career PGA Tour wins on Sunday. Granted, it is an outstanding feat for a man who has recorded a remarkable career.

But there has been one important thing missing in the conversation about Woods’ recent milestone win — and that is how he still has some work to do to tie or surpass the LPGA’s Kathy Whitworth, who recorded 88 career wins during her hall-of-fame career.

To be clear, that is a number that still sits atop golf’s winningest record by man or woman, and yet, it seems to have been either forgotten, overlooked or discounted.

Monday through Friday, host Mina Kimes brings you an inside look at the most interesting stories at ESPN, as told by the top reporters and insiders on the planet. Listen

No doubt, if Whitworth had won those 88 tournaments on the PGA Tour, the conversation would be about how Woods only needs six more tournament wins to tie. So, in an effort to fill in the blanks and enlighten the golf world about what they should know about this frontrunner, let’s start with a few key facts:

Whitworth won at least one tournament in all but two years between 1962 and 1985. Her career spanned from 1959 to 1991, largely in an era in which women’s golf was not televised (the first women’s event was broadcast in 1963).

She led the LPGA’s money list eight times, was the LPGA’s player of the year and Vare Trophy winner (for low season scoring average) seven times each, and won six major championships. She became the LPGA’s seventh Hall of Fame member in 1975.

The naysayers of women’s golf might ask, “Well, who did she play?” Whitworth’s career spanned three distinct decades, ranging from the 1960s when the LPGA was just making important strides with such future hall-of-famers as Mickey Wright, Betsy Rawls and Louise Suggs, to the 1970s and 1980s, with competition against more future hall members in JoAnne Carner, Nancy Lopez, Patty Sheehan, Betsy King and Beth Daniel.

In other words, Whitworth was in good company every Sunday, just as Woods is today. The difference, however, was vast — from the start of her career to her last season in 1991.

And when Whitworth’s annual contract for $25,000 as a Wilson staff member was not renewed in 1999, after 40 years with Wilson Sporting Goods, it was a huge blow to the game’s winningest golfer. By that time, she was teaching golf, playing in corporate outings and writing instruction stories for a few magazines to make a living. By comparison, today’s lucrative endorsement deals for top pros mean they are not trying to squeak out a living when their playing days are over.

But this missive is not about trying to elicit pity for Whitworth. My point is to not only spotlight her fine record, but also to discuss how she got those 88 wins on a fledgling tour begging for eyes and dollars.

Yes, Whitworth played during a time when it was common practice for top LPGA players to put money in lockers of less successful players to help them get to the next tournament stop. They needed everyone to show up to keep the tour going.

Yes, she played during a time of racial discrimination when hotels sometimes “lost” the reservations of African-American players Althea Gibson and Renee Powell, who were forced to share rooms with their white peers. It was also a time when LPGA players, meeting discriminatory resistance from some tournament host clubs, responded in solidarity: “All of us will play or none of us will play.”

Whitworth also competed during a time when promotional barnstorming was required and tour players conducted clinics and exhibitions endorsing golf products before they ever played a tournament practice round. From 1965-1967, Whitworth recalled conducting 46 clinics and nine-hole exhibitions over 62 days for $25 a day — driving from site to site, from Georgia to California.

It was also a time when golf equipment featured no special performance benefits for women. Top women in Whitworth’s era played the same stiff steel shafts as Snead and hit the same hard-feeling golf balls that neither danced nor “bit” on the greens found in today’s equipment. There were no graphite shafts or hybrid clubs and women learned to hit 2-irons and bend them around trees to score.

Years ago, while working on a cover story about Whitworth for Golf World magazine, I asked her what it meant to win 88 times. Her response was “a lot of wonderful moments and nice memories.”

And when I pressed her a bit, she said, “I don’t know how I’m supposed to feel. I guess it’s a milestone for everyone else to shoot for.”

Her response: “A lot of times, I didn’t win; somebody else just lost.” And then there was: “This is a record the LPGA has. I’m more proud of that for them than I am for myself.”

So, while Whitworth’s record-setting 88 wins have somehow fallen off the golf world’s radar, what has not been lost is her humility in winning and her love of the game. She won because she played and she played because she loved golf.

Maybe Whitworth doesn’t care that she’s not in the conversation right now. Maybe it was never her intention to set a mark for the most recognized golfer in the world to try to surpass nearly 30 years later.

And here’s another thought: Maybe he never will.

Lisa D. Mickey has covered golf for Golf World, Golf For Women, The New York Times, the U.S. Golf Association, LPGA.com, Virginia Golfer Magazine and for various other publications and websites. She is based in Florida.