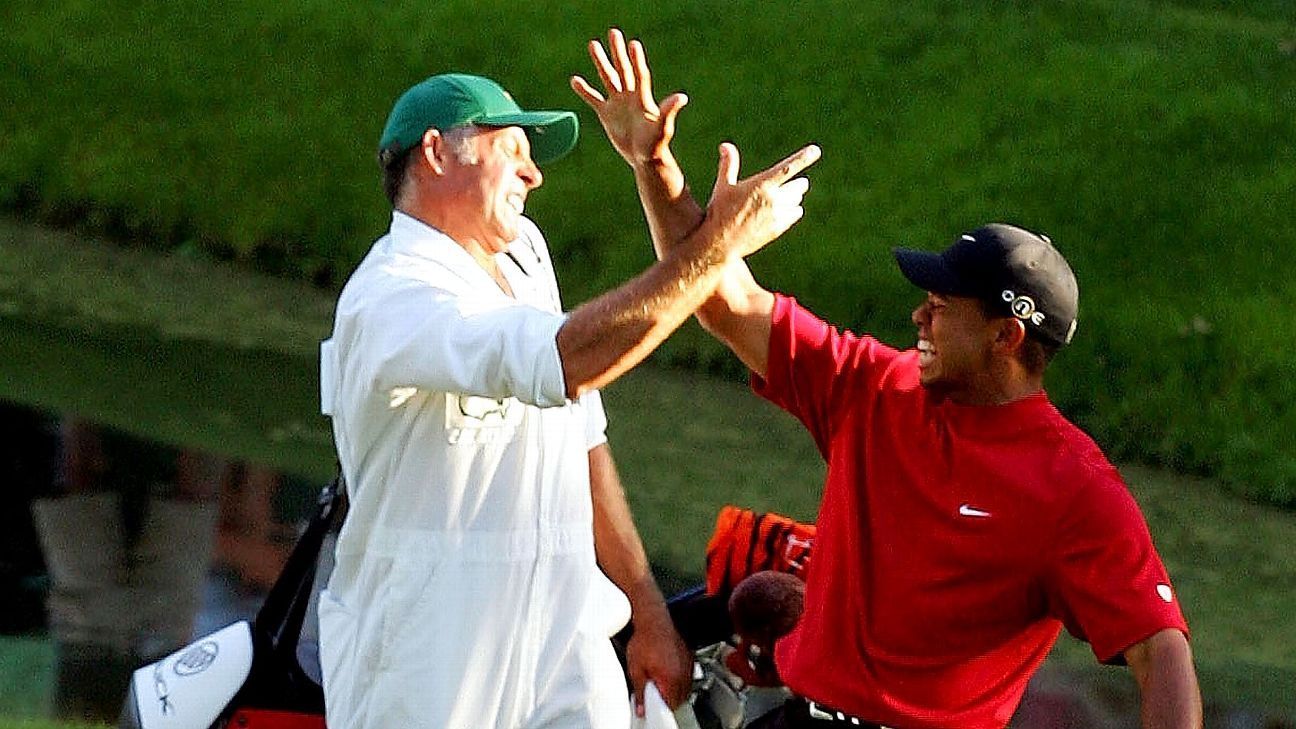 Steve Williams said he has not watched any golf on television since leaving the full-time caddie ranks at the end of 2017. But he couldn’t help but tune in during the wee hours of a Monday morning in New Zealand to catch the end of the Masters. And he said he could not have been much more impressed with the performance of his former employer, Tiger Woods, who won his fifth Masters and 15th major championship on April 14.

“Given the fact that two years ago he stated it he was unlikely to play competitive golf again, or was seriously doubting it … he wouldn’t just say that in jest,” Williams said from Wellington, New Zealand. “There would have been a lot of truth to it. For him to actually come back and full cycle to win a major championship … it’s just an incredible story.

Williams, 55, began caddying for Woods in 1999 and was on his bag for 13 of the 15 major victories, starting with the 1999 PGA Championship and concluding with the 2008 U.S. Open. He worked the better part of 13 years for Woods, their break-up in 2011 somewhat acrimonious as there was a dispute about whether the caddie should be able to work for another player while the golfer was out due to injury.

The two ended up splitting, with Williams caddying for Adam Scott through 2017, including Scott’s 2013 Masters win.

Williams, who also caddied for the likes of Peter Thomson, Greg Norman and Raymond Floyd in his career, saw nothing but good things coming from Woods’ victory. Williams said he tuned in just as Woods, Francesco Molinari and Tony Finau were getting to the 15th hole — at about 5 a.m. in New Zealand.

“You look at it from a broader perspective,” Williams said. “Here in New Zealand, golf is somewhat struggling. The number of rounds is down, junior numbers are slipping. Now that Tiger has come right back there again, winning a major championship, possibly putting Jack’s (Nicklaus) record in play again … it just re-energizes the game.

“It’s absolutely awesome. He’s the only guy who can energize the game like that. All those kids who were watching had to think it was fantastic. And so what he’s done is a remarkable achievement. It’s so positive.”

Woods hired Joe LaCava in 2011 to replace Williams on a full-time basis. Woods has now won 10 times officially on the PGA Tour in that span, including the Masters. That brought his victory total to 81, one shy of the record held by Sam Snead.

The PGA Tour is planning a celebration of the occasion of Woods possibly matching or surpassing Snead’s record with a campaign called “Chasing 82,” which will include a special awards ceremony highlighting both players’ careers following Woods’ 82nd win. Public service announcements began over the weekend at the RBC Heritage Classic.

Snead, who died in 2002, is credited with 81 PGA Tour titles, dating to the 1936 West Virginia Closed Pro and concluding with the 1965 Greater Greensboro Open, which at age 52 made Snead the oldest winner in PGA Tour history.