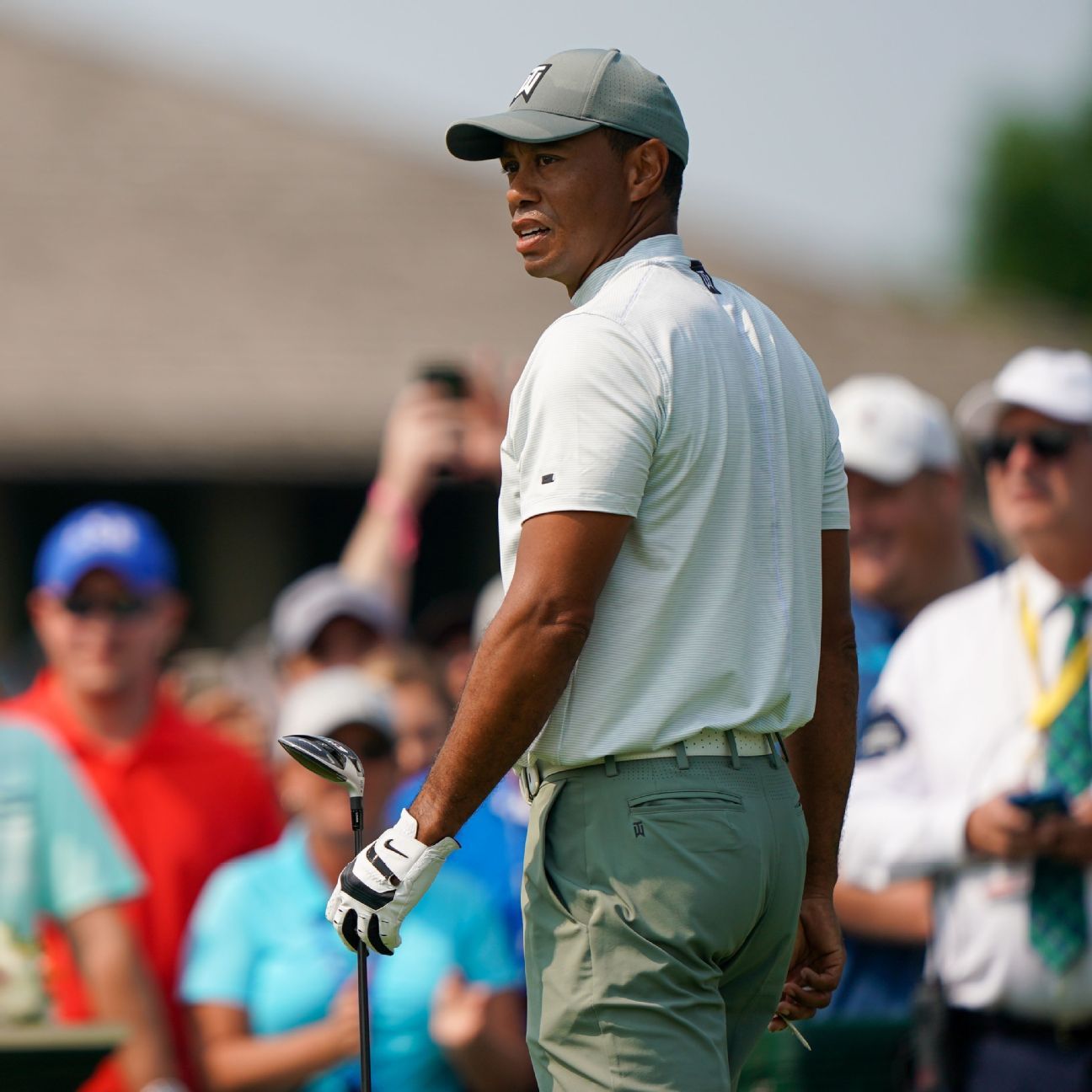 DUBLIN, Ohio — An early run up the leaderboard stalled, and another day of missed opportunities ensued, leaving Tiger Woods out of contention at the Memorial and able to look ahead to the U.S. Open in two weeks.

Four birdies in his first seven holes had Woods in the top 10 at Muirfield Village on Saturday, only for him to be derailed by a double-bogey at the 10th hole, where he couldn’t get out of a fairway bunker. Two bogeys and two birdies over his final four holes led to a score of 2-under-par 70, leaving Woods at 212, 4 under par, and well back of the leaders.

“My game is right where I feel like it needs to be,” said Woods, who is playing his second tournament since winning the Masters, although Saturday was just his fifth competitive round. “I hit a lot of good shots the last three days here and haven’t really scored like I’ve hit the golf ball.

“So if I can combine that and get something out of my rounds, this week I could’ve easily been right there in the mix, and it wasn’t that far away.”

Woods improved to 13 greens in regulation after hitting just 21 total the first two rounds. But if driving issues didn’t plague him, it was some shoddy short-iron play that left him unable to produce good birdie opportunities.

After holing a bunker shot for a birdie at the first and adding three more at the third, fifth and seventh, Woods made the turn in 32 strokes and was in position to make a run on the back nine.

But those hopes were quickly dulled when his tee shot at the 10th found a gaping fairway bunker and Woods caught the lip on his second shot. After blasting out, he wedged onto the green and two-putted for a deflating 6.

He pulled another tee shot at the par-5 11th, leading to a par, then wasted good chances at the 13th and 14th holes when he could not hit wedge shots close.

“I got nothing out of the round today,” he said.

Woods said he is feeling fine, and it’s a good sign that he went to the driving range after his round Friday and again on Saturday. He had been working on drills to help with his driving after the second round, and his game remains a work in progress as the U.S. Open at Pebble Beach approaches.

“I’m so far back, and there’s too many guys. I’m not going to win the golf tournament,” Woods said. “But hopefully I go out and play a positive round of golf tomorrow and get something out of my round like I haven’t done the first three days and get some positive momentum going into the [U.S.] Open.”