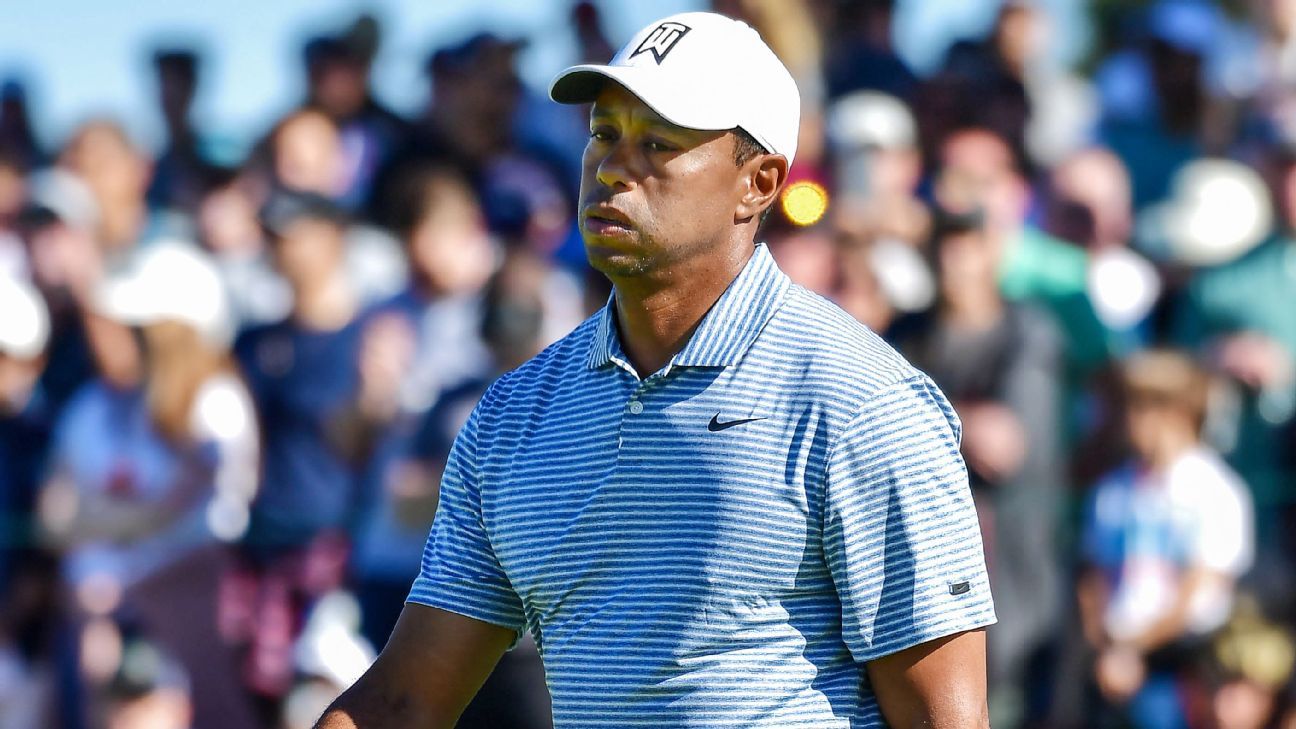 SAN DIEGO — A couple of late birdies took some of the sting out of a tough day for Tiger Woods, who finds himself readjusting his goals while playing on the opposite side of the draw this weekend at the Farmers Insurance Open.

Woods struggled with his iron play and putting during the third round on the South course, salvaging an under-par round but leaving himself plenty to work on with one round to go in his first tournament of 2019.

“I’ve got to play a little bit better than I have, and if I can drive it like I did today and hit my irons a little bit better and give myself plenty of looks … it’s frustrating because I’m hitting a lot of good putts and they’re just not going in.”

That has been the lament all week for Woods, who ranks 50th in the field in strokes gained putting and needed 31 putts in the third round after taking 28 and 29 the first two days.

He also had trouble hitting his irons close, and for the week has missed eight greens after hitting the fairway.

The good news is he is hitting his tee shots decently, having hit 10 of 14 fairways on Saturday. To show how far he has come in that area, Woods his just six fairways all weekend last year at Torrey Pines. He is also far ahead of his greens in regulation pace: he has hit 39 so far through 54 holes; last year he hit 42 for 72.

A year ago, Woods began his comeback from spinal fusion surgery at Torrey Pines with a tie for 23rd.

This is Woods’ first official PGA Tour event since winning the Tour Championship on Sept. 23. In those four months, he played the Ryder Cup the following week, then the one-day Phil Mickelson match in late November followed by the Hero World Challenge, which was seven weeks ago.

“I don’t feel that bad over the shots, it’s just through impact I’m not as clean as I like,” Woods said. “I warmed up really well, today was the best warm-up session I’ve had all week. It doesn’t mean I’m going to hit it well on the golf course. I just didn’t quite have it with my iron game again, but I drove it so much better today, which was nice.”

After Sunday’s final round, Woods will have two weeks at home to work on it. His next scheduled start is the Geneis Open beginning Feb. 14.