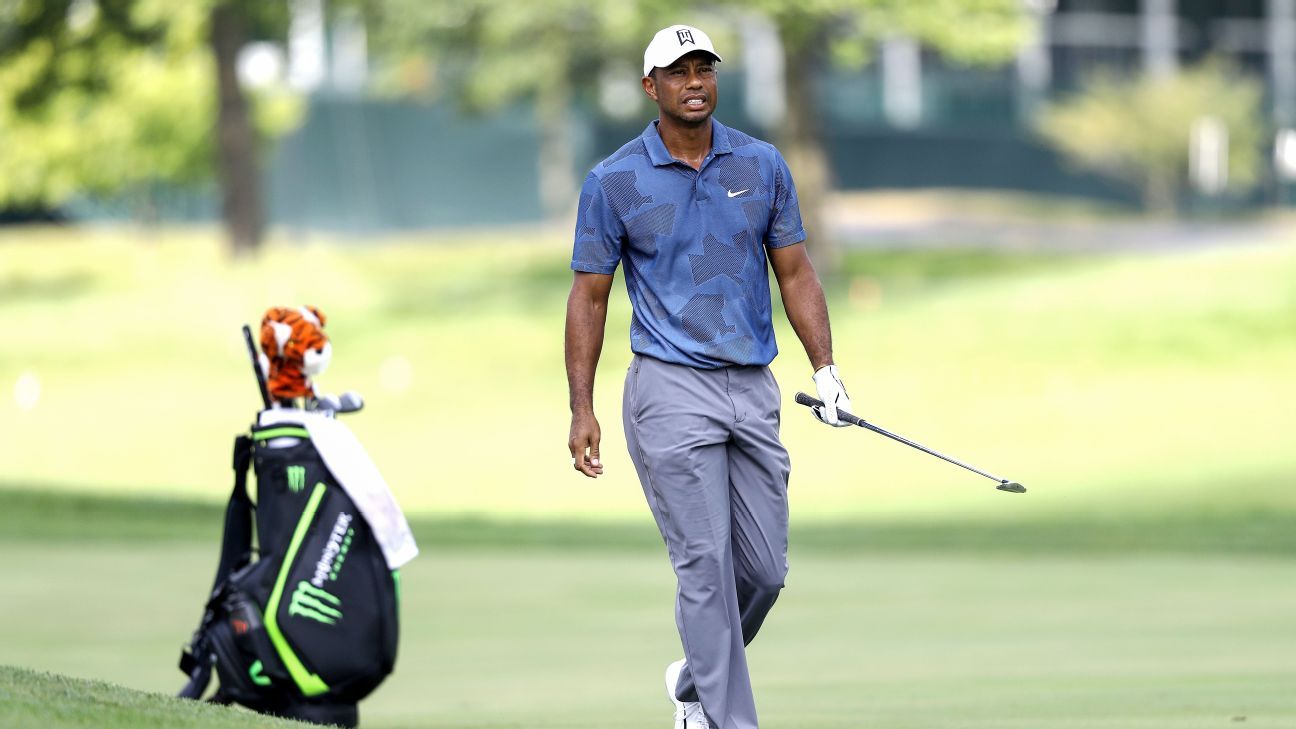 DUBLIN, Ohio — Tiger Woods‘ return to the PGA Tour at the Memorial Tournament might not last as long as he had hoped.

Woods sputtered along all morning Friday, struggling to find the fairway while shooting 4-over 76 to put him at 3 over through the first two rounds and in danger of missing the cut at Muirfield Village.

The projected cut to advance to weekend play was at 2 over entering the afternoon rounds. It would be the first time he has missed the cut in 18 appearances at the Memorial.

“Not very good,” Woods said. “I three-putted two holes early, and whatever kind of momentum I was going to create, I stifled that early and fought it the rest of the day.”

Woods closed Thursday’s opening round with a birdie to put him at 1 under. He needed birdies on two of the final three holes Friday to put himself in position to make the cut.

The normally reserved Woods acknowledged he was dealing with back problems that started while he was warming up prior to Friday’s round.

Woods hit only 10 fairways Friday after reaching 13 in the first round.

He also dealt with back stiffness at the Genesis Open, which was the last tournament he played, back in February, prior to the Memorial.

“Basically, most of my layoffs in my career have been because of surgeries, and so this is a forced layoff for all of us,” Woods said. “This is different than my past layoffs. But this is a new world we’re living in.”

Woods opened his final nine holes with a double bogey — after hitting a sand shot over the green to the other bunker — and a bogey. He closed out the round with two birdies and a par, which he called about the “only positive” to the day.

“Well, I don’t have the same type of stamina as I used to have, that’s for sure, when I was training hard and running and all that stuff,” Woods said. “Granted, I’m a lot older now, so things change, they evolve. Yeah, so it is what it is. Energy, you try to suck it up as best you can and get through it.”