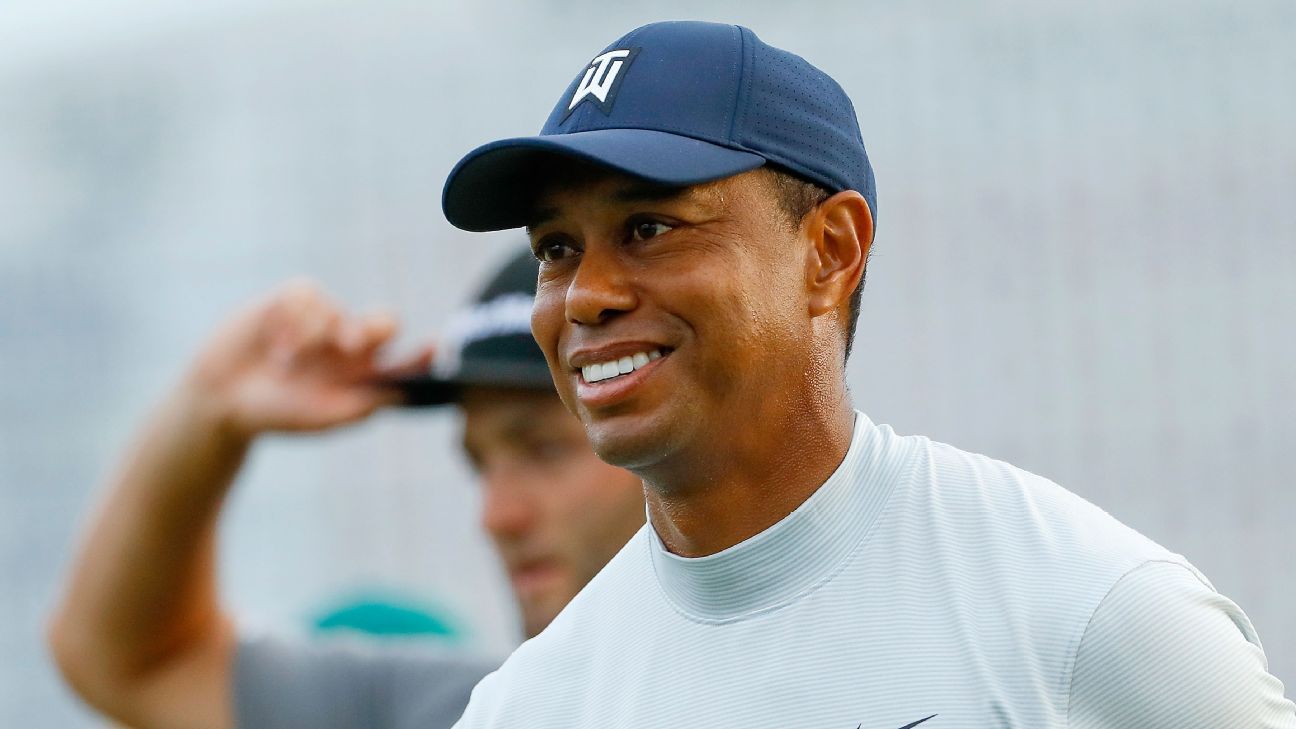 FARMINGDALE, N.Y. — Tiger Woods got to work early Monday to prepare for his first tournament start since winning the Masters, beginning a practice round at cold, rainy Bethpage Black before 8 a.m.

Temperatures in the 40s and rainy conditions greeted players who arrived to get ready for the 101st PGA Championship, which begins Thursday at the public venue that hosted the 2002 and 2009 U.S. Opens. The PGA is now the second major championship on the golf calendar, moving this year to May.

Woods, wearing a ski cap over his golf cap, noted that it was a “good move” to visit Bethpage for a day last week, as weather conditions are expected to be poor until Wednesday, with temperatures not getting into the 60s until the first round on Thursday.

“Based on the forecast, it was really important to play last week,” said Woods’ caddie, Joe LaCava. “And it was warmer. Hopefully, it will be warmer come Thursday, so that was big because have an idea of yardages and run outs. We did a lot of work around the greens which was nice.”

The five-hour practice round last week was played on a near empty course and was the first time Woods, 43, had seen Bethpage since 2012, when The Barclays, a FedEx Cup playoff event, was staged here.

Woods won the 2002 U.S. Open at Bethpage and tied for sixth in the U.S. Open won by Lucas Glover in 2009, finishing four strokes back.

For just the sixth time in his career, Woods comes to a major championship not having played a tournament since the previous major. The last time he did so was at the 2013 Open, where he tied for sixth. Only twice was such an absence from tournament golf planned, the others centering around illness or injury.

Following his Masters victory, Woods didn’t play any serious golf until April 27, nearly two full weeks at Augusta National for his winning his 15th major title. Instead of playing the Wells Fargo Championship, Woods worked on his game at home.

Both Woods and LaCava noted how long Bethpage is playing, especially with an abundance of recent rain. The par-70 course will measure 7,459 yards. And while it was considered a brute during both of the U.S. Opens, those events were played in the summer when conditions were considerably warmer.

Woods noted the length of the par-4 seventh hole, which normally plays as a par-5 but is a par-4 of 524 yards. After a good drive, Woods had 259 yards left to the green and came up short using both a 5-wood and then a 3-wood.

“First and foremost, he looks good and he’s moving around well,” LaCava said. “That’s the first thing I look for, especially considering the conditions. He’s driving it well, the game looks pretty good and his short game around the greens looks really good. I know it’s just a practice round but still looks pretty solid.”

Woods is playing the first two rounds with defending PGA champion Brooks Koepka and reigning Open champion Francesco Molinari. They tee off at 8:24 a.m. on Thursday.