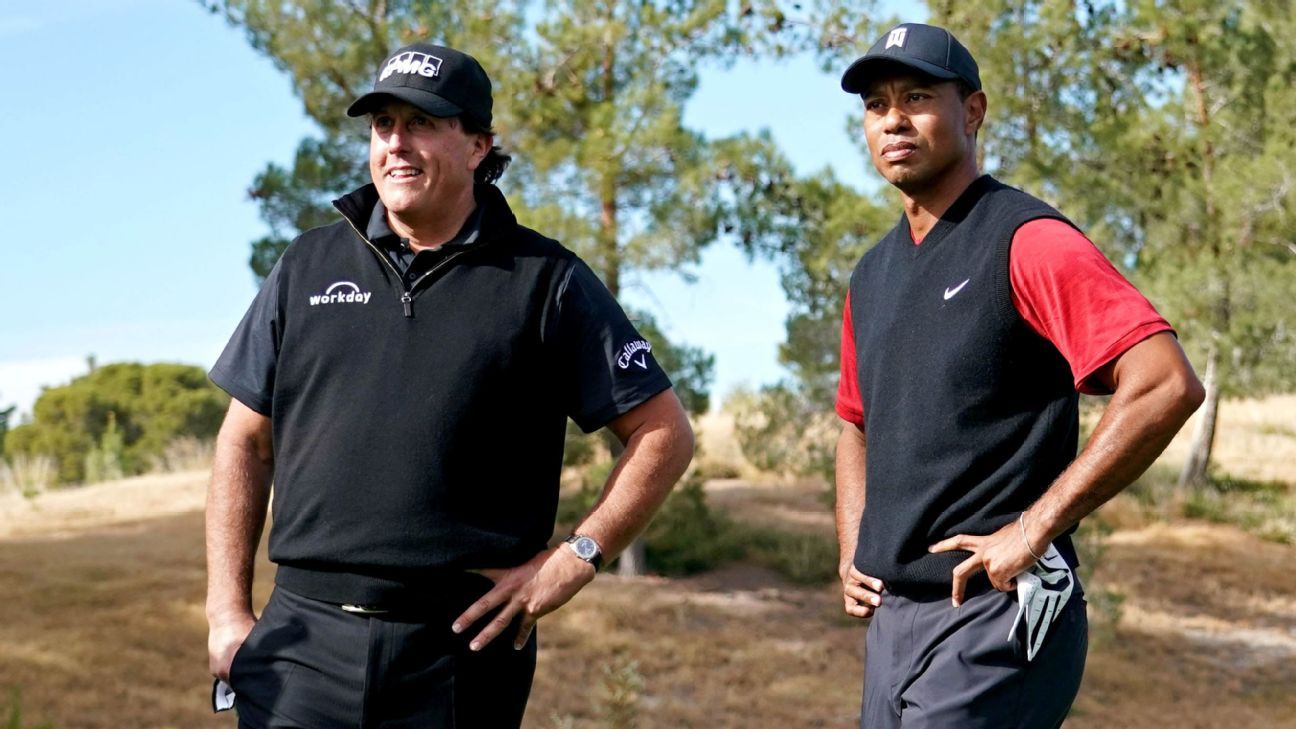 A Tiger Woods–Phil Mickelson golf match involving football legends Peyton Manning and Tom Brady is planned for May, according to Turner Sports.

Sources confirmed to ESPN that “The Match: Champions for Charity” will benefit COVID-19 relief. The event will air live on TNT — possibly Memorial Day weekend — at an undisclosed location without spectators.

A firm date and location have not been decided, although a source told ESPN that it is expected to be held in Florida.

The PGA Tour, which would need to approve any event in which its players participate in a televised or streamed event, said it has yet to sign off but “is still working ensure health and safety concerns, among other things.”

Last week, Florida Gov. Ron DeSantis, who is in favor of getting sports back amid the coronavirus pandemic, said he would be in favor of the proposed event.

“I’d like to see Woods and Mickelson do the golf, or whatever, because that’s social distance,” DeSantis said April 15. “You wouldn’t have a gallery there. You wouldn’t have crowds. But to put that on TV, I think people have been starved for content.”

A match involving these four participants has been in the works for some time, but it was put on hold due to the coronavirus pandemic and subsequent shutdown of sports last month.

The PGA Tour has not held an event since the Players Championship was canceled following the first round on March 12. It has since released a revised schedule with the hopes of starting June 11 at the Charles Schwab Challenge in Forth Worth, Texas.

The first four events in the schedule — the Charles Schwab Challenge, RCI Heritage, the Travelers Championship and the Rocket Mortgage Classic — would be played without spectators.

Numerous obstacles remain for those events to take place, including the go-ahead from government agencies and medical officials. The tour has also said it wants to see widespread virus testing in place so that participants can be tested prior to arriving and during the course of a tournament week.

“We see changes and developments being made in the world of testing, available tests,” said Andy Pazder, the PGA Tour’s chief tournament and competitions officer, in a conference call last week announcing the revised schedule. “We’re following very closely through the assistance of our expert medical advisors the development of more large-scale testing capabilities, more rapid-response type tests, whether it’s through finger pricks, testing for antibodies.

“We obviously are aware that the FDA recently approved use of a saliva-based test. It gives us confidence that we will be able to develop a strong testing protocol that will mitigate risk as much as we possibly can. We know that there will also be further developments over the next eight weeks before we were to resume play.”

Two years ago, Woods and Mickelson signed on the play “The Match,” a ”winner-take-all” 18-hole event in Las Vegas on the day after Thanksgiving. The event was supposed to be streamed, although there were numerous technical issues involved. Mickelson won the $9 million first prize.