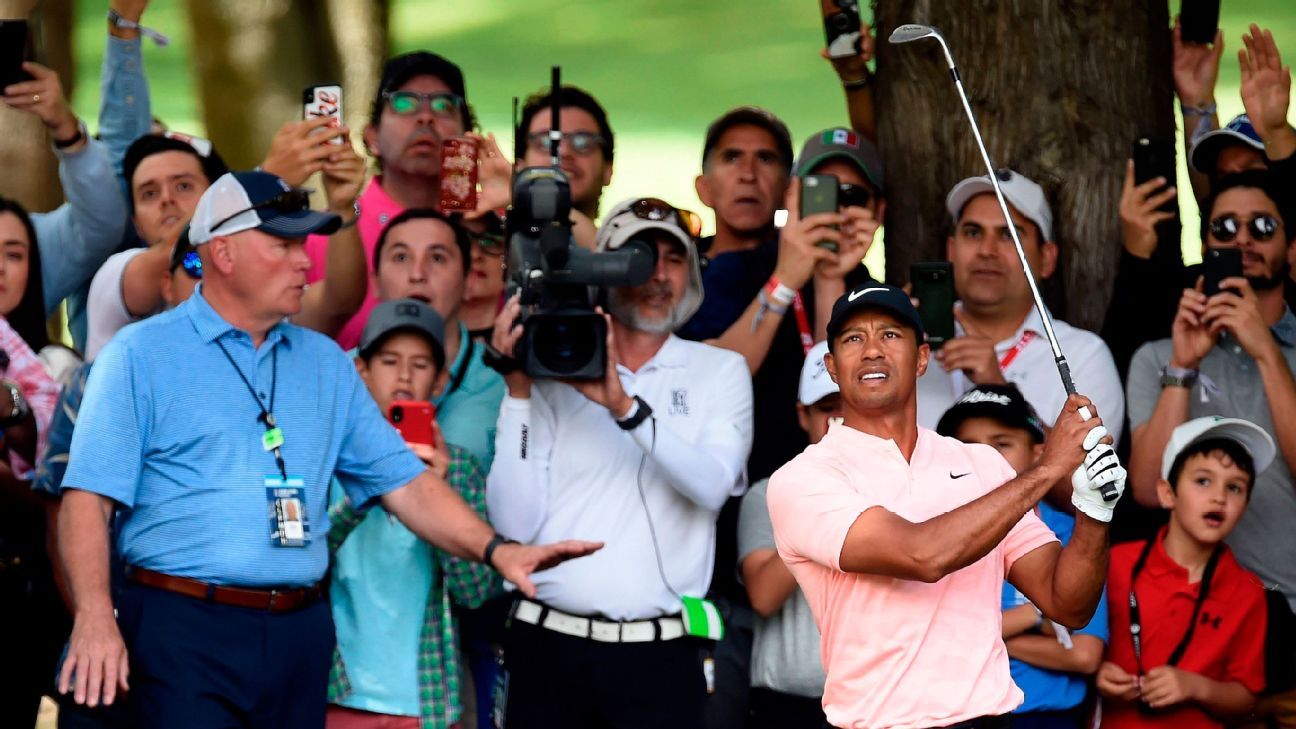 MEXICO CITY — Early in the second round of the WGC-Mexico Championship, when Tiger Woods struggled to make pars on his opening two holes, he found himself 10 shots out of the lead — but unwilling to panic.

As has often been one of his best attributes, Woods stayed patient Friday, unwilling to go chasing after Dustin Johnson, Rory McIlroy and the others ahead of him on the leaderboard.

Woods shot 5-under-par 66 to move from a tie for 25th to a tie for eighth, six shots back of Johnson at Club de Golf Chapultepec. McIlroy and Matt Kuchar are tied for second, two shots back of the lead.

While he still has considerable ground to make up, Woods’ strategy was sound Friday, even though he ranks just 69th out of 72 players in strokes gained off the tee. He has made up for it with his approach game and work around the greens.

“I had that one three-wiggle [putt] on 17, but overall it was a pretty good day,” said Woods, who trails Johnson by six shots. “I felt like I got a lot out of the round and I plodded my way around the golf course and I kept it in front of me nicely and never really got out of position.”

Woods hit 11 of 14 fairways and 13 of 18 greens, often choosing to lay back rather than bomb tee shots in the thin air of Mexico City. While it left him some lengthy approach shots, it also allowed him to avoid trouble. He had just 26 putts, and ranks fourth in the field in strokes gained putting.

A couple of breaks — tee shots at the 10th and first holes bounced off trees and into fairways — were nice, and Woods capitalized on his best chances for birdies, making six against the lone bogey that came at the 17th, where he three-putted from 70 feet.

His best shot of the day didn’t result in a birdie but was pretty spectacular nonetheless after he missed the fairway at the par-4 ninth, his last hole. Sitting in a bad lie in a fairway bunker, Woods had a tree to go around to a pin cut on the right side. Trying to decide between clubs, Woods eventually chose a 9-iron for the 135-yard shot, then curved it around the tree, onto the green, and saw it spin directly toward the pin and stop 11 feet away. His birdie putt lipped out to end the day.

“I opened it [the club] up and gave it as much of a cut motion as I possibly could,” Woods said. “And it worked out.”

Woods is making his first start in this event since 2014, when it was played in Miami. He has won it seven times at six different locations, and this is his first competitive tournament in Mexico. Playing in his third event of the year, Woods is coming off a tie for 15th on Sunday at the Genesis Open.