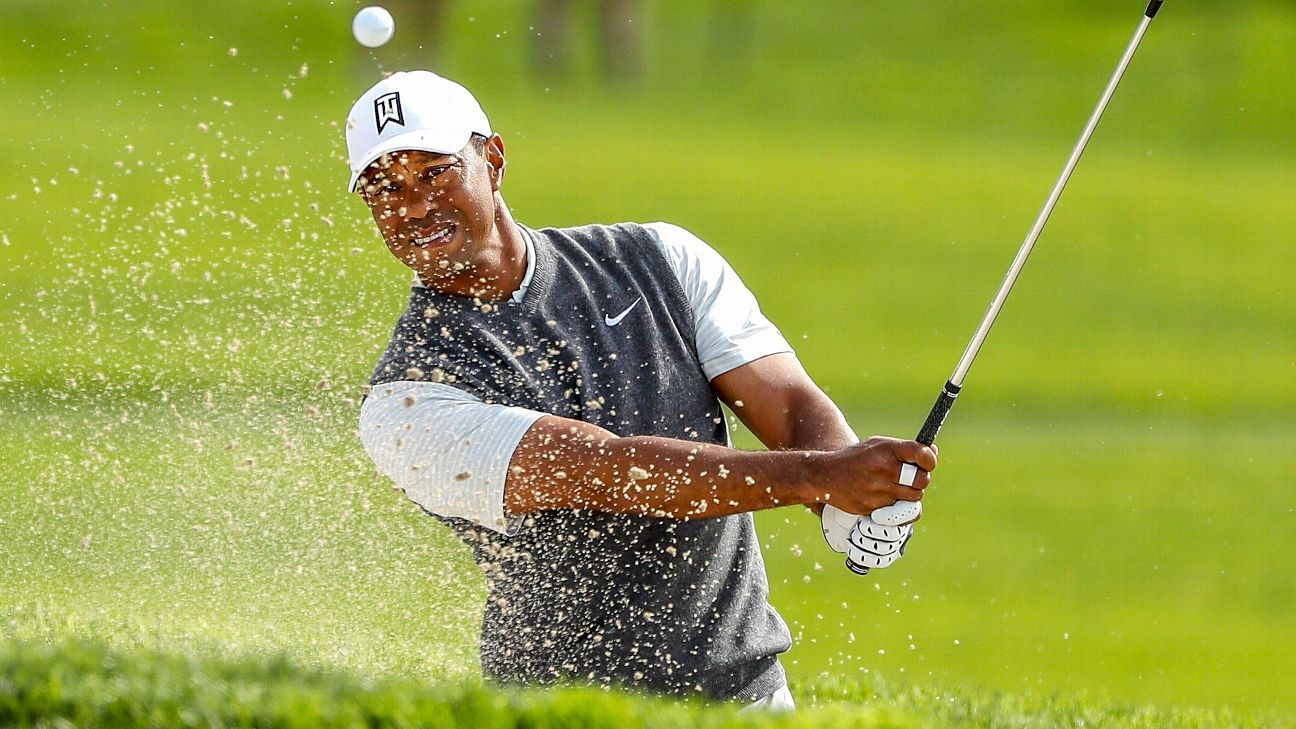 SAN DIEGO — Missed opportunities were the story of Tiger Woods‘ second round at the Farmers Insurance Open, where he easily made the 36-hole cut on Friday but will play the weekend at Torrey Pines well behind the leaders.

Woods had hopes of moving up the leaderboard on the North course but simply could not get enough putts to make that leap, settling for a 2-under-par 70.

That put him at 140, 4 under par. No. 1-ranked Justin Rose was leading at 13 under as he played the back nine of the South course.

A double-bogey 6 on his ninth hole (the 18th) briefly put Woods on the cut line when he got a bad break and his approach shot plugged in the lip of a greenside bunker. Barely able to advance the ball out of the sand, Woods then chipped long and missed a bogey putt.

He had birdied the 10th hole and 17th holes — both par-5s — but missed good opportunities at the 11th and 13th holes.

After birdies at the third and fourth holes — the former a 240-yard par-3 that he reached with a 5-wood — Woods was in the fairway at the par-5 fifth with a 4-iron from 225 yards. But he pulled it over the green and wasn’t able to get up and down for birdie. He also failed to make birdie at the short par-4 sixth, where he drove it over the green.