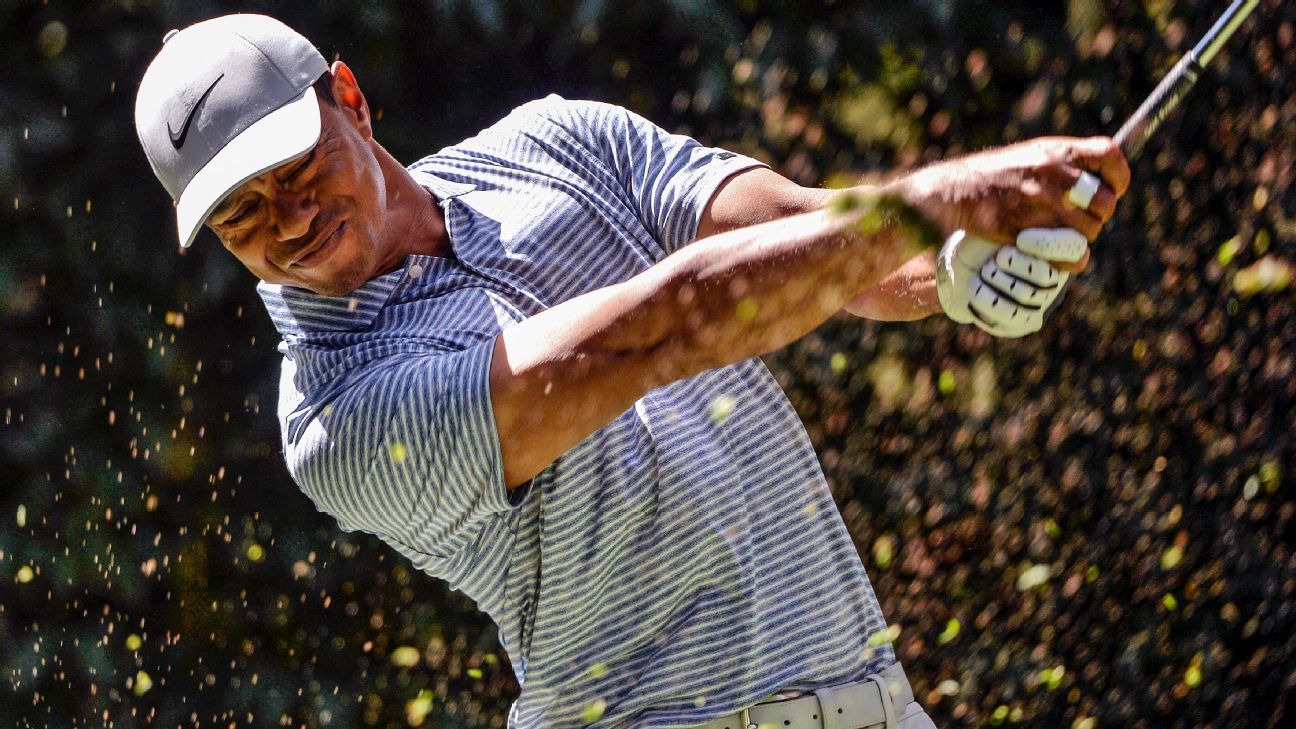 MEXICO CITY — The first-tee announcer at Club de Golf Chapultepec had Tiger Woods laughing as he teed up his ball, introducing the 80-time PGA Tour winner in most unusual fashion.

But Woods’ introduction to a Mexico golf competition was not so funny.

Woods promptly knocked his tee shot out of bounds, nearly did the same with the second, and double-bogeyed one of the easiest holes on the course on his way to an even-par 71 in the first round of the WGC Mexico Championship.

He is tied for 25th and trails first-round leader Rory McIlroy by eight strokes.

Playing the Mexico City tournament for the first time and making his competitive debut in Mexico, Woods, 43, immediately put himself in a bind with a 5-wood tee shot on a hole playing 305 yards and downhill that went left.

“Well, I was trying to cut it and I pulled it across and hit it dead off the toe,” he said. “Hit both of them off the toe. It’s just not going to cut when you hit it off the toe. Didn’t cut.”

After teeing it up again, Woods said the second ball was on the exact same line, and he thought “this could be a pretty big number.”

But the ball was in bounds, and Woods had to play in from under a tree and into a bunker. He got it up and down from there for a 6.

“He said my name three times, right?” Woods said. “That was different.”

His play was mostly indifferent. Woods rallied with three consecutive birdies at the fourth through sixth holes. But he missed a 4-footer for par at the eighth hole and another at the 13th while not giving himself enough legitimate birdie opportunities. He birdied the par-5 15th for his fourth birdie of the day to get back to even par.

Woods is playing his third tournament of the year after finishing tied for 20th at the Farmers Insurance Open and tied for 15th on Sunday at the Genesis Open. That was a long, chilly day as Woods had to play 28 holes, and the quick turnaround meant he played just nine holes in practice on Tuesday and Wednesday.

That did his body some good, but Woods admitted he was still struggling to figure out how far his ball traveled in the 7,800-foot altitude of Mexico City.

“Last week I was hitting 5-irons that went 169 [yards], 172; here I hit wedge that went 205,” he said. “A little bit different in the two weeks. Just try to get a feel for it. Uphill’s playing way different than playing downhill without wind. It’s a big difference playing downhill.”

But the altitude was not an excuse for the way he played the first hole, which played the fifth-easiest of the round. McIlroy hit an iron onto the green that he nearly holed for an ace and made a 6-footer for eagle. There were 23 scores under par on the hole and just 11 over, with Woods’ 6 surpassed only by the triple-bogey 7 made by Sanghyun Park — who shot 80.

“I think realistically I could have gotten probably 4 or 5 [under par] out of it today,” he said. “Just couldn’t quite keep it going.”

Woods announced before the round that he would be skipping next week’s Honda Classic before playing the Arnold Palmer Invitational and the Players Championship.