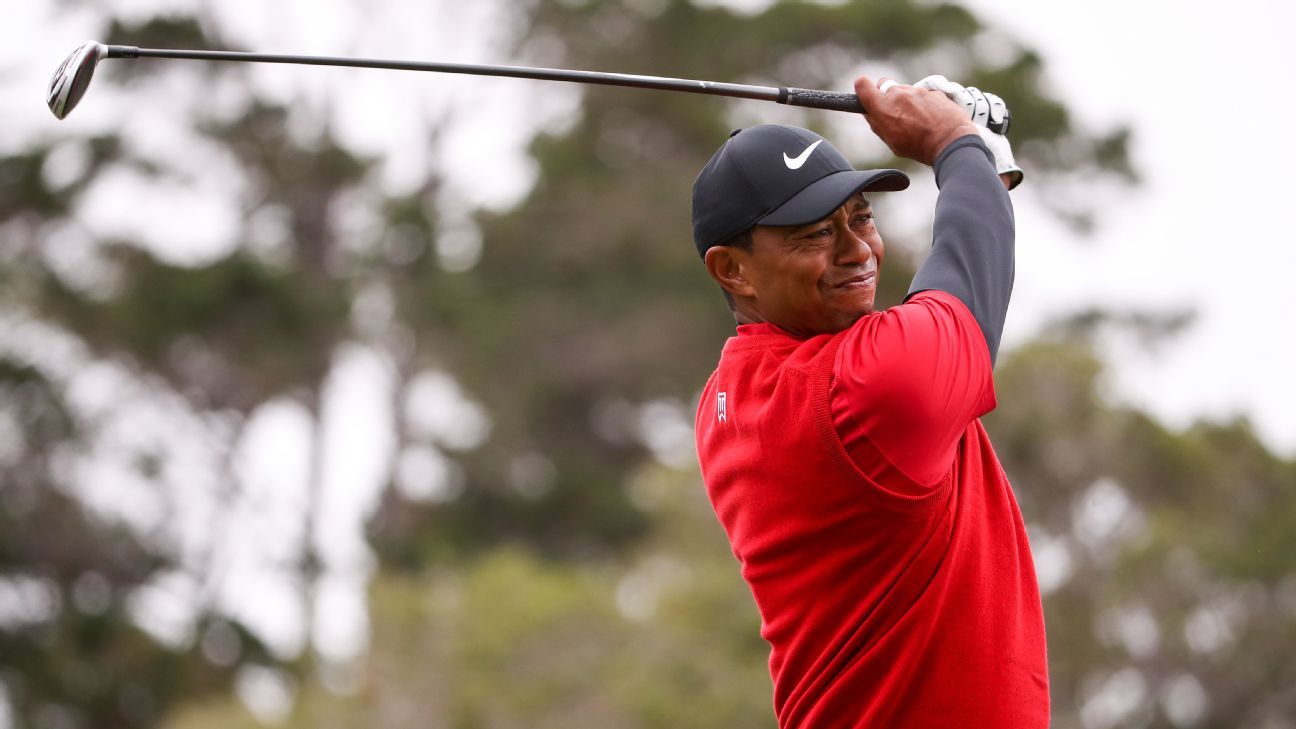 The 2019 Masters champion shot his best final round at the U.S. Open in 10 years on Sunday — despite a horrific start to the round — to move into the top 20 and take a bit of satisfaction out of what had mostly been a disappointing week.

Woods’ 2-under-par 69 came after he bogeyed four of his first six holes. He played the final 12 holes in 6 under par. He previously broke 70 in the final round of a U.S. Open in 2009 at Bethpage Black.

Now he’s looking at skipping four weeks of tournament golf leading up to The Open at Royal Portrush, a plan that didn’t work so well heading into the PGA Championship but one that is likely part of a new reality for the 15-time major champion.

Citing “family time” as his next goal, Woods was greeted by his children, Samantha and Charlie, who joined him at Pebble Beach on Sunday and were waiting behind the 18th green.

When asked if he would play again before Portrush, Woods said, “I’ll play at home, yeah.”

The only realistic destination for Woods would have been the 3M Open in Minneapolis, which begins July 4. That was always sketchy, and it appears more so now. Woods is taking a family vacation that includes his kids and his mother, and his likely prep for The Open will be in the 10 days to two weeks at home in South Florida.

“It’s just trying to wind down from the championship as well as [get in the gym] and getting back into it,” Woods said. “And I know that Florida will not be the same temperature as Northern Ireland. I’m not going to be practicing with any sweaters at home, but it will be nice to get to Portrush and get with it again.”

Woods has never played Royal Portrush, which is hosting The Open for just the second time and first since 1951. Woods said he’s never played farther north in Northern Ireland than Royal County Down.

Years ago, Woods would often make a pre-Open trip to play the links courses of Ireland as a way to get ready. That has changed with a family. So has the fact that his surgically repaired back offers only so many opportunities.

Woods appeared to be stiff and out of sorts as he played the easiest stretch on the course Sunday, bogeying the first and second holes, missing the green to make another bogey at the par-3 fifth, then playing the par-5 sixth horrifically, coming up short of the green in 3, then chipping poorly and settling for bogey.

But he turned it around quickly, with birdies at the seventh and eighth — the latter his first birdie at the scenic seaside hole in 12 U.S. Open rounds at Pebble Beach.

“I wish I would have known because I would have turned it around a little earlier than that,” Woods said after finishing at 2 under for the tournament. “Again, got off to another crappy start and was able to fight it off. Turned back around and get it under par for the week, which is normally a good thing, but this week the guys are definitely taking it to [the course].”

This was Woods’ ninth tournament of the year. Aside from his win at the Masters, he has not finished closer than 8 strokes to the winner in seven stroke-play events.

“I’m going to take a little bit of time off and enjoy some family time,” he said.

Including The Open, Woods faces a heavy stretch to conclude the PGA Tour season. If he elects to play the WGC-FedEx St. Jude Invitational in Memphis, Tennessee, the week following The Open, he is facing five tournaments in six weeks, including the three FedEx Cup playoff events.