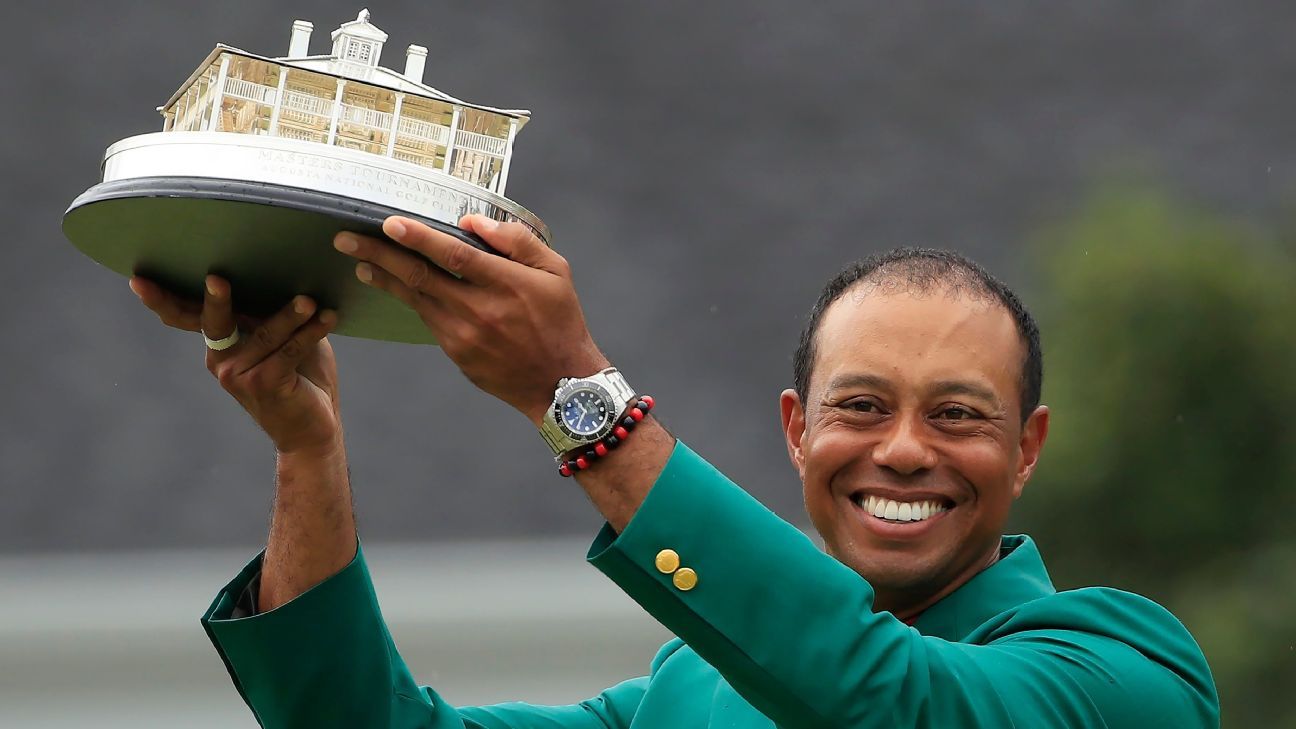 James Adducci, the 39-year-old man from Wisconsin who became famous after winning $1.19 million off an $85,000 bet on Tiger Woods to win the Masters, is back at it.

And it doesn’t appear he has lost any faith in Woods.

On Wednesday afternoon, Adducci, who told multiple news outlets in April that the $85,000 was his first bet ever, was back in Vegas to place a $100,000 wager on Woods to win the Grand Slam this year at 100-1 odds.

The bet was made at the same William Hill sportsbook at the SLS where Adducci made the original bet on Woods to win the Masters at 14-1 and would win $10 million.

It’s the biggest liability on a bet, in any sport, that William Hill has had in its 85-year history.

“Woods has been my favorite golfer in terms of sheer greatness and ability to do in the moment what the situation requires, Adducci told ESPN in April. “That’s what I loved about him most.”

“It’s great to see Tiger back,” William Hill U.S. director of trading Nick Bogdanovich added in a release after the Masters. “It’s a painful day for William Hill — our biggest loss ever — but a great day for golf.”

As ESPN’s David Purdum reported, the original Masters bet was believed to be the fourth seven-figure payout on a bet at a William Hill U.S. sportsbook. The previous three were on the Philadelphia Eagles in Super Bowl LII against the New England Patriots.

Woods has previous major victories at the site of this year’s PGA Championship (Bethpage Black) and U.S. Open (Pebble Beach) already and is around an 8-1 favorite at multiple U.S. sportsbooks to win the PGA Championship, which takes place May 16-19 in Long Island, New York.

“I don’t have interest in the odds Tiger is going to get at the PGA, I’m looking at The Grand Slam,” Adducci told ESPN after the Masters. “I’m really thinking Grand Slam this year to tie the record, Masters next year to beat the record — that’s how I think this is going to go. I think he is going to do things we’ve never seen before.”

Shortly after his big Masters payout, USA Today reported on Adducci’s criminal history, which includes four misdemeanor charges of domestic violence and 12 guilty pleas. According to court records, judges ordered him to stay away from two different women at least three times each.

Adducci told USA Today that his criminal record has nothing to do with winning the Woods bet. When the outlet told him his last arrest was in 2017, Adducci responded: “And we are in 2019.”