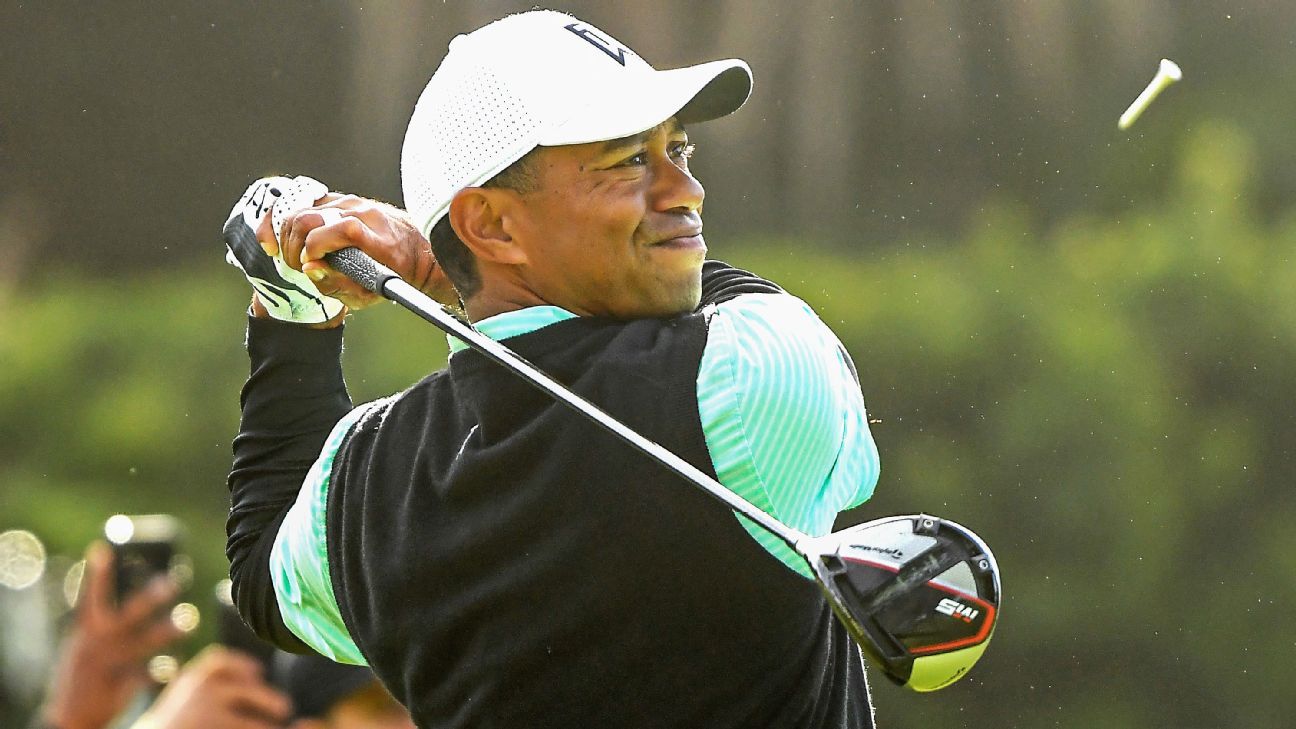 MEXICO CITY — Even for pro golfers used to hitting the ball a long way, there is something kind of cool about launching a tee shot high into the sky when playing in the thin air that comes with altitude.

Tiger Woods said it really would be fun if it were just casual golf with friends instead of a tournament — which makes the proposition a bit more uncomfortable.

Woods arrived Tuesday afternoon for his first look at the Club de Golf Chapultepec for the WGC-Mexico Championship, and he had his first range session and nine-hole practice round trying to figure out just how this is all will work before the tournament begins Thursday.

“It’s a lot of work,” Woods said during a practice round with Justin Thomas and Billy Horschel, who was also playing the course for the first time. “The ball doesn’t peak. It spins basically the same but there is a lot to figure out.”

Woods said the last time he played a tournament at altitude was in 1999 during the now-defunct International near Denver — where the altitude is 6,500 feet.

In Mexico City, the altitude is 7,800 feet, meaning the par-71 course typically plays far shorter than the listed yardage of 7,345. Woods put a higher-lofted 5-wood (from 13 degrees to 15) in his bag last week at the Genesis Open and said he is unlikely to use a 2-iron.

Woods could try to pick Thomas’ brain for a bit of the practice round. The runner-up on Sunday at the Genesis Open, Thomas lost in a playoff here a year ago to Phil Mickelson and said it is still a challenge to figure out his distances, even though he has two years of experience and a yardage book full of notes.

“We have a good system,” Thomas said of himself and caddie Jimmy Johnson. “We know what times of days it does what and what trajectories do what. I feel like there’s no real formula. You just kind of have to figure it out based on what the shot gives you.”

Thomas did offer up a couple of examples of the differences. He said he normally hits a 6-iron 200 yards. On Sunday morning at Riviera, when the temperature was in the high 50s, he was hitting that club 180 yards. On the range here Tuesday morning it was 230 to 240 yards.

During one point Sunday at Riviera, Thomas said he had a shot from 177 yards and used a 5-iron. On the downhill 14th hole Tuesday at Club de Golf Chapultepec, he had 178 yards in for his second shot and hit a pitching wedge — or what would generally be considered a 60-75-yard gap in distances for the same yardage.

Woods’ caddie, Joe LaCava, walked the course on his own Tuesday morning prior to the practice session and described the challenge as a “work in progress.”

“He’s at a bit of a disadvantage,” LaCava said of Woods. “Most of the guys have been playing here for two years. I just wish we would have more rounds under our belt.”

This will be the first time Woods competes at a tournament in Mexico, although he is credited with winning this World Golf Championship event seven times, the last in 2013 when it was played in Miami.