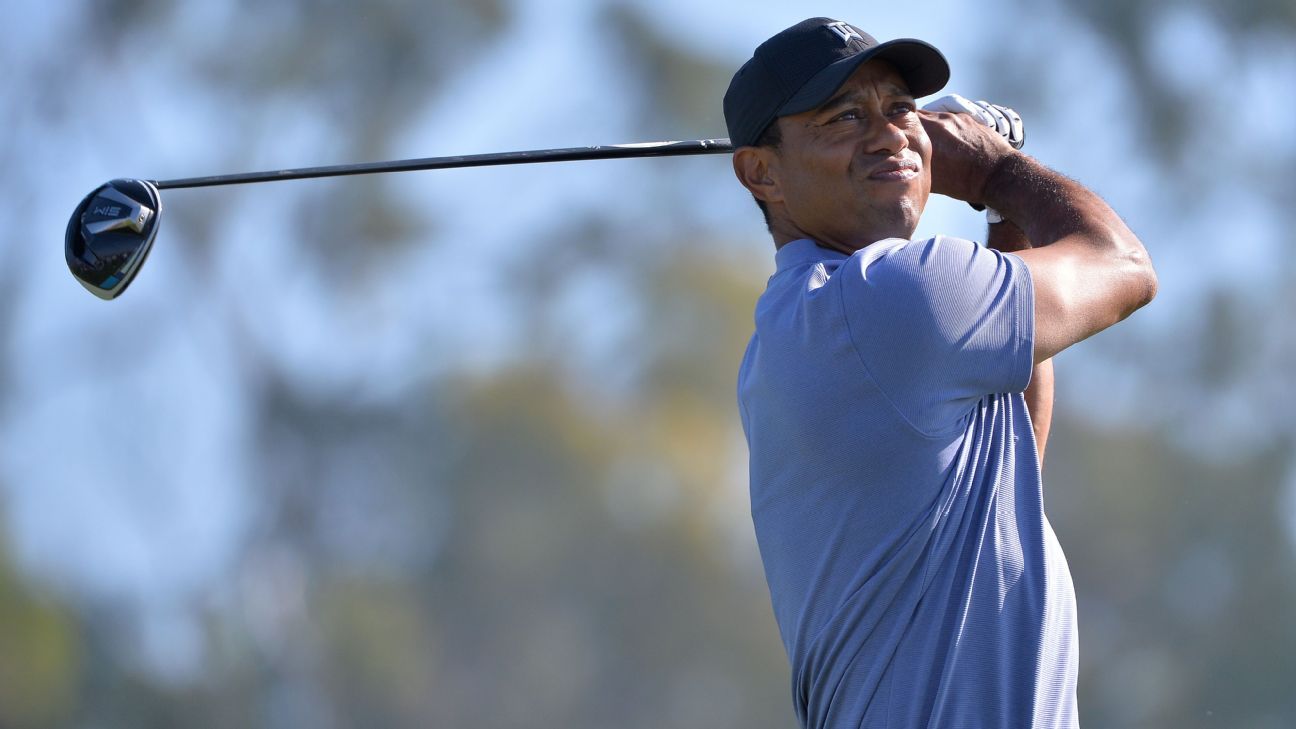 SAN DIEGO — The season began for Tiger Woods in October, the first time he’s ever taken part in the PGA Tour’s fall wraparound schedule. But getting to Torrey Pines is where the new year truly begins for Woods, and it doesn’t hurt to get off to a good start.

There were a few shaky moments Thursday during the opening round of the Farmers Insurance Open, but generally it was a positive beginning for Woods on the North Course at Torrey Pines, where Woods shot 3-under-par 69 to trail tournament leaders Keegan Bradley and Sebastian Cappelen by three strokes. Rory McIlroy shot 67 to trail by one.

And since Woods had not shot in the 60s on the North — used for just one of the four rounds in the tournament — since 2013, it was even better.

“I felt like I maybe could have gotten one or two more out of my round today, but overall I felt like it was a good start, especially going into the South course (on Friday),” he said. “I felt like the golf course was certainly gettable today.”

It was just his third round in the 60s at Torrey Pines in his last 15 rounds.

Woods won the Zozo Championship in October, his first start of the 2019-20 PGA Tour season. After finishing fourth at the unofficial Hero World Challenge and then playing (and serving as captain) for the U.S. team at the Presidents Cup, Woods took the last month off, although he began working on his game a few weeks ago.

As part of that, he began an extensive testing process for a new TaylorMade driver, which was in the bag Thursday, as well as a different Bridgestone golf ball.

Woods hit 8 of 14 fairways and 13 of 18 greens and needed 29 putts. He began on the 10th hole of the North, a relatively short par-5 where he hit a perfect drive but missed the green and could not get up and down. After driving just short of the green at the short par-4 11th, Woods chunked a pitch shot into a bunker and made a bogey.

He added birdies at the 13th and 17th holes, then bogeyed the 18th before making three birdies on the front at the first, fifth and ninth.

Woods did not hit the ball particularly close, making three birdies on par-5s, but it was a solid effort and his first score in the 60s on the North since 2013, when he shot 65 and went on to win.

“I definitely was feeling it; I missed the competition,” he said. “I was trying to keep everything as calm as I possibly could. I didn’t do a very good job of that starting out, I made a quick bogey there. I fought back and there’s a lot of positives heading into the South course.

The round also marked a career first: playing with someone on the PGA Tour who was born after Woods turned pro. Collin Morikowa had that honor, and the former Cal star matched Woods with a 69. They had met for the first time in Japan and also at a TaylorMade photoshoot. Jon Rahm, who shot 66, also was in the group.

“Maybe a little nervous on the first tee, but after that it was just go and play golf,” said Morikowa, 22, who turned pro last June and won the Barracuda Championship. He is ranked 53rd in the world. “I’ve known Jon for a while now, so that made it a little easier. But spending any time with Tiger is awesome, picking his brain. The things he goes through are different than anyone else. But for me, just being able to watch him play, watch little things.”

Woods has won eight times as a pro at Torrey Pines, including the 2008 U.S. Open. The last of his seven victories in the PGA Tour event came in 2013. Since then, Woods has mostly struggled, with a tie for 80th, a withdrawal and a missed cut. Last year, he tied for 20th, his best finish since winning.

A victory this week would be the 83rd of his PGA Tour career, breaking Sam Snead’s record.