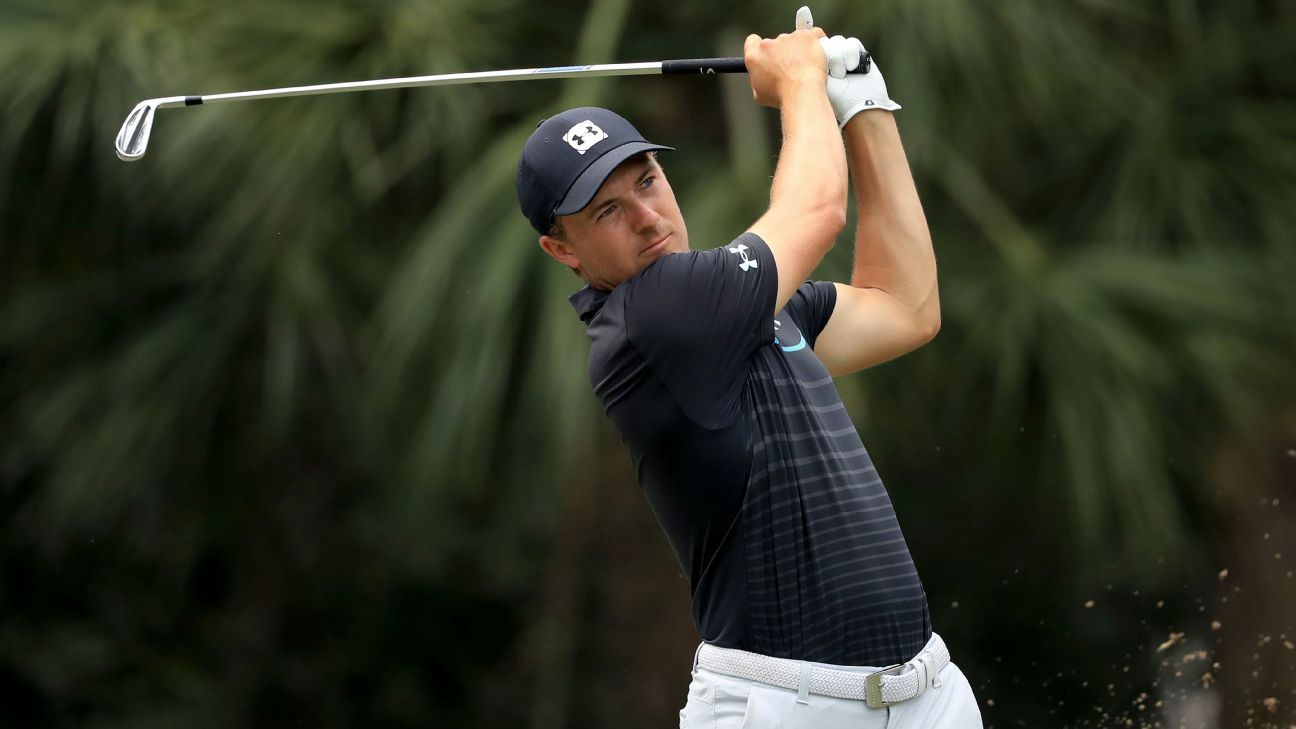 HILTON HEAD, S.C. — The ball sailed toward the trees, and as bad tee shots go, this was not one of Jordan Spieth‘s worst. He’s hit enough of them in recent times to know.

This one clanked off a tree, however — and kicked out of bounds.

Spieth is also familiar with bad breaks, as they seem to pile up when things are not going so well.

The three-time major champion has found some success in the PGA Tour’s return to golf the past two weeks, but the last time he won a tournament, Tiger Woods had yet to swing a golf club in the aftermath of spinal fusion surgery.

So while Spieth has done an excellent job of trying to take the long view in rebuilding his swing and his game, there is still a bit of urgency whenever there is any level of success. The road remains bumpy.

Last week he tied for 10th at the Charles Schwab Challenge after being in contention all weekend, only to shoot a lackluster final-round 71.

On Thursday, he opened the RBC Heritage by making a triple-bogey 7 due to that wayward tee shot on just his third hole, the queasy feeling of all these up-and-down adventures of the last few years returning.

And then … he settled down.

At one point, Spieth hit 11 consecutive greens at Harbour Town Golf Club. He made six birdies in a row. And after a kick-in birdie at the ninth hole, his last, Spieth had a 5-under-par 66 and found himself high on the leaderboard again.

“[Thursday’s first round] wasn’t really a roller coaster,” said Spieth, who made eight birdies and that lone triple to finish two strokes back of leaders Ian Poulter and Mark Hubbard. “That triple was a bogey at worst if it doesn’t ricochet 25 yards out of bounds. Certainly Sunday last week was, and that was my first time in that position in right around two years — being anywhere near within three strokes of the lead starting a Sunday.”

That he was that close gave hope to the notion that Spieth could win for the first time since capturing The Open at Royal Birkdale in 2017. That was his third major title and 11th PGA Tour win.

It had been a remarkable run for Spieth, who had 14 worldwide victories from 2013 to 2017, won five times on the PGA Tour in 2015 — when he won the Masters and U.S. Open, tied for fourth at The Open and finished second at the PGA Championship.

Spieth won the FedEx Cup that year and was still ranked as high as No. 2 in the world in 2017.

But he came into the RBC Heritage ranked 55th in the world after dropping to 44th at the end of 2019. He fell out of the top 50 for the first time since 2013, which was not long after he turned professional.

In the past year, Spieth has no top-5 finishes, just four top 10s and 11 results of 20th or worse with two missed cuts.

Spieth said he used the break caused by the coronavirus pandemic to reassess, treating it like an offseason. The reasons for the layoff were bad, he said, but Spieth tried to take advantage of the time away from tour golf.

“It was a strong focal point of the last few months, how can I get better physically, mentally and within the mechanics of my golf game, and then what’s the right process to start to put that in place, and it’s not something that clicks and all of a sudden you’re just automatically the best player in the world,” Spieth said. “It’s certainly a process. But creating the right little habits that get me back on track was a big emphasis during the last few months.

“I approached the first third to first half as an offseason to kind of regroup, and I trained as if it was offseason, but then I didn’t hit a ton of golf balls. We’ve got a good time frame now to make adjustments going forward for this next stretch where it’s a really good time to get hot as we head into August through the next August when you’ve got seven majors in a 12-month period including a Ryder Cup and a couple FedExCups.

“I looked at it as a big-time opportunity for myself and didn’t take it lightly. I was certainly grateful for the time. Certainly it’s not a positive situation in general, but for me personally, I tried to look at how can I make this an advantage to myself.”

Spieth has now shot four of his five rounds the last two weeks under par, with Sunday’s 71 that included an out-of-bounds tee shot and a missed putt from under 2 feet marring his chances to contend. He’s also made 30 birdies over that stretch.

After the triple bogey on Thursday, he rebounded with a birdie on the next hole, then hit every green on the front side — his final 9 — to make seven birdies and shoot 29.

“I expect to be not quite that sharp yet,” he said. “You start to feel more comfortable the more experiences you get. Today had nothing to do with last Sunday. Again, it wasn’t too bad of a tee ball that ended up out of bounds. So I just tried to tell myself that I’ve been driving the ball really well and that if you’re putting it in play off the tee here, you’re going to get some wedge opportunities.”

Spieth remains committed to what he is doing, confident he will emerge as one of the best in the game again. He’s never wavered from that, even if it remains a bit of a wild ride.