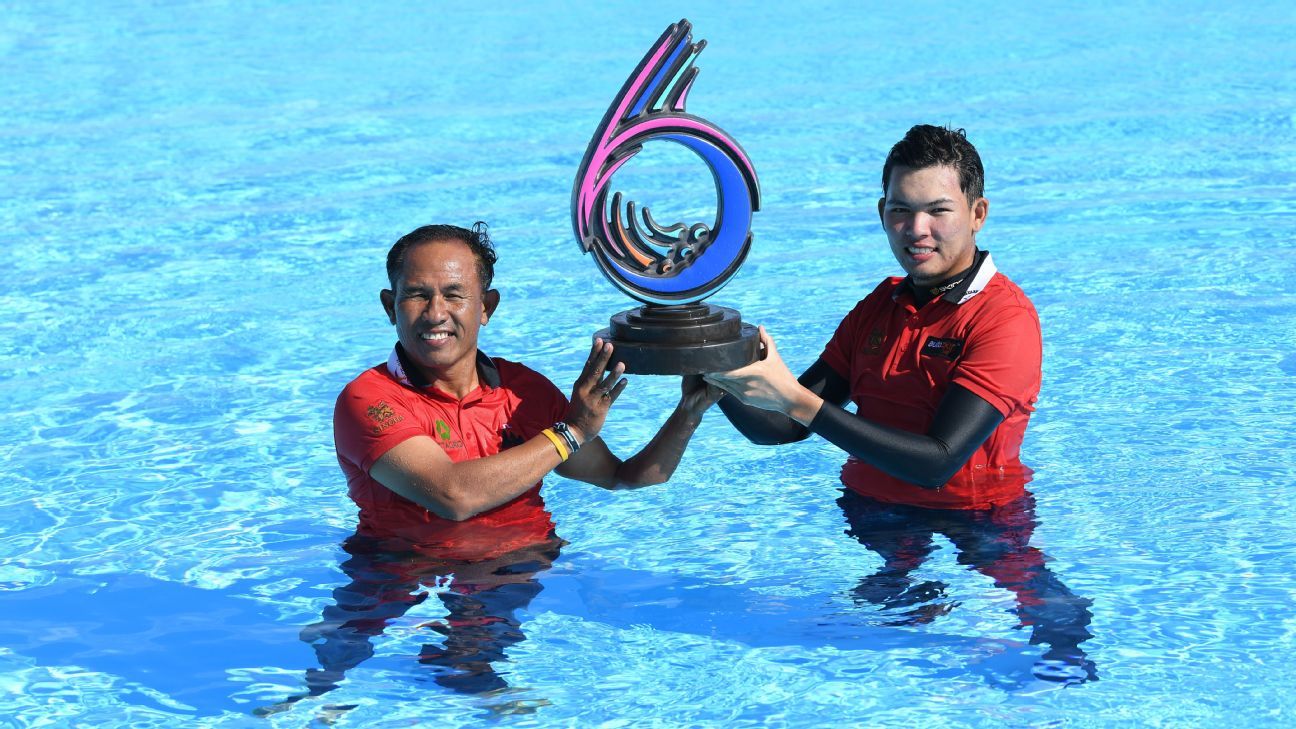 The teams were tied at 1-1 after six holes and the final had to be decided with a nearest the pin playoff for the first time in its three year history.

Thailand’s Khongwatmai was the one who stepped up and hit his tie shot to concession range to clinch the victory.

“It was really fun and really fun to play with Thongchai for Thailand,” said Khongwatmai. “He taught me about the format of the game and I’m really happy to have Thongchai, so happy.”

After winning Group B on the first day — where Jaidee made the first hole-in-one in tournament history — Thailand beat Scotland and Spain to book a place in the final.

“I’m lucky today,” said Jaidee. “We played well today but I think the teamwork was very important. I’m very happy to win again. I never won in two, three years but now is a good time to win and thank you to my partner, Phachara.”

England — who won Group A on day one — defeated Sweden and Italy in the knockout stages but couldn’t get over the line against Thailand in the final.

“I’m gutted, I’m genuinely gutted,” said Lewis. “We’ve come a long way and we played so many good matches but we slipped up a little bit in the beginning a couple of times and that handed them a little bit of confidence. We did well to make it to the playoff and unfortunately didn’t make the putts.”