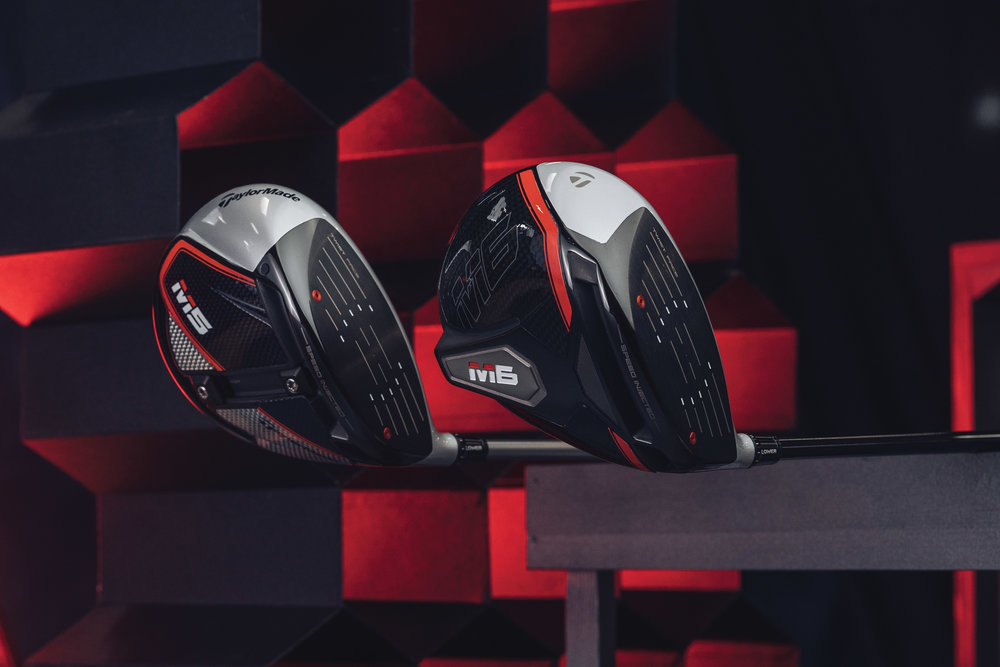 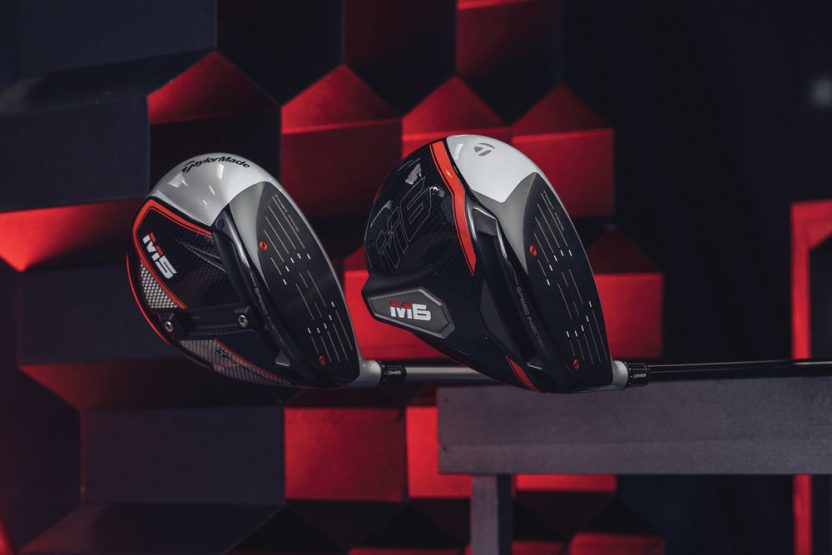 TaylorMade Golf has revealed the next generation of its M metalwoods range following the launch of its new M5 and M6 drivers, fairways and hybrids, which go on sale from February 15.

Among the headline features in the new range is the retention of the ‘Twist Face’ technology that appeared in last year’s M3 and M4 woods, which is designed to counteract the effects of hooks and slices, but they also boast several new components that combine to increase ball speed.

These include a thinner titanium face with redesigned Inverted Cone Technology; a more-flexible Hammerhead 2.0 slot; and internal support foam with variable amounts of injected resin. The injection process utilises two new tuning ports on the face of both the M5 and M6 driver, and a proprietary algorithm to ensure the appropriate amount of resin is used, systematically dialing in the speed for each driver face.

A significant benefit of the thinner, faster face design is that it provides the M5 and M6 drivers with faster off-centre COR, effectively increasing forgiveness. The new face design is optimised with up to a 20% reduction in thickness that results in a 66% larger sweetspot in the M5 drivers over the M3 and more than 100% larger than the original M1 which came out in 2015. 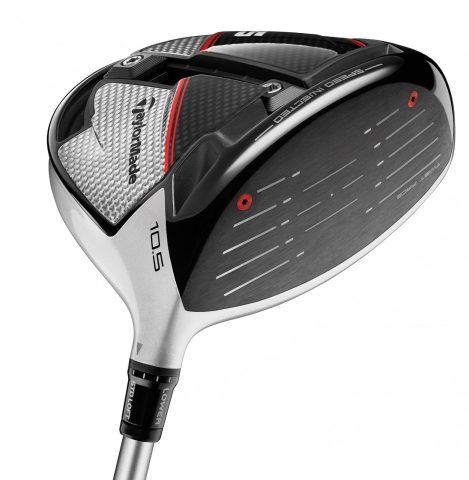 TAYLORMADE M5 DRIVER
Boasting a two-tone composite sole, and a two-tone crown, with the main section being matt black with a narrower grey section highlighting the face, the M5 driver features a new T-Track sliding weight mechanism on the sole – the M3 had a Y-track – which enables, which features two 10g weights that combine to offer 1,770 different centre of gravity configurations.

The front-to-back shift allows the golfer to fine-tune their ball flight through launch angle and backspin. The flat curvature of the front/back track provides the lowest centre of gravity possible, regardless which weight setting fits the golfer best; this promotes high launch and low spin in any of the M5’s weight configurations.

Positioning both weights all the way forward produces the lowest CG projection to maximise speed with very low spin, while pushing the weights all the way back maximizes MOI and ballspeed protection on miss-hits. The result gives up to one degree of launch angle and 600rpm of spin change, as well as 25 yards of left-to-right adjustability. 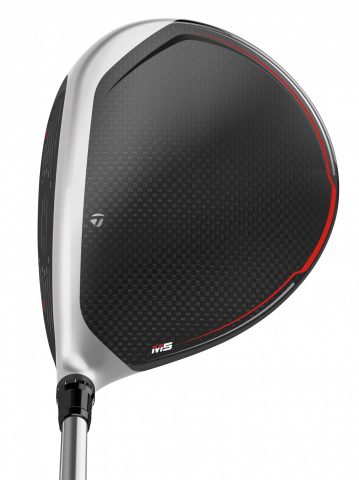 For even further customisation, a 2° loft sleeve allows for the adjustment of the loft, lie angle and face angle; and when combined with the Inverted T-Track, makes the M5 the company’s most customisable driver in company history.

The M5 has a 460cc head volume, but boasts a 10% bigger footprint than the M3, while there is smaller version, the 435cc M5 Tour, which retains all of the same key technologies as its larger counterpart, but is designed for the player who seeks more workability with less spin and prefers a more compact look at address.

Lofts: The M5 will be offered in 9°, 10.5° and 12° lofts, while the M5 Tour is available in 9° and 10.5° lofts.
Shafts: Standard shaft options include a Mitsubishi CK Tensei Orange 60 and Project X’s new HZRDUS Smoke 70 shaft, with numerous additional shaft options available at no additional cost. Grip: Golf Pride MCC Decade. RRP: £499 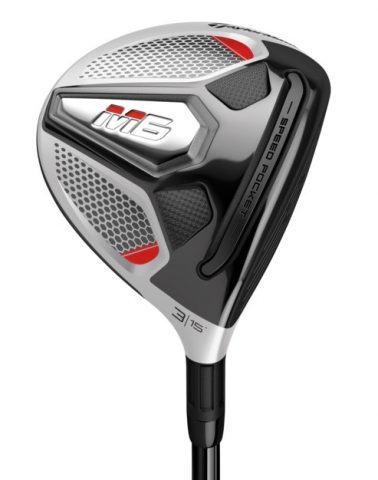 The M5 fairway features Twist Face technology for the first time in a more lofted wood, plus an advanced multi-material head construction with a titanium body, five-layer carbon composite crown with a steel movable weight. The two low-density components – carbon and titanium – led to more discretionary weight, which engineers used to completely redesign the sliding weight system for a lower centre of gravity location and increased adjustability.

An adjustable weight system features a 65g movable steel weight, which is slightly more than 30% of the total head weight, allowing for generous draw/fade adjustability. The position of the weight creates a lower centre of gravity for a more efficient energy transfer with higher launch and lower spin. It also features a more streamlined 12-position loft sleeve for up to 4° of adjustability (+-2°). 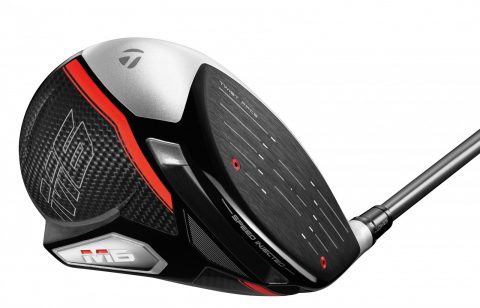 The M6 and M6 D-Type drivers, like the M5, have been injected with tuning resin to optimize COR across the entire face and deliver maximum ball speed and distance. Heel and toe ports in the driver face have allowed TaylorMade to maximize speed across the entire face in every driver created, delivering to each golfer a boundary-pushing fast and hot driver head.

The M6 also features Twist Face technology, which provides more loft in the high toe and less loft in the low-heel to produce more consistent spin where golfers commonly miss-hit. The face of the M6 driver is also slightly taller (1mm) than the M5. 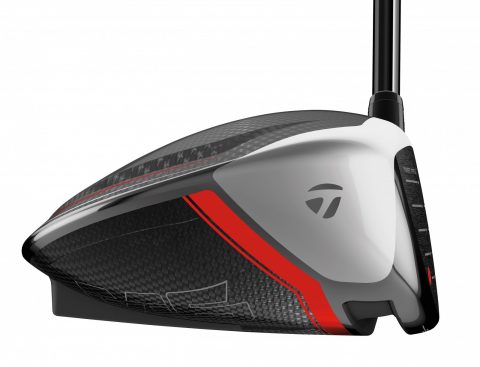 Featuring the same six-layer carbon composite crown as the M5 driver, the M6 drivers boasts a complete carbon fibre sole, allowing for significantly more discretionary weight to be used elsewhere in the clubhead – as much as 54% more than the M4. With the weight savings, engineers were able to create a sleek, aerodynamic shape inclusive of the new ‘inertia generator.’ The inertia generator houses the additional discretionary weight extremely low and back for maximum forgiveness while lowering the CG compared to previous models.

The M6 D-Type driver brings the same performance features found in the M6 into a draw-biased design. A high-contrast topline makes the face angle appear more open than the actual face angle, resulting in the golfer returning a more closed face at impact. In addition, the centre of gravity has been moved slightly towards the heel to further aid in delivering a square clubface to the golf ball. The combination of these features provides the M6 D-Type driver up to 20 yards more draw bias than the standard M6 driver. 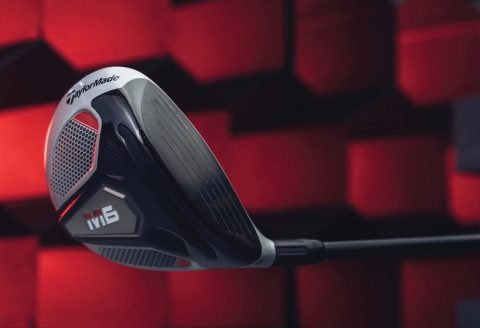 The M6 fairway woods also feature Twist Face technology, plus a redesigned Speed Pocket to provide even more ball speed on low face impacts. A new TPU slot insert has also been designed to sit flush with the sole to improve sole interaction and eliminate turf drag from the Speed Pocket.

The CG placement sits directly behind the centre of the face, producing maximum energy transfer at impact. Maintaining a very low centre of gravity, the face height of the M6 fairways is also slightly taller, creating a more confidence-inspiring look at address, with more available impact area on the clubface. The new larger carbon composite crown increases discretionary mass which is concentrated low in the head, lowering CG for a higher launch while maintaining high MOI for excellent forgiveness.

New in 2019 is the addition of ‘Rocket 3’ a 14° offering for those seeking reduced spin and slightly increased ballspeed.

The M6 D-Type fairway boasts the same technologies in a more draw-biased package. This is accomplished through divergent face masking and modified internal weighting that effectively delivers additional draw bias in the ball flight up to 15 yards. 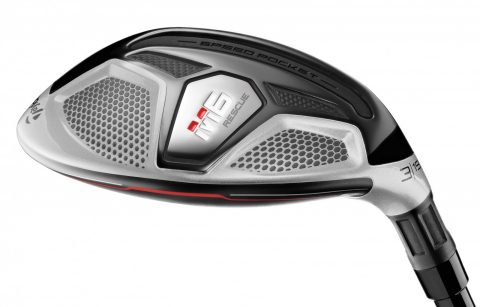 M6 RESCUE
The M6 Rescue is the first TaylorMade hybrid to incorporate Twist Face technology to produce longer and straighter shots across the face. As the face of the M6 Rescue is significantly smaller than that of the M6 driver, the face curvature is more pronounced, although the two-tone crown has been designed to mask its exaggerated shape

It features a low CG steel body construction with a stepped crown creating a lower CG and easy alignment. It also features a thinner and faster face for improved ball speed and overall distance. A redesigned more flexible Speed Pocket with a TPU slot insert that sits flush with the sole delivers a larger COR area with better off-centre performance, especially on low-face strikes and improved turf interaction.

For more details on the entire range, visit www.taylormadegolf.eu.