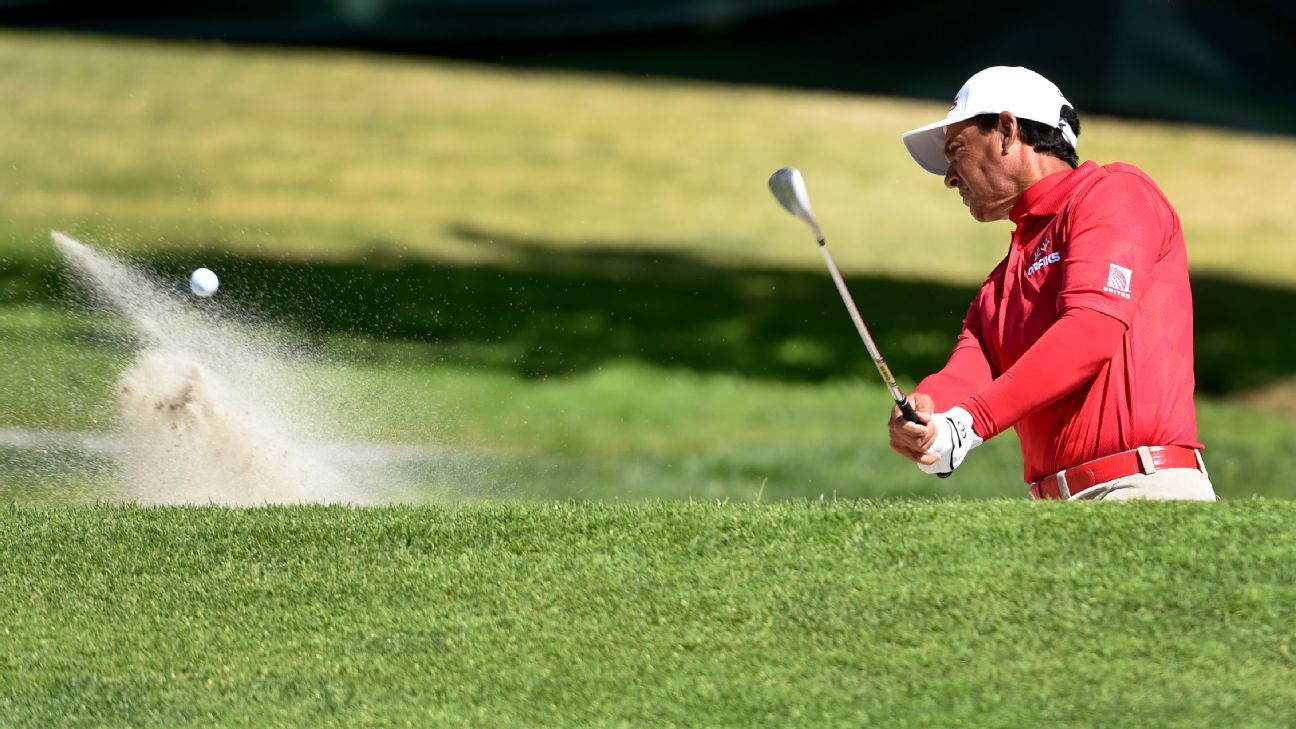 RIDGEDALE, Mo. — Tom Pernice Jr. and Scott Hoch teamed to shoot a 9-under 62 on Friday in best-ball play at Ozarks National to take the first-round lead in the PGA Tour Champions’ Bass Pro Shops Legends of Golf.

The teams of Shaun Micheel–Loren Roberts, Ken Tanigawa–Gene Sauers and Roger Chapman–David Frost were a stroke back.

Pernice and Hoch had five straight birdies in the middle of the round.

“I got going early and I just kept filling it up and hitting some good shots,” Hoch said. “I told him early, I said, ‘Hey, I’ll get the front, you get the back,’ and that’s kind of what happened.”

The 59-year-old Pernice has five victories on the 50-and-over tour. The 63-year-old Hoch has three senior victories.

Micheel-Roberts and Chapman-Frost shot 63 at Ozarks National. Tanigawa-Sauers had an 8-under 46 on the Top of the Rock par-3 course, playing the first nine holes on the nine-hole layout in modified alternate shot and the second nine in best ball.

“It’s a lot of fun for me,” Tanigawa said. “It’s something we don’t play, so to have the opportunity to have a partner like Gene, it sure makes it a lot easier.”

The team will rotate courses at Big Cedar Lodge on Saturday, then all play the final round Sunday on the par-3 course.

Defending champions Paul Broadhurst and Kirk Triplett had a 4-under 50 on the par-3 layout.