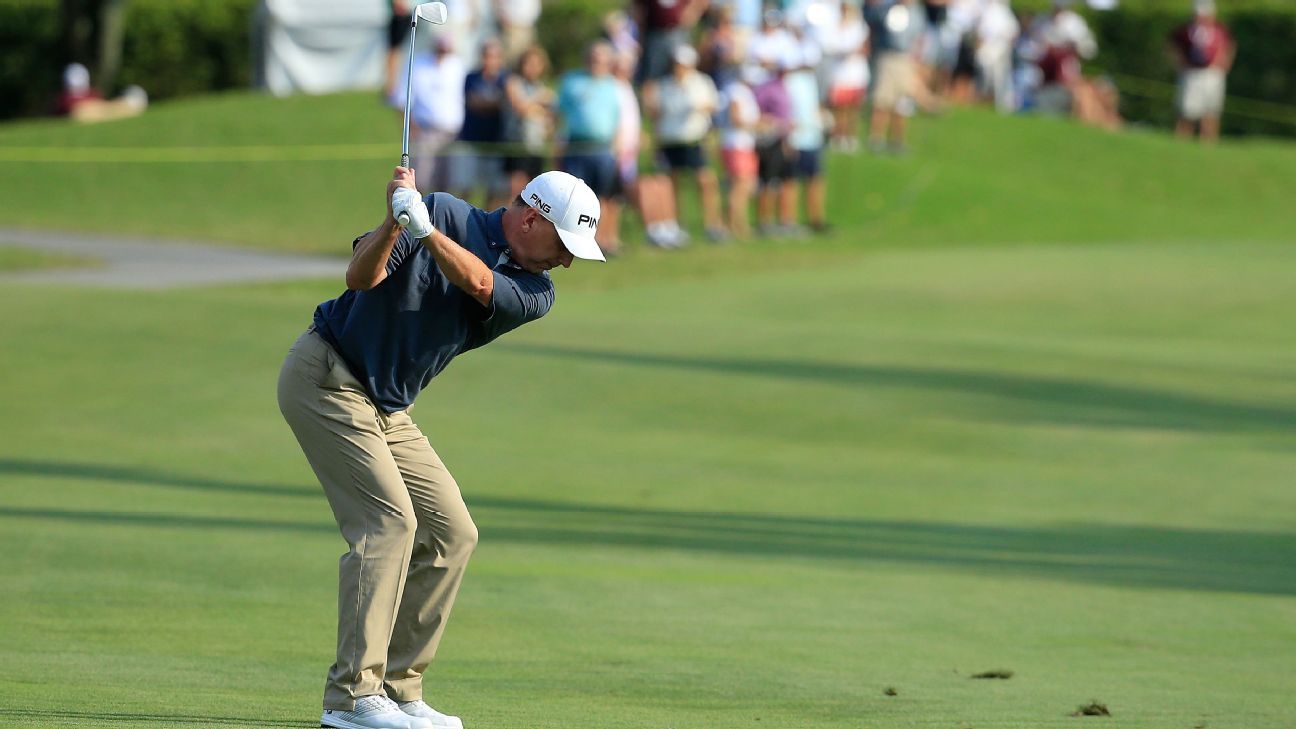 BILOXI, Miss. — Scott Parel made a 12-foot par putt to match Kevin Sutherland on the fifth hole of a playoff before play was suspended because of darkness Sunday night in the PGA Tour Champions’ Rapiscan Systems Classic.

They will finish Monday morning at Fallen Oak.

Sutherland, the second-round leader, missed a 2-foot par putt on the second extra hole — the third consecutive hole he missed putts for the victory. He failed to make a birdie in all 23 holes, closing with a 3-over 75 to match Parel at 7 under.

Sutherland had his best chance for birdie on 18 in regulation, but his 6-footer went left. He missed a 15-footer on 18 to open the playoff.

After playing the four par-5 holes in 5 under with an eagle and three birdies in an opening 65, the 54-year-old Sutherland was 3 over on the long holes in the second and third rounds.

Billy Andrade shot a 71 to finish a stroke out of the playoff, three-putting the 18th for his second bogey in the final three holes. He birdied Nos. 12, 14 and 15 to take the lead at 9 under before faltering.

Fred Couples closed with a 77 to drop into a tie for 17th at even par.

Gary Nicklaus, the son of 18-time major champion Jack Nicklaus, shot 81 to tie for last at 20 over. He played on a sponsor exemption.