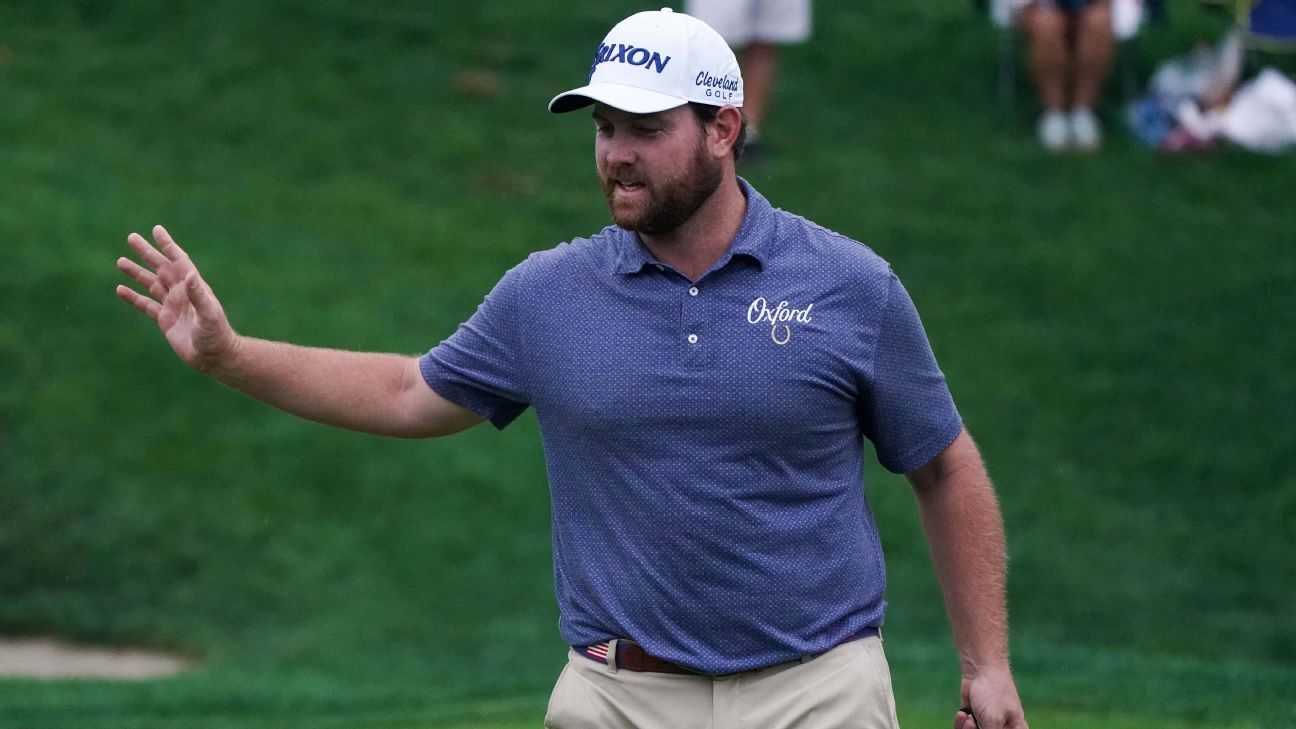 CROMWELL, Conn. — Zack Sucher made a 9-foot birdie putt in the last group of the day on the par-4 18th for a 6-under 64 and a share of the first-round lead on a rainy Thursday at the Travelers Championship.

Paul Casey, who gave up a four-shot lead in the final round a year ago, was among six players who shot 65.

Defending champion Bubba Watson opened with a 69 in his bid for his fourth Travelers title. Two-time champion Phil Mickelson shot a 67, and Brooks Koepka, coming off his runner-up finish in the U.S. Open, had a 71.