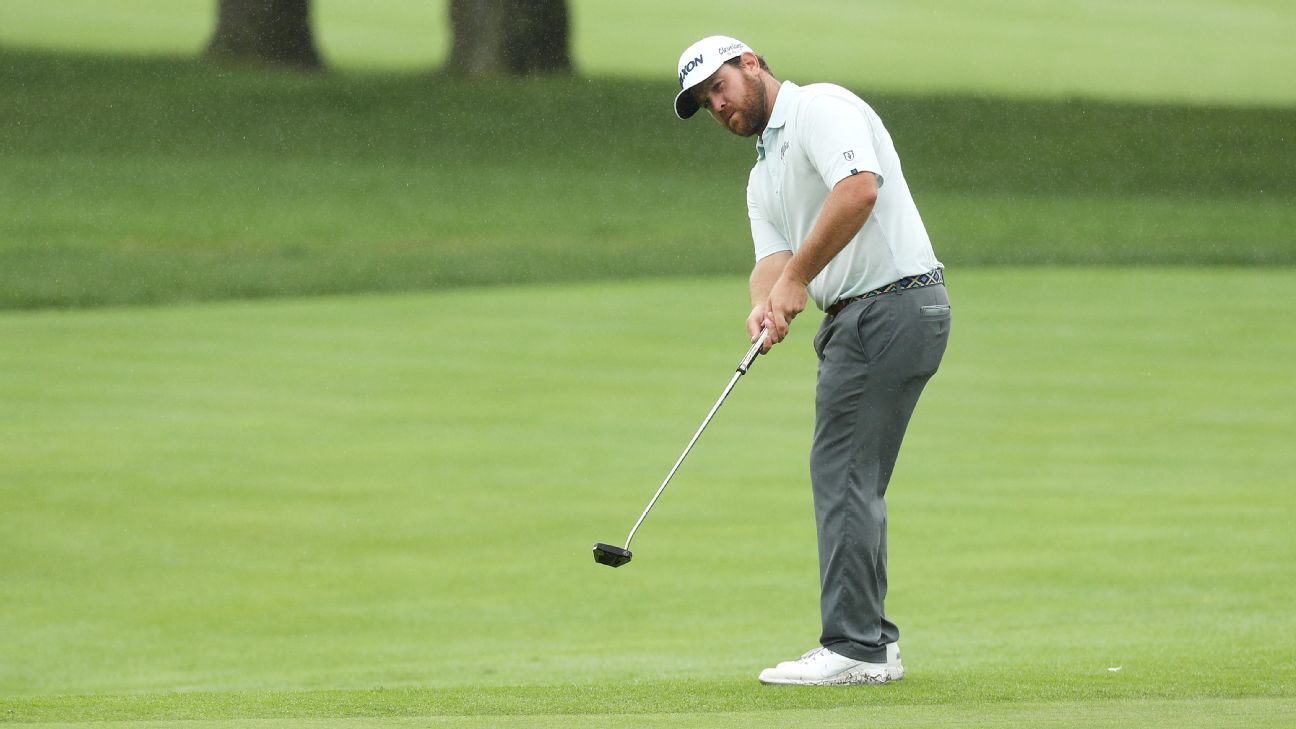 CROMWELL, Conn. — Zack Sucher shot a 5-under 65 in the rain Friday morning and his 11-under 129 total held up in the afternoon sunshine for a two-stroke lead midway through the Travelers Championship.

The 32-year-old from Alabama says he’s finally feeling healthy again after knee surgery sidelined him for 13 months following the 2017 Travelers.

Chez Reavie and Keegan Bradley each shot 66 to reach 9 under. Ryan Moore (64) and Bronson Burgoon (68) followed at 8 under.

Two of the bigger names in the tournament missed the cut at TPC River Highlands.

Jordan Spieth, the 2017 winner, followed an opening 73 with a 69 to finish at 2 over. Two-time champion Phil Mickelson finished at 3 over after a 76.