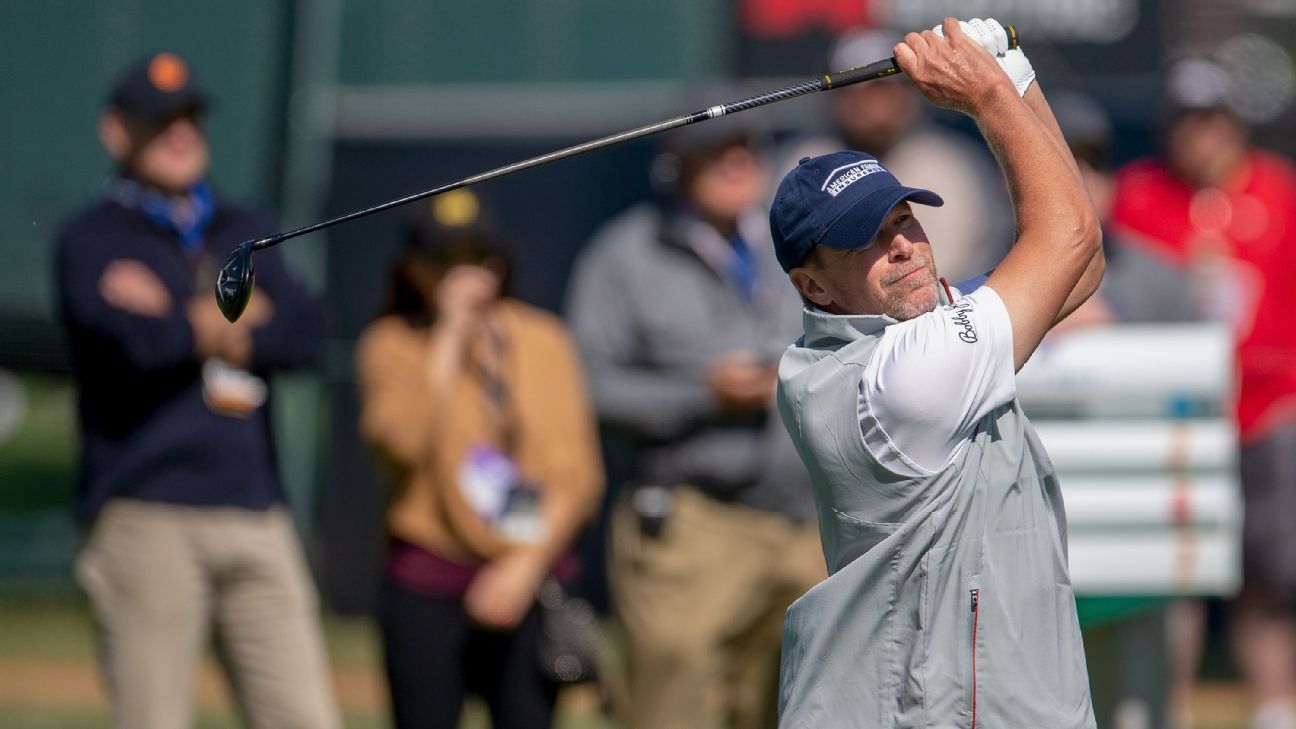 The question is how long he stays with players his own age.

It’s a question Vijay Singh and Davis Love III have contemplated over the last few years.

Now he sounds to be leaning toward the PGA Tour, with Pebble Beach and Riviera on his schedule, and possibly Phoenix.

“I talked to Tom Kite at the Ryder Cup about my position a little bit. He gave me the idea like I should be on the Champions tour. Take advantage of this opportunity, you have a short window, all this kind of stuff,” Stricker said. “Then you talk to somebody else and they say: ‘The number of years is winding down for you on the regular tour. Stay out there as long as you can.’

“I don’t know which way to go. Everybody has their opinion. I think bottom line is I’m just doing what I feel like doing. … My intention right now is to be out here and try to play as well as I can and try to win again. I still feel like it can happen.”

Both sides make sense, though times were different when Kite turned 50 in 2000. The arrival of Tiger Woods and his impact on TV contracts and prize money was just starting to kick in. Stricker already had more than $40 million in career earnings when he turned 50, and that includes five lean years in his prime. Ditto for Love, minus the lean years. Singh was over the $65 million mark.

“I’m not looking at the money part of it,” Stricker said. “If that was the case, I would be playing more on the Champions tour. I feel it’s a challenge, and I’m still feeling good enough and excited enough to take on that challenge.”

Love won the Wyndham Championship in 2015 at age 51, so he has proof it can be done. He also tied for seventh in the Sony Open.

“I’ve talked to Vijay about it,” Love said. “You’ve got to pick one or the other.”

Love has been eligible for the PGA Tour Champions since April 2014. Last year, he played more than ever on the Champions — a whopping four times.

Still to be determined is how Singh looks at the season. He turned 50 in early 2013, and it took six years before he played more on the Champions (20) than on the PGA Tour (10). Singh played 12 times on the Champions last year, compared with 18 on the regular circuit. Before that, he didn’t play more than six times a year on the Champions.

Of the five Champions-eligible players at the Sony Open, Love was the only player who did not go over to Hualalai on the Big Island. Instead, he’s going to the Singapore Open, where four spots for the British Open are available.