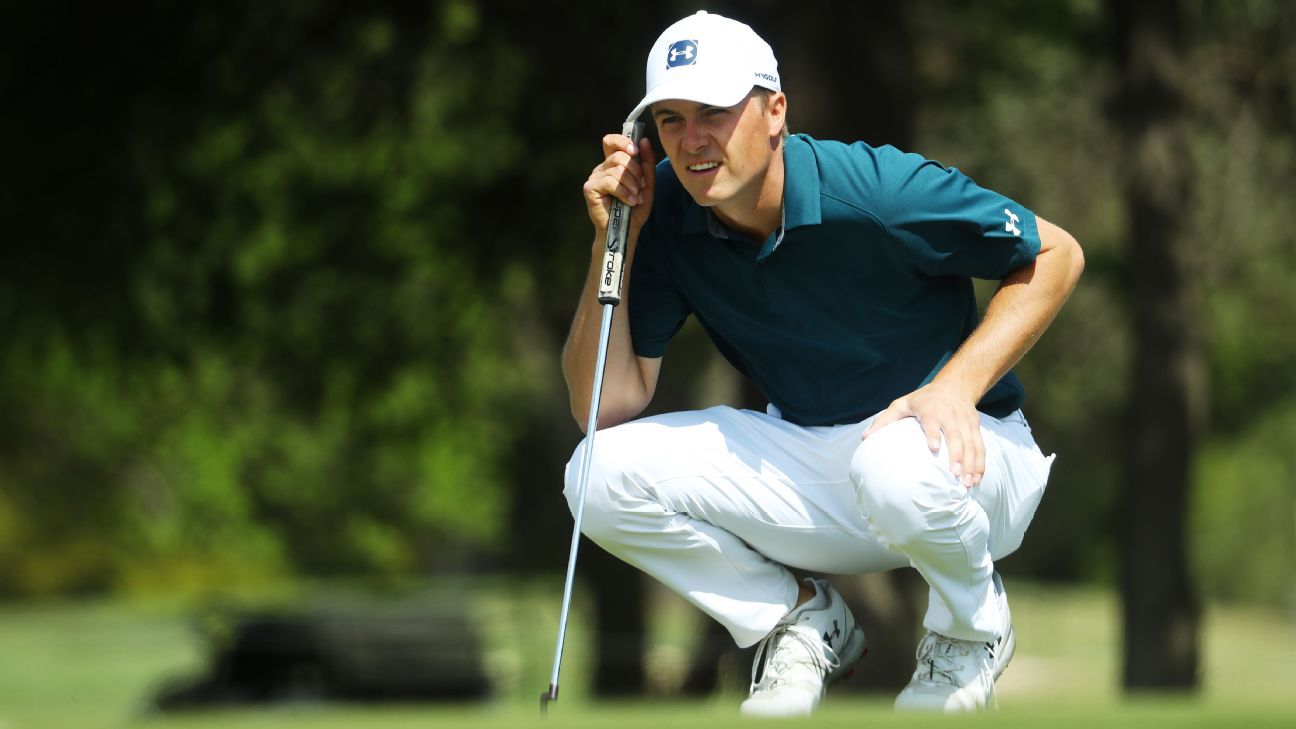 AUSTIN, Texas — Jordan Spieth found some success with a tie on Thursday at the Dell Technologies Match Play.

The most unpredictable tournament in golf began Wednesday with only a few surprises as only four of the top 16 seeds in group play failed to win their opening match at Austin Country Club.

As usual, there were quick shifts in momentum and a few big rallies at the end.

One of those belonged to Spieth, and it was badly needed. Spieth, the No. 4 seed in this event last year, is now at No. 28. He has not finished better than a tie for 35th in his six tournaments this year, alarming as the Masters nears.

And he was 3 down after just six holes to Billy Horschel.

Spieth managed to square the match with five holes to play when it seemingly fell apart with a tee shot along the banks of the Colorado River that he chopped out into a footprint in the bunker left by a bird. He lost that hole. Then he turned a chance to tie the match into another loss of hole when he three-putted from about 20 feet on the 15th.

Horschel helped the cause by missing a 3-foot par putt on the 16th that would have kept him 2 up with two to play. Spieth took it from there. He made a 6-foot birdie to match Horschel and send it to the 18th, and he lofted a wedge to 2 feet for birdie to win the 18th.

It was only worth a half-point from a match in which he never led, and it’s just one out of three matches in group play.

“To birdie the last two holes is really big for me right now, as I’m looking to gain confidence under pressure and kind of test some of the stuff I’ve been working on,” Spieth said. “It feels like you’re battling to try to win a golf tournament on a Saturday or Sunday toward the end of these matches. So, it was really cool to hit some clutch shots and pull off a tie there 2 down and three to go.”

Spieth said it was the best he has played under pressure in a while, before catching himself because he hasn’t been in a pressure situation in more than six months.