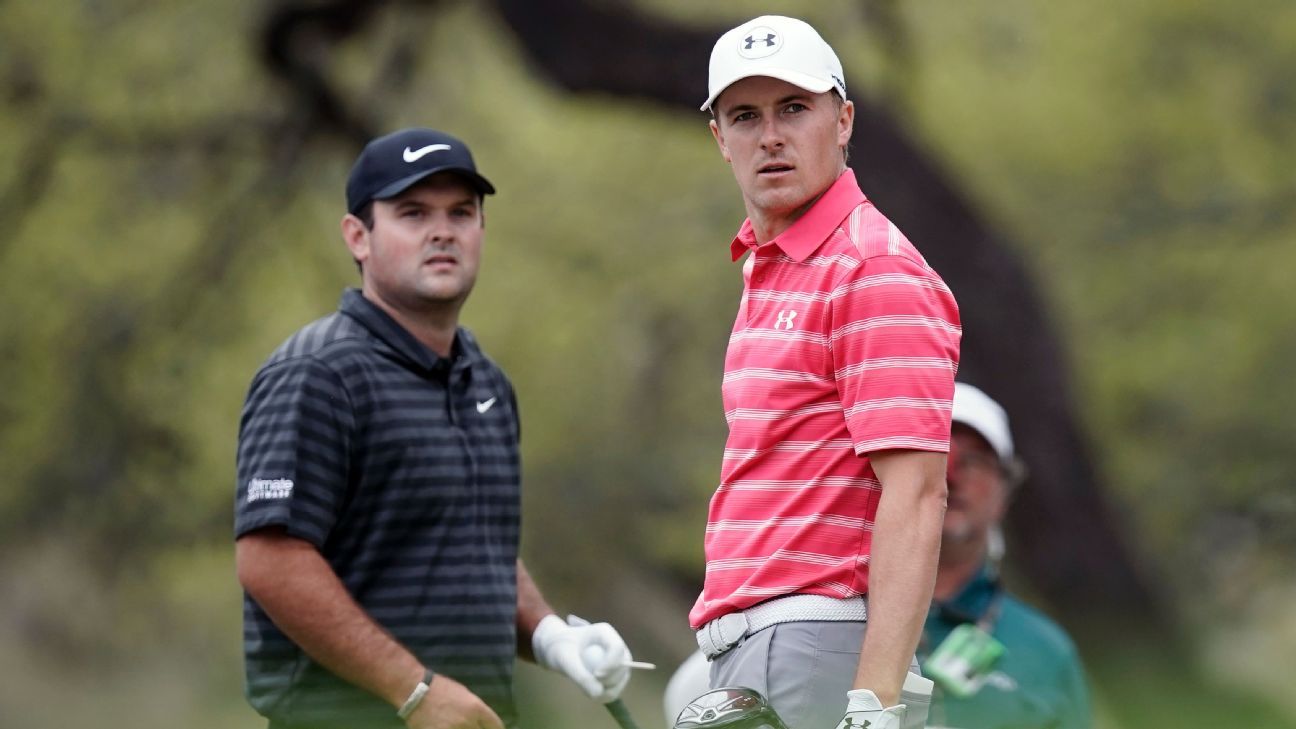 SAN DIEGO — They shook hands and hugged on the first tee, smiles and fist bumps all around. Jordan Spieth and Patrick Reed did their best to put any Ryder Cup animosity behind them, showing off for the cameras and saying all the right things afterward.

Whether any differences remain is likely left to be determined.

For the first time since the contentious end to the Ryder Cup in September, Spieth and Reed were grouped together during a tournament round on Saturday at the Farmers Insurance Open.

Although they saw each other two weeks ago at the Sony Open, it is believed to be the first time they spoke since the New York Times reported the day after the 17½ to 10½ defeat to Europe in Paris that Reed was upset the duo was split up during the competition.

“Literally when we got off the plane it was old news and we all moved on from there,” Reed said Saturday when asked if he’s talked to Spieth about the situation. In December he told the New York Post that Spieth “has my number” and that they had not talked.

“I mean, it’s really nothing. Jordan and I, we’ve moved on. We’re now just out here trying to play some good golf and trying to feed off of each other as well as just trying to go out and shoot low numbers.”

Reed had said after the Ryder Cup — where he went 1-2, losing twice with Tiger Woods as a partner before winning his singles match — that “the issue’s obviously with Jordan not wanting to play with me. I don’t’ have any issue with Jordan. When it comes right down to it, I don’t care if I like the person I’m paired with or if the person likes me as long as it works and sets up the team for success.

There had been murmurings leading up to the Ryder Cup that the successful pairing of Spieth and Reed would be split up. They were 4-1-2 in the Ryder Cup, 8-1-3 including the Presidents Cup. They went 2-0-1 in 2014 at Gleneagles and were 2-1-1 in 2016 at Hazeltine.

But Spieth went 3-1 playing with Justin Thomas, proving to be the United States’ best team.

Spieth, who struggled a good bit last season and did not make it to the Tour Championship, maintained at the Ryder Cup that all of the players were on board with the various pairings. And that view has been backed by others.

To that end, Spieth attempted to downplay the situation, saying “everything’s fine. Everything got blown up more than it should have been. It was just another round.”

When asked about the hug prior to the round Saturday, he said, “Yeah, I laughed. I think he did, too. It was more sarcasm towards y’all (media). We’ve seen each other plenty of times at Sony and here and everything’s been the way it normally is. We knew the cameras were on and we knew people were interested in that, so I just thought it would be kind of funny.”

But Reed on Saturday referred to Spieth as a “friend” and didn’t rule out a future partnership in a Ryder Cup. (There is also a Presidents Cup later this year.) “It all depends,” Reed said. “It depends on what’s best for the team. It just depends on if we make the team.

“We just both want to go out and beat each other badly. We have that kind of friendly rivalry going on. It just seems to bring the best golf out in both players. When you put two really competitive guys together in the same group, most likely [you’re] going to see some good golf.”

Reed shot 69 on Saturday and is tied for 16th, nine shots behind leader Justin Rose. Spieth, who holed out for an eagle on the 13th hole, made a triple-bogey 7 on the 15th and shot 72 and is tied for 25th.