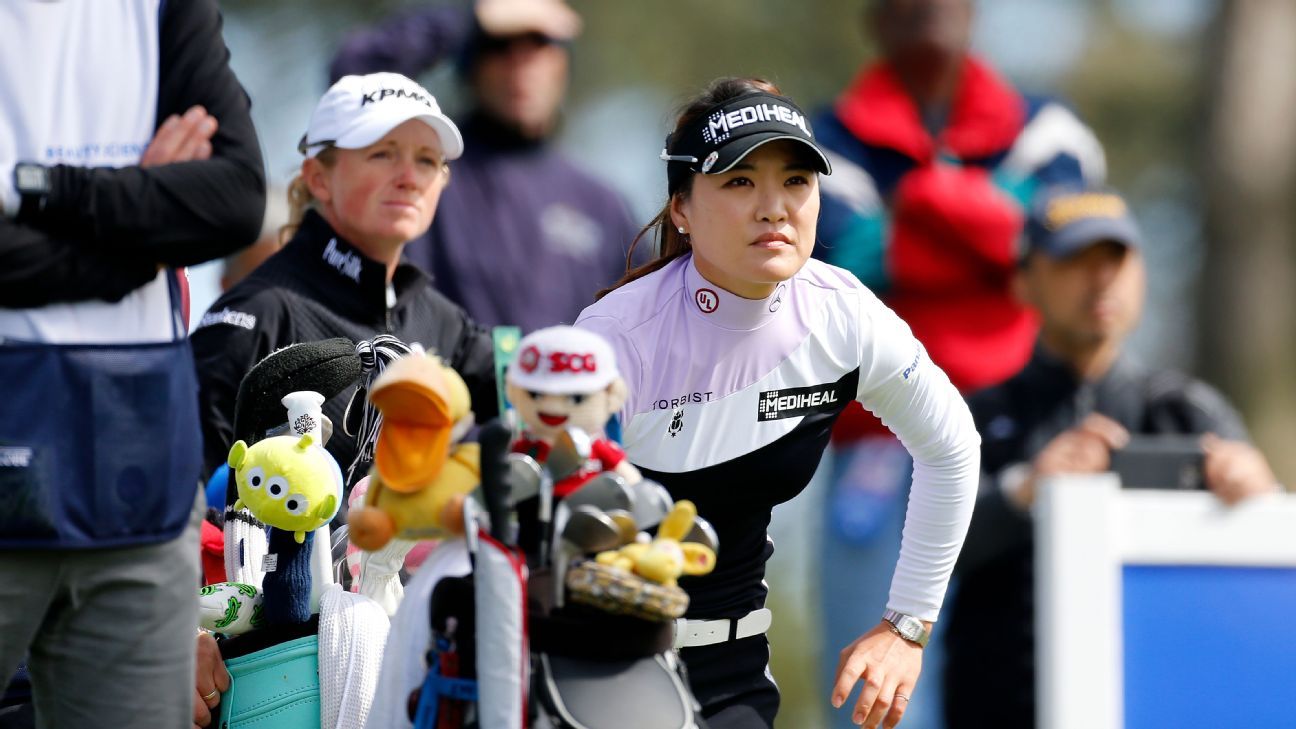 Tied for the first-round lead with Eun-Hee Ji and Anne van Dam after a 67, Ryu chipped in for birdie from the fringe on the par-3 12th, but gave back the stroke with a bogey on the par-4 16th after advancing a chip from deep rough only to the fringe.

Ryu was at 7-under 137 on the tree-lined course with tricky greens made tougher with shifting wind.

“It would feel like the wind was strong into it, then all of a sudden it stopped,” Ryu said. “So, I guess pin position and wind direction made it really tough to play today. But I shot 2-under par, never complain about that.”

O’Toole birdied three of her last three holes in the afternoon in a bogey-free 65, matching the best score the first two days. Kim had a bogey-free 66, playing through back pain. The South Korean player closed her afternoon round with a birdie on the par-5 ninth.

“I’m putting well and second shot, drive, tee shot, this course is really important tee shot,” Kim said. “I’m very aggressive at play, but some hole I have to avoid the pin. That’s not my style, but I have to.”

“I know the greens get a little bit bumpy with the poa annua,” Park said. “But if you stay patient on these greens, I think you can score.”

Van Dam had a 77 to drop into a tie for 31st at even par. The long-hitting Dutchwoman had three bogeys and a double bogey on her first seven holes on her second nine.

Minjee Lee, coming off a victory Sunday in Los Angeles that moved her to No. 2 in the world, rebounded from an opening 76 with a 69 to reach 1 over. Defending champion Lydia Ko was 2 over, following an opening 75 with a 71.

She also won at Lake Merced in 2014 and 2015 when it hosted the Swinging Skirts LPGA Classic. Canadian Brooke Henderson, the winner two weeks ago in Hawaii, missed the cut with rounds of 72 and 76. Jessica Korda and Stacy Lewis also failed to advance. Korda shot 79-73, and Lewis 76-79 — with Lewis playing alongside Ryu.