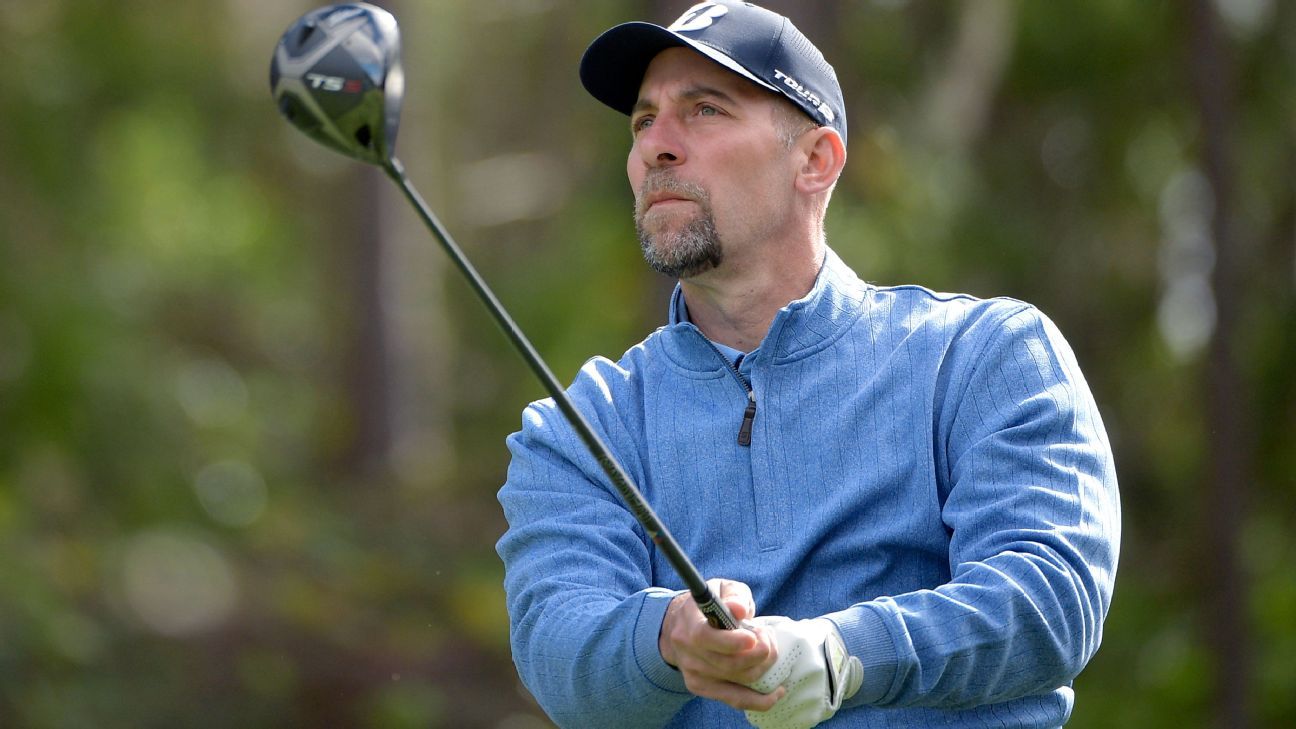 TUCSON, Ariz. — Kenny Perry shot an 8-under 65 on Friday to take the Cologuard Classic lead, Mark O’Meara matched the PGA Tour Champions record with eight straight birdies in a 66, and former baseball star John Smoltz failed to build on a strong start in his tour debut.

Smoltz birdied three of the first eight holes on Omni Tucson National’s Catalina Course, then played the final 10 in 3 over for an even-par 73. After birdieing the par-5 eighth, the 51-year-old Hall of Fame pitcher dropped strokes on the par-4 ninth and 10th. Playing on a sponsor exemption, he had a double bogey on the par-5 15th, birdied the par-5 17th and bogeyed the par-4 18th.

Perry made a 20-foot eagle putt from the fringe on the 17th — his eighth hole — in a bogey-free round. The 58-year-old Kentucky player has 10 victories on the 50-and-over tour after winning 14 times on the PGA Tour.

“Just played steady,” Perry said. “I drove it nice, made some good quality putts, and I think I only missed one, maybe two greens today in regulation. So, I had a lot of opportunities and I hit a lot of fairways. Got a good score out of it.”

The 62-year-old O’Meara opened with a par on No. 1, then ran off the eight straight birdies for a front-nine 28 — one off the tour record. He followed the streak with eight straight pars and bogeyed the last after driving into the water.

“Anytime you shoot 7 under, I guess you can’t be too disappointed, but certainly when you’re 8 under after nine holes, you would like to do a little better,” O’Meara said.

O’Meara tied the tour record for consecutive birdies set by Chi Chi Rodriguez in the 1987 Silver Pages Classic and matched by Jim Colbert in 2000, Dana Quigley in 2005 and Joe Ozaki in 2006.

“I hit some good drives, I hit some good iron shots, I made the putts that you would hope to make,” O’Meara said. “And then I hit a 3-iron to about 2 inches on hole No. 7, birdied 8, and then 9 I hit a big curling putt.”

Defending champion Steve Stricker, Miguel Angel Jimenez, Jeff Maggert and Willie Wood matched O’Meara at 66, and Scott McCarron opened with a 67. Jimenez won the Chubb Classic two weeks ago in Florida for his for his seventh PGA Tour Champions title.

Woody Austin had a 70 for his 37th consecutive rounds at par or better, one off the tour record shared by Jay Haas and Colin Montgomerie. Fred Couples shot 73, playing alongside Stricker and David Toms (71).