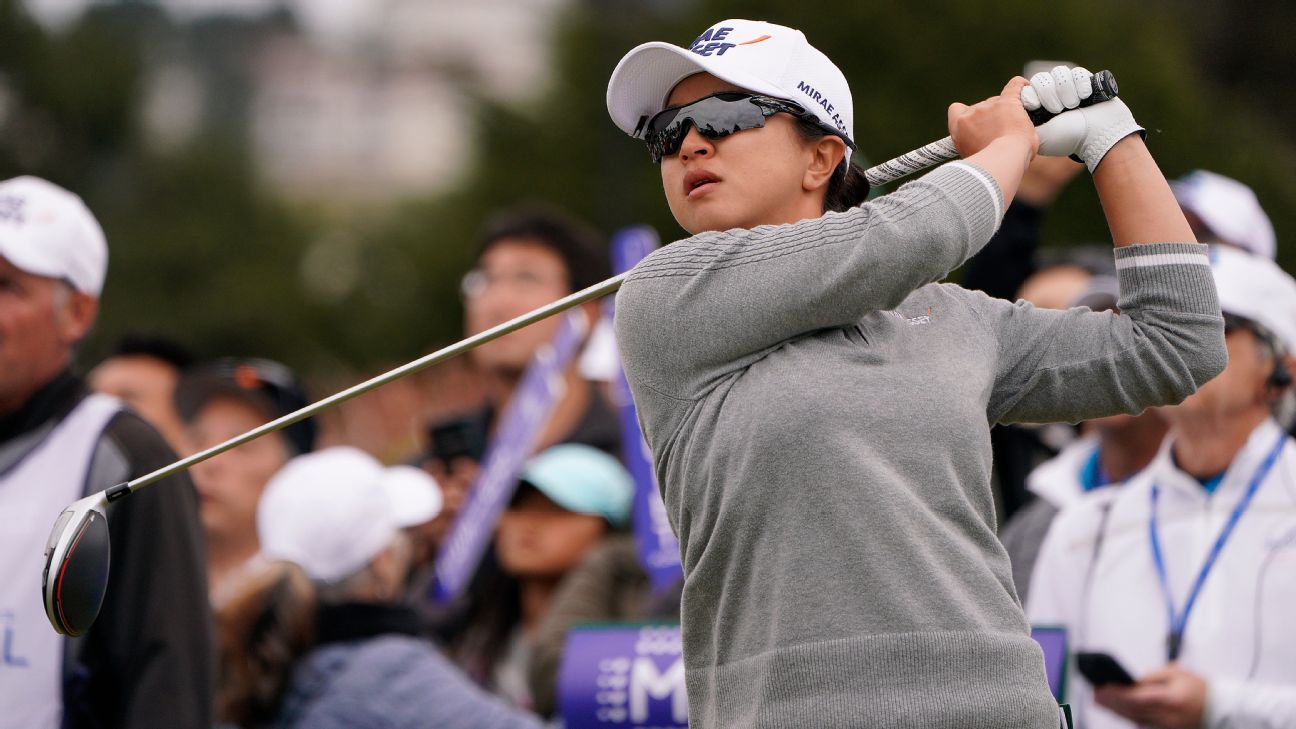 DALY CITY, Calif. — Sei Young Kim overcame a rough start to win the LPGA MEDIHEAL Championship on Sunday at cold and windy Lake Merced, outlasting Bronte Law and Jeongeun Lee6 with a birdie on the first hole of a playoff.

Three strokes ahead entering the day, Kim opened with a double-bogey and a bogey and dropped another stroke on No. 8. The 26-year-old South Korean birdied the par-5 15th to regain a share of the lead, dropped back with a bogey on the par-3 17th and birdied the par-5 18th for a 3-over 75 and a spot in the playoff at 7-under 281.

Law closed with a 65, finishing more than two hours before Kim, and Lee6 had a 67.

Kim won for the eighth time on the LPGA Tour, improving to 4-0 in playoffs. She nearly retraced her regulation path on the 18th in the playoff, almost driving into her own divot and hitting another 4-iron from 199 yards one foot closer than before onto the front right fringe.

Law left her approach short and right and pitched to 6 feet. Lee6’s approach bounced into the middle of the green, leaving her a 40-foot eagle putt that she hit 6 feet past. After Kim putted to 2 feet, Law missed her birdie putt to the right, and Lee6’s try went left. Kim then ended it.

Law, the 24-year-old former UCLA star from England, missed a chance to tie the LPGA Tour record for the largest comeback, at 10 strokes. She made five birdies in a six-hole stretch in the middle of the round and reached 7 under with a 4-wood to 4 feet for eagle on No. 15.

Lee6 played the final four holes in regulation in 4 under, holing a 12-footer for eagle on 15 and making birdies on 16 and 18. The 22-year-old South Korean has the number in her name because she was the sixth player with the name on the Korean LPGA. She has embraced the number, answering to it and writing a large “6” on her balls. Her South Korean fan club is called “Lucky 6.” Jeongeun Lee5 also plays the LPGA Tour.

Lexi Thompson, Amy Yang, Eun-Hee Ji and Charley Hull tied for fourth at 5 under. Thompson, Yang and Ji each shot 71, and Hull had a 74. Hull eagled the 15th to get within a stroke of the lead, bogeyed the 16th and parred the final two.