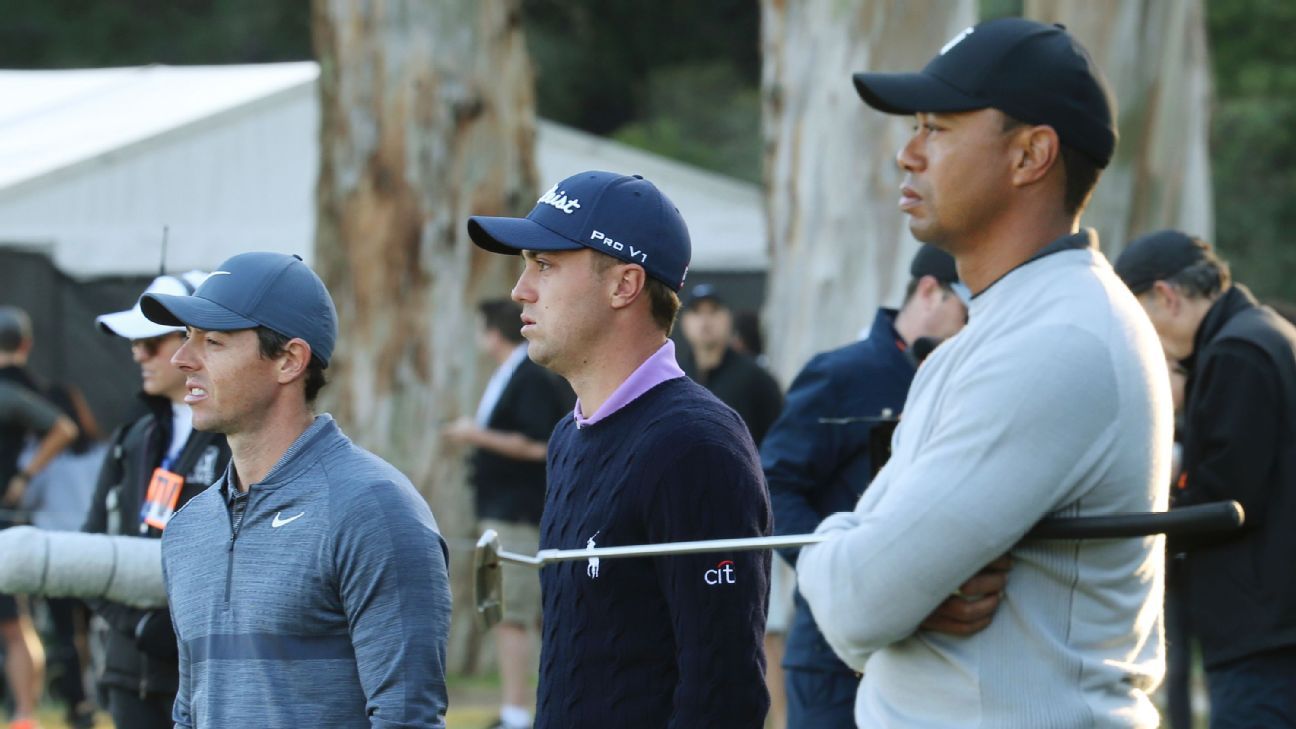 It’s the most wonderful time of year, a time to start saying and writing things that wind up roasting your chestnuts on an open fire.

If I’m going down this prediction road, I’m going to be driving a stolen Lamborghini with 50 cop cars and a helicopter chasing me. The passenger seat is empty — you coming with me?

So here are all the things you’ll see happen in golf over the next year:

Brooks Koepka wins two majors
We may have finally found “that” dominant force we’ve been looking for.

Brooks Koepka loses a bet to me and has to buy me another pair of Jordans.
As dominant as he is, his left-handed game is still short of mine. (But, I’m lefty.) Just like the last three-hole challenge we played, I own him. (Again, he was playing lefty, and he is not lefty.)

Two PGA Tour pros get suspended, but the Tour doesn’t announce it
What makes you feel better: knowing this to be true or knowing who and why?

Rickie Fowler and Jordan Spieth end the year with the same number of wins
It’ll be more than zero. Let’s just leave it there.

Tommy Fleetwood will cut his hair
Fleetwood and Pat Perez play a Tuesday practice round, and losing this bet hurts way more than money.

Patrick Reed serves crow at the Champions Dinner before the Masters
You don’t have to like it, you just have to eat it.

Justin Rose finishes in the top 10 of all four majors but doesn’t win any of them
This is when consistency sucks.

Tiger Woods misses the cut in a major
This is when one bad putting week gets him. Familiarity — he knows his way around Augusta National (Masters), Bethpage Black (PGA Championship) and Pebble Beach (U.S. Open) — does not make putts. So, not saying which major week it’ll be, but it’s going to happen.

Tony Finau wins a major
And he doesn’t have to reinsert his dislocated ankle to do it.

Bryson DeChambeau wins a major
Welcome to the era of one-size-fits-all golf clubs.

Jon Rahm wins a major
This is who will be the international threat to Koepka’s hold on world No. 1.

I predict four guys win five majors
This is called hedging your bet.

Ian Poulter buys himself a Ferrari
This is to celebrate him moving ahead of Rory McIlroy in line to be a future Ryder Cup captain, since the current rules would ban McIlroy from being a future captain if he opts out of membership.

Jason Day will win a tournament while feeling sick
Just in: Water is wet. Anytime Day wins, something’s always wrong with him.

Bubba Watson wins a tournament and doesn’t cry
There has to be a first time for everything.

Bubba Watson wins a tournament and cries
Back to our regularly scheduled program.

Google doesn’t have a definition or spelling of six words Bryson DeChambeau uses in 2019
The Merriam-Webster website crashes with this one.

A non-American wins The Players
At least this won’t sting the U.S. as bad as the Ryder Cup.

The Players will have a freeze delay
Everyone who thought moving this to March was a good idea all go into hiding.

Two PGA Tour caddies get replaced by the player’s significant other
First, Patrick Reed did it (with Justine on the bag), and they won together. Now Lee Westwood did it (with Helen Story) and won. Since these caddies are out of work, don’t think you can have my job.

There will be two holes-in-one on par 4s in 2019 on the PGA Tour
But the ball does not go too far.

You will know who Corey Pereira is by the end of 2019
I won’t tell anyone you are Googling him right now.

The PGA Tour will not assess a slow-play penalty in 2019
When is the last time a tournament did not finish on time due to slow play? That would be never.

A controversial ruling will cause a rule change
At least this time it won’t involve Lexi Thompson.

Lexi Thompson will win three times with zero controversy
Who knew a puppy would translate into so many wins?

Hideki Matsuyama will win a tournament
Unfortunately for him, it won’t be on the PGA Tour.

Francesco Molinari will go winless in 2019
He won’t be Danny Willett, but he ain’t Brooks Koepka either.

Six of the top 20 players in the world will skip the WGC event the week after The Open
So, 40 degrees in Northern Ireland to 100 degrees in Memphis is appealing to who, exactly?

An American will win The Open
If you’ve been paying attention, I’ve already narrowed it down to three people for you.

Haotong Li will win and get back inside the top 50 Official World Golf Ranking
Instead of talking about Matsuyama, we should be talking about this guy.

Phil Mickelson will win in 2019
He’s got 9 million reasons to be confident.

The FedEx Cup/Tour Championship format will be changed after this first year
The LPGA Tour got it right with the winner-take-all tournament format for its year-end event. The PGA Tour should follow the LPGA Tour.

The European Tour Twitter feed will have to issue an apology
When you walk the long line enough, at some point you cross it — even accidentally.

There will be 19 women who earn $1 million or more on the LPGA Tour, breaking the record of 17 in 2017
What’s more surprising is the record is only 17.

There will be 110 men who earn $1 million or more on the PGA Tour.
See above, while shaking your head.

Bernhard Langer will win two events on the Champions Tour
Has anyone checked to see if he is a cyborg?

The Match 2 will be announced. Patrick Reed versus Jordan Spieth!
It should have been Match 1!

Cameron Champ averages more than 330 yards driving distance
The ball does not go too far.

The USGA and R&A announce there is still no correlation between distance and equipment
Again, the ball does not go too far.

The USGA holds a news conference: It is IMPOSSIBLE for it to mess up the course setup for the U.S. Open at Pebble Beach
Raucous laughter ensues.