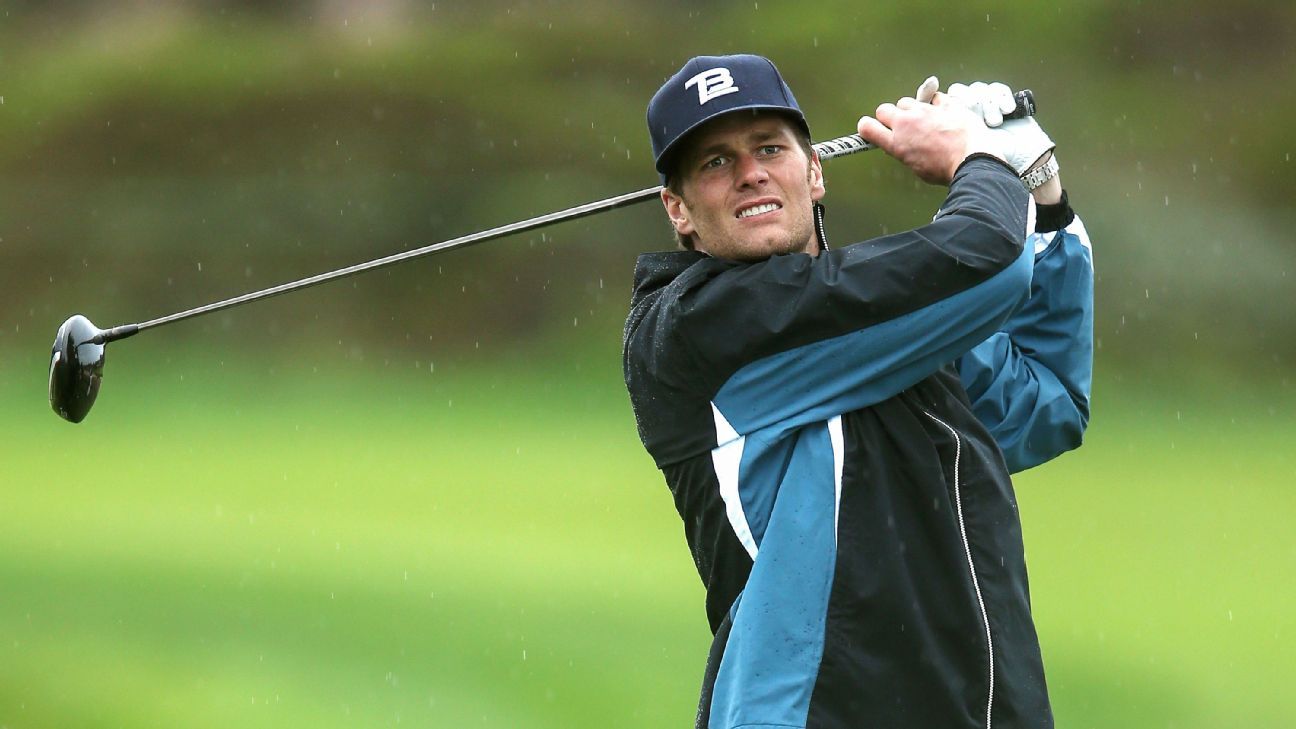 The golfer most likely to throw a club on Sunday is the one who is still throwing passes in the NFL. That’s Tom Brady, of course.

“One hundred percent,” Wes Welker confirmed with a smile. “If he starts hitting bad shots, and it gets bad, they’re going to get thrown or broken, for sure.”

Welker, who often enjoys ribbing his good pal, would know.

He not only caught passes from the ultra-competitive Brady as New England Patriots teammates from 2007 to 2012, but also has been part of his golf foursome several times. One highlight came in the Bahamas when, by Welker’s estimate, they were wagering $2,000 per hole.

Welker has a similar connection with Peyton Manning from their time together with the Denver Broncos (2013-2014), which also extended from the football field to the golf course.

So count Welker among those intrigued as to what will unfold Sunday at 3 p.m. ET when Brady and Phil Mickelson team up to take on Manning and Tiger Woods in an 18-hole event called “The Match: Champions for Charity,” hosted at Medalist Golf Club in Hobe Sound, Florida, with the proceeds going to coronavirus relief. It will be nine holes of best-ball format and nine holes of a modified alternate-shot format.

What can fans expect to see from Brady on the course?

“You see how he is about his throwing motion — and quarterbacks really understand — Tom takes it to the extreme. So it’s like, everything has to be perfect,” Welker said. “When he works at it, he’s a pretty good golfer, can shoot mid-to-low 70s. Now, when he’s not working on it — I mean, he sucks. So it can go either way.

“He’s more of a serious-type guy, wants to win, is ultra-competitive, and there’s gotta to be money on the line. Peyton, there’s not as much gambling going on. It’s more about playing golf and let’s see who wins.”

Sunday won’t be Brady’s first time on the course with golf pros. In 2014, he played in the Pebble Beach pro-am with Ricky Barnes, and the two have remained connected ever since.

The 39-year-old Barnes, who like Brady grew up in Northern California, remembered first meeting Brady on the putting green and was surprised when Brady wished him happy birthday, a reflection that he’d done some scouting on his partner.

As for Barnes’ scouting report on Brady, it is complimentary.

“Real athletic, good swing. Overall, I’ve seen Peyton’s swing, he probably has a better swing than Peyton,” he said. “I believe that they’re very similar in handicaps — 4 or 5, depending on how much they’ve played. Obviously, Peyton’s been probably playing a little bit more, but [Tom is a] good golfer, very coachable. Kind of grew up playing the game.

“I think people, what they won’t realize when they do see them — two of the best quarterbacks of all time, two of the almost greatest golfers of all time — is how much higher and softer the pros will hit. They will fly it so much further. Peyton and Brady hit kind of more pure seam ball that will get on the green a lot quicker, or on the ground a lot quicker, where Tiger and Phil can send the 7- and 6-irons to the moon. And that’s a huge difference when you’re talking about a plus-4 handicap as opposed to just a 5 handicap, where a 5 handicap in golf is very, very good.

“So take that into consideration when watching the match. It’s going to be a great showcase for not only athletes and COVID relief, but to show [how] much separation there is between pro golf and a very good golfer.”

Barnes, who shares insightful stories of his time on the course with Brady and Patriots coach Bill Belichick, is also interested in seeing the dialogue on the course.

“I think that will be really cool to see how much the other guys are interested in the others’ sport,” he said, adding that the best-ball format might promote more of it.

Both Barnes and Welker noted how close Brady and Manning have become over the years. When Barnes played with Brady in 2014, they shared dinner together with Manning afterward and the dialogue was free-flowing. Meanwhile, Welker remains connected with both.

“And for them to go out there and do something like this for charity, that’s just who they are,” Welker said. “It’s kind of cool to see, two guys who competed against each other for so long, and there was almost a hatred while they played against each other and now it’s like ‘All right. We accomplished some pretty cool things — you won some, I won some — and it’s cool to come together and still compete.’

“I don’t know how much they’ll be competing as much as Tiger and Phil will, but I’m sure they’ll be ready to win, and I’m sure there’ll be some trash talking going on, which will be pretty cool.”

As for who will win, Welker couldn’t resist one final zing.

“At the end of the day, they’re amateur golfers and I hope to see the amateurism in full display.”