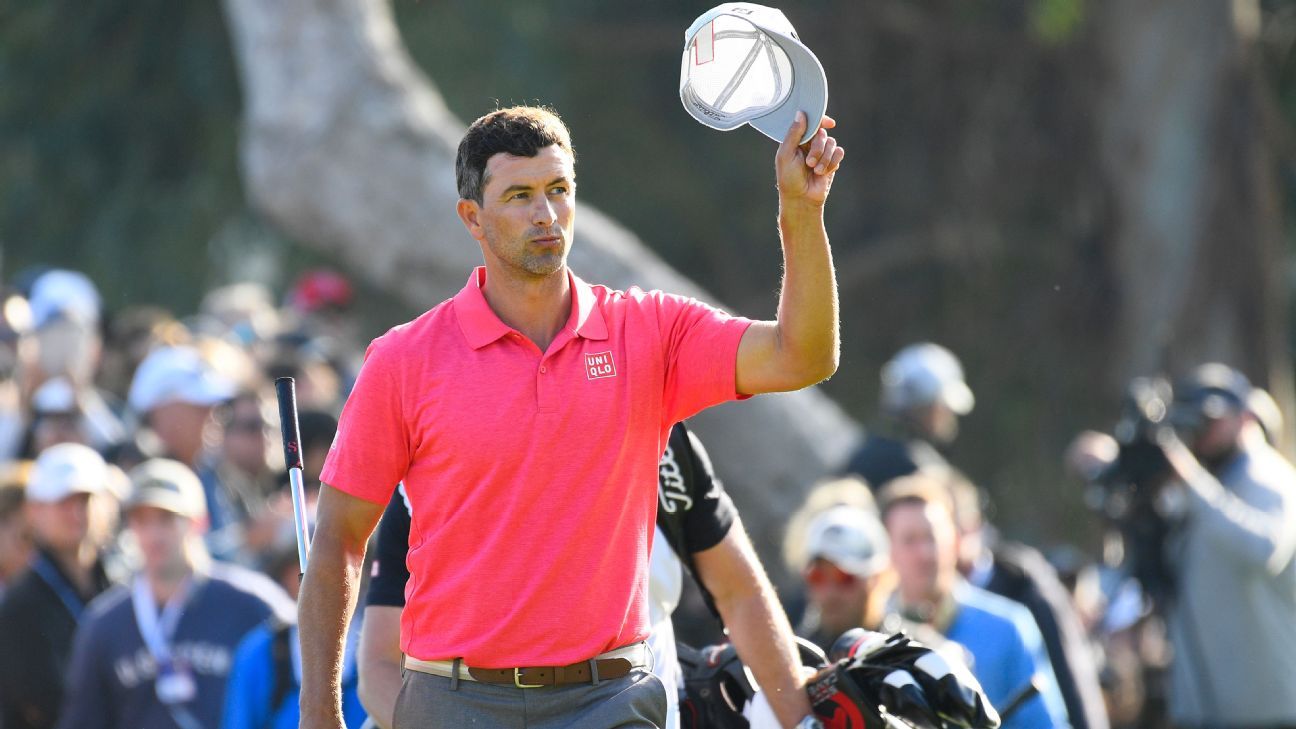 SYDNEY — In a phone-a-friend moment during the coronavirus pandemic, Adam Scott reached out to a fellow golfer who’d been waiting for his call.

Under the headline “No cameras, no trophies, but Adam Scott just won the lockdown’s act of kindness award,” the Sydney Morning Herald newspaper reported Tuesday about an interaction between one of the world’s leading players and a fan he’d never met, but who believed the pair were golfing buddies.

Ross Campbell reportedly has seven brain tumors and experiences confusion, including a belief that he and Scott regularly played rounds together.

The 76-year-old Campbell’s daughter reached out to Scott while he was briefly back in Australia and the golfer readily agreed to make a call.

The newspaper quoted Campbell’s wife, Pam, saying she stood by in tears as the pair spoke.

“They talked golf and Ross mentioned that he gets very wobbly in the legs when he goes out to play. He’s in a wheelchair and can hardly stand up but Adam must have sensed this and said he gets wobbly in his legs, too,” Pam Campbell told the Herald.

“He’s always loved Adam Scott, particularly because he is Australian,” Pam Campbell continued. “Many high profile athletes must get so many requests to put themselves out, yet Adam responded to my daughter’s request straight away.

“The video he sent also shows him practicing putting and Ross can watch it any time he feels inclined.”

Scott, the 2013 Masters champion, has returned to the top 10 in the world rankings after winning the 2019 Australian PGA Championship and claiming victory against a strong field at the Genesis Invitational in February, his first won on the PGA Tour since 2016.

The PGA Tour has been halted since the middle of March due to the coronavirus.

Ex-tennis pro Fish wins American Century crown
Tiger grouped with McIlroy, Koepka for Memorial
What you missed this weekend: Mahomes’ pine cone, Burrow’s street and chugging beers in the bubble
Three of the most intimidating shots everybody faces, and how you can hit them better
PGA Tour clarifies virus policy on return to play