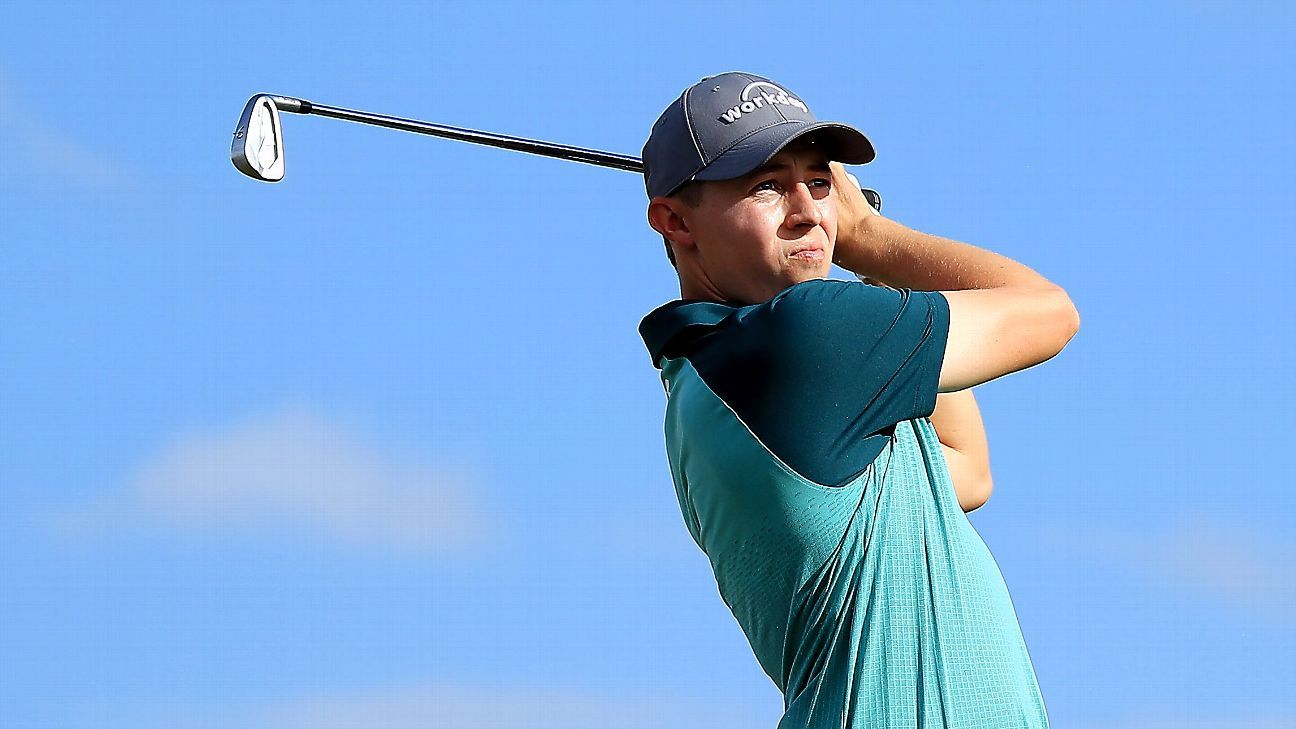 ORLANDO, Fla. — Rory McIlroy seems to have everything going his way at Bay Hill except for recent history.

With three birdies over the last four holes, McIlroy had a 6-under 66 on Saturday that left him one shot behind Matt Fitzpatrick and in the final group of a PGA Tour event for the third time in five starts this year, and the ninth time dating to the start of 2018.

There’s also some frustration from not having won from the final group since the Irish Open in 2016.

And by the look of Bay Hill in the warm, late afternoon — greens that looked yellow, fairways feeling tighter in such firm conditions — it won’t be any easier.

“Just what I needed,” McIlroy said. “I did everything I needed to do today to get myself back in the golf tournament, and excited to have another chance tomorrow.”

Matt Fitzpatrick managed to avoid bogeys on a Bay Hill course so firm he could barely find any pitch marks on the greens Saturday. It led to a 5-under 67 and a one-shot lead as he goes for his first PGA Tour title.

He was at 9-under 207, which spoke to the difficulty of a fast, fiery course that would have made Arnie proud. It was the highest 54-hole score to lead at Bay Hill since Ben Crenshaw was at 210 in 1993.

That would have surprised no one who had to play it, especially late in the warm afternoon.

Fitzpatrick wasn’t aware that Keegan Bradley and Tommy Fleetwood, the co-leaders after 36 holes, had quickly gone in reverse. But it didn’t take him long to figure it out. He hit a sand wedge from 115 yards to just inside 10 feet, and he couldn’t even find where the ball landed.

“So when you see that, you know it’s going to be in for tough, fiery greens,” Fitzpatrick said. “But the condition of the greens is fantastic and they have been all week, so I think that that’s what make it’s so great. You can still hit to 30 feet, 40 feet and just have a perfectly great putt, just because they’re so good.”

McIlroy started quickly and was just hanging around until his big finish. He hit pitching wedge that settled a foot away for a tap-in on the 15th, hit a pitch over the bunker from right of the green on the par-5 16th for a 4-foot birdie, and then finished with another pitching wedge to 10 feet for one last birdie.

Those birdies were big. The pars weren’t bad, either.

“I felt for part of the round today that I was hanging on,” McIlroy said. “You hit it up to 25, 30 feet, you take your two-putts, you move on and know you’re not going to lose any ground on the field.”

That finished put him where he wanted — the final group.

But there are plenty of others still in the mix.

Fitzpatrick looked at the electronic leaderboard next to him and figured every name had a chance.

Fifteen players were within five shots of the lead.

“There’s water around here, the greens are firm, the rough’s thick,” Fitzpatrick said. “Today someone was saying it’s a bit like a U.S. Open, which I could totally see. It only takes a couple of water balls from the top five guys, a few dropped shots early and all of a sudden you sort of are not looking like you’re in a great position.”

The list included Fleetwood, who made a 6-foot putt on the 18th hole for his first birdie of the day and a 76. He also was five back.

Bradley didn’t have a par until the sixth hole, and only one of those was a birdie. He missed the fairway on No. 1 (bogey), hit into a bunker on No. 2 (bogey), three-putted for bogey on No. 3 and had another bogey from the bunker on No. 5.

He rolled in a 35-foot birdie putt on the 18th for a 75, and while that big fist pump seemed out of place for someone who endured such a tough day, he had reason to cheer. After all that, Bradley was just three shots behind.

Aaron Baddeley and Matt Wallace each had a 69, while Kevin Kisner had a 70. They were at 7-under 209, still very much in the game.

“The golf course is playing brutal, and just nowhere to get it close to the pin,” Kisner said. “Greens are firm, hitting a lot of long irons, and it’s a true test.”

McIlroy sees some similarities to his victory last year at Bay Hill. He started slowly and began to hit his stride, playing a little bit better each day. He also went to one of the Disney parks after finishing early Friday, just like last year when he was at Magic Kingdom and rode Space Mountain.

“Tower of Terror,” he said, and that might be appropriate if the conditions at Bay Hill stay this way.