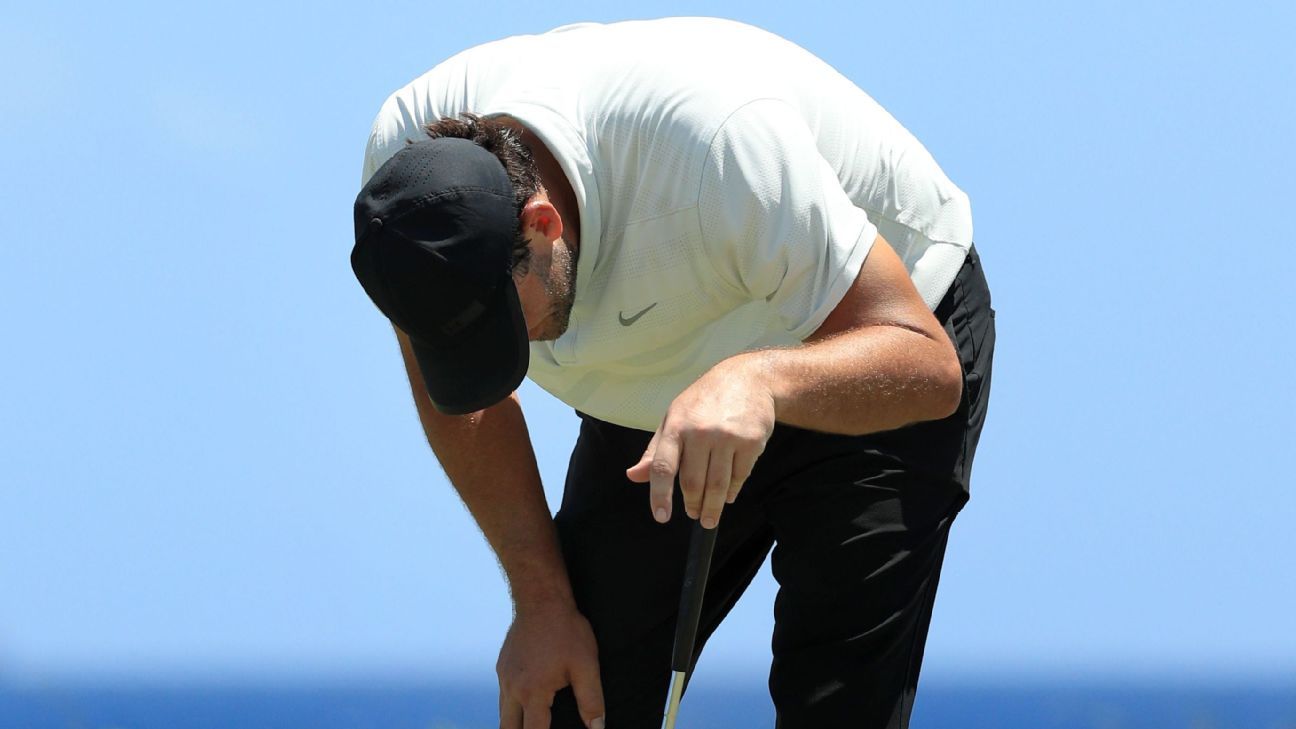 PUNTA CANA, Dominican Republic — Joel Dahmen birdied five of his last six holes Thursday for a 6-under 66 and a share of the first-round lead in the PGA Tour’s Corales Puntacana Resort & Club Championship.

Dahmen rebounded from a bogey on the par-4 third with four straight birdies and closed with another birdie on the par-3 ninth. Winless on the PGA Tour, the 31-year-old former University of Washington player was tied with Matt Jones and Paul Dunne.

“Slow start,” Dahmen said. “I bogeyed the par-5 early but knew that the front was gettable. The wind was pretty consistent all day, which was nice. Then just made a couple nice putts.”

Former Dallas Cowboys quarterback Tony Romo had a 79. Playing as an amateur, the CBS analyst bogeyed three of the first four holes and had a triple-bogey on the par-4 eighth. He bogeyed the par-4 13th, failing to make a birdie in the round.

“I think it’s somewhat nerves early on,” Romo said. “Missed a few short putts that you feel you normally make, and then just a bad swing on 8 that cost me a triple-bogey. Hard to make birdies out here, just the wind.”

Romo was tied for 128th, ahead of only two players. He missed the cut and finished last a year ago.

“I think you want to really compete with yourself, see how good you can get,” Romo said. “I play with a lot of these guys, you see how talented they are and how good. The thing that stands out is the consistency, the ability to do it over and over again. In this game, one or two swings costs you a day. Today, that was a little bit of my day.”

Sung-jae Im, trying to move from No. 59 in the world into the top 50 to get into the Masters, was one stroke behind the leaders. The winner doesn’t earn an automatic Masters spot because the event is being played opposite the World Golf Championships event in Texas.

Dunne birdied three of his last four, finishing on the front nine. The Irishman won the 2017 British Masters.

“I like the golf course. I feel comfortable here,” Dunne said. “The couple of loose tee shots I normally hit in a round I can get away with here, so play to my strength a little bit. The breeze blowing for the week is nice. We’re used to that.”

Jones also had a strong finish, birdieing three of the last five on the back nine. The Australian won the 2014 Shell Houston Open for his lone PGA Tour title and won the 2015 Australian Open.

“Just hit a lot of quality iron shots and got it close to the pin,” Jones said. “Six under was a good score. It was probably the worst score I could have shot today.”