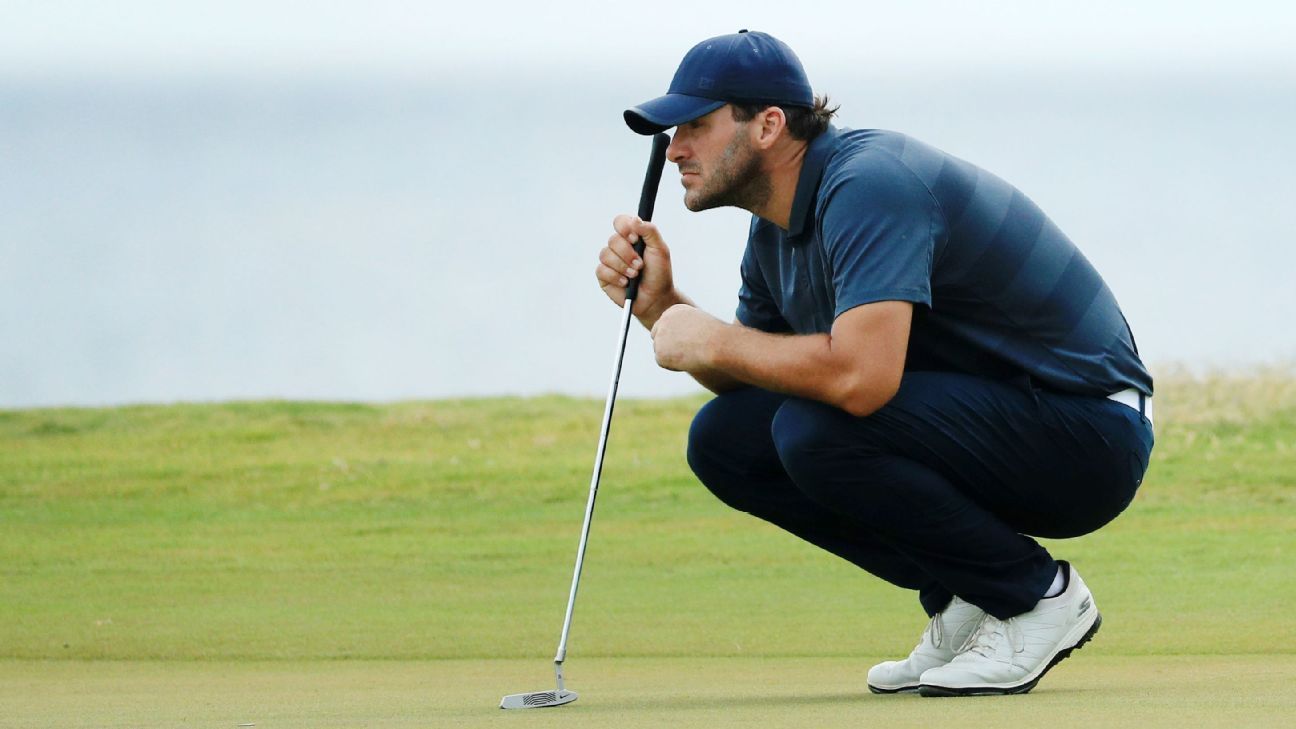 Tony Romo has PGA Tour experience, ample familiarity with the course and a chance to win this week’s AT&T Byron Nelson in Dallas, Texas – a 10,000-to-1 chance.

The SuperBook at Westgate Las Vegas installed Romo at 10,000-1 to win this week at Trinity Forest Golf Club, where the former Dallas Cowboys quarterback and current CBS broadcaster is a member. Oddsmakers at Caesars Entertainment sportsbook have Romo at 2,000-1.

This will be Romo’s third PGA Tour event. He missed the cut in his first two tournaments, including in March at the Corales Puntacana Championship, where he finished at 15-over par after two rounds. He’ll be facing much stiffer competition this week.

Brooks Koepka, at 13-2, is the favorite at the Byron Nelson, followed by Hideki Matsuyama at 16-1 and Jordan Spieth at 18-1.

The SuperBook also set the over/under on Romo’s first round at the Byron Nelson at 77.5. His lowest score in his four rounds in a PGA Tour event is 77.

“If you want to compete, you want to play against the best,” Romo told the Fort Worth Star-Telegram on Monday. “Obviously I understand where I’m at comparatively to the guys in this field. These are the best of the best.”

A longshot did just win on Tour, when Max Homa, who was listed at 300-1 at some sportsbooks, captured the Wells Fargo Championship on Sunday.

Aaron Wise had 40-1 odds when he won last year’s Byron Nelson. Wise opened at 20-1 to defend his title this week.