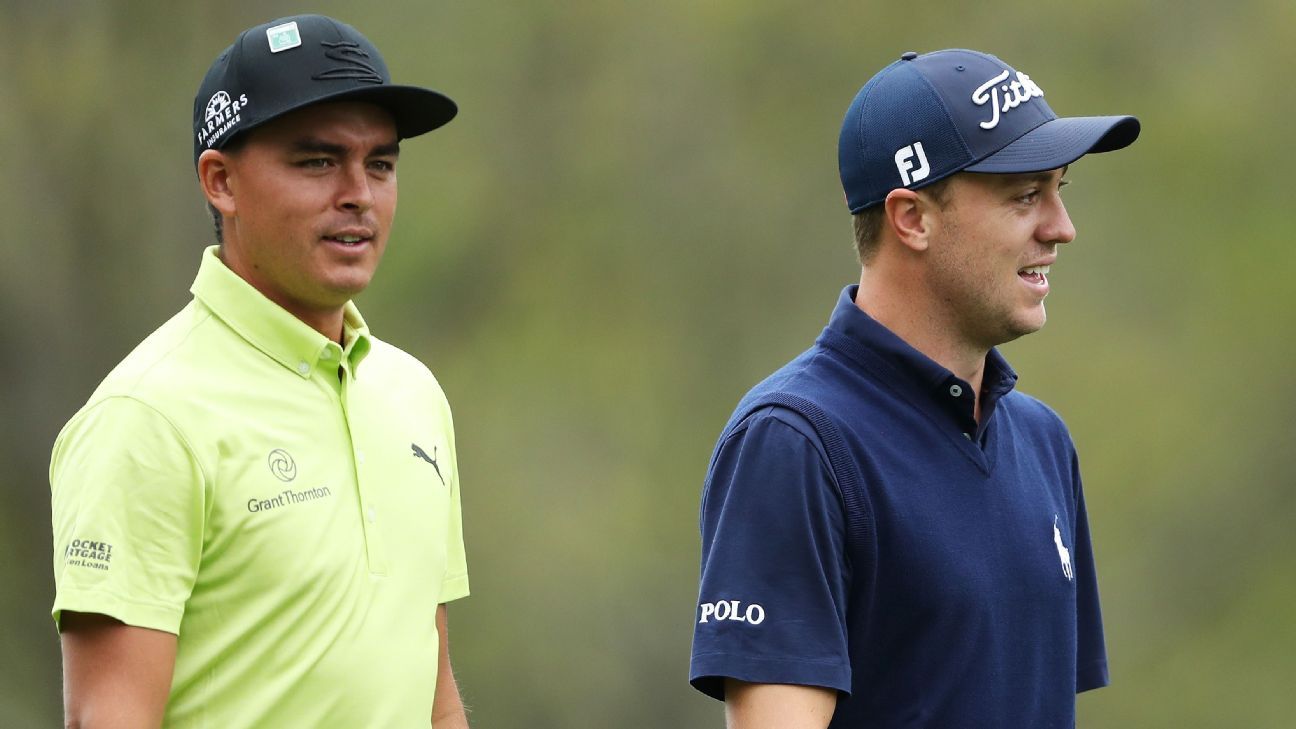 They’re also cohabitants for the week.

The two close friends are sharing a house with their significant others in Scottsdale this week, which will give them plenty of time on Thursday night to talk, rib and enjoy sharing the lead at 7-under. But Fowler came within 10 inches on his final hole of the first round of holding the coveted “bragging rights” over Thomas — at least for a night –which would’ve made for an interesting evening.

“I was really hoping I was going to make that last putt,” Fowler said. “I hit it perfect and I thought it was going to break a little more at the end. It didn’t.

“I wanted bragging rights at dinner. But, no, we’re going to keep it rolling. It’s going to be fun. Hopefully we can keep it going into Sunday and put on a little boxing match.”

Thomas felt he didn’t get off to “the greatest start score-wise” after shooting par on his first five holes. He finished with seven birdies, including a stretch of five in six holes.

“I just have to stay patient and wait for it to happen,” Thomas said of a win.

This isn’t the first time Fowler and Thomas have shared a house during a tournament.

They’ve done it “a lot,” Fowler said, and often at the The Open. But the two also live about a half-mile apart in Jupiter, Florida, so staying together on the road is just an extension of their everyday life.

“We spend a lot of time together,” Fowler said. “Practice, play together. We enjoy pushing each other. That was a little extra motivation. Obviously, I wanted to make that putt and hit it perfect. It would just be nice to be able to needle him a little bit.”

When they retire to their house Thursday evening, they won’t leave golf on the course. Fowler said the two will talk about their rounds — the good, bad and ugly — but some friendly jabs will also likely be on the menu at dinner.

“I’ve always loved spending time around my friends and growing up junior golf practicing and kind of pushing each other, I feel like it always helped bring out the best in me.”