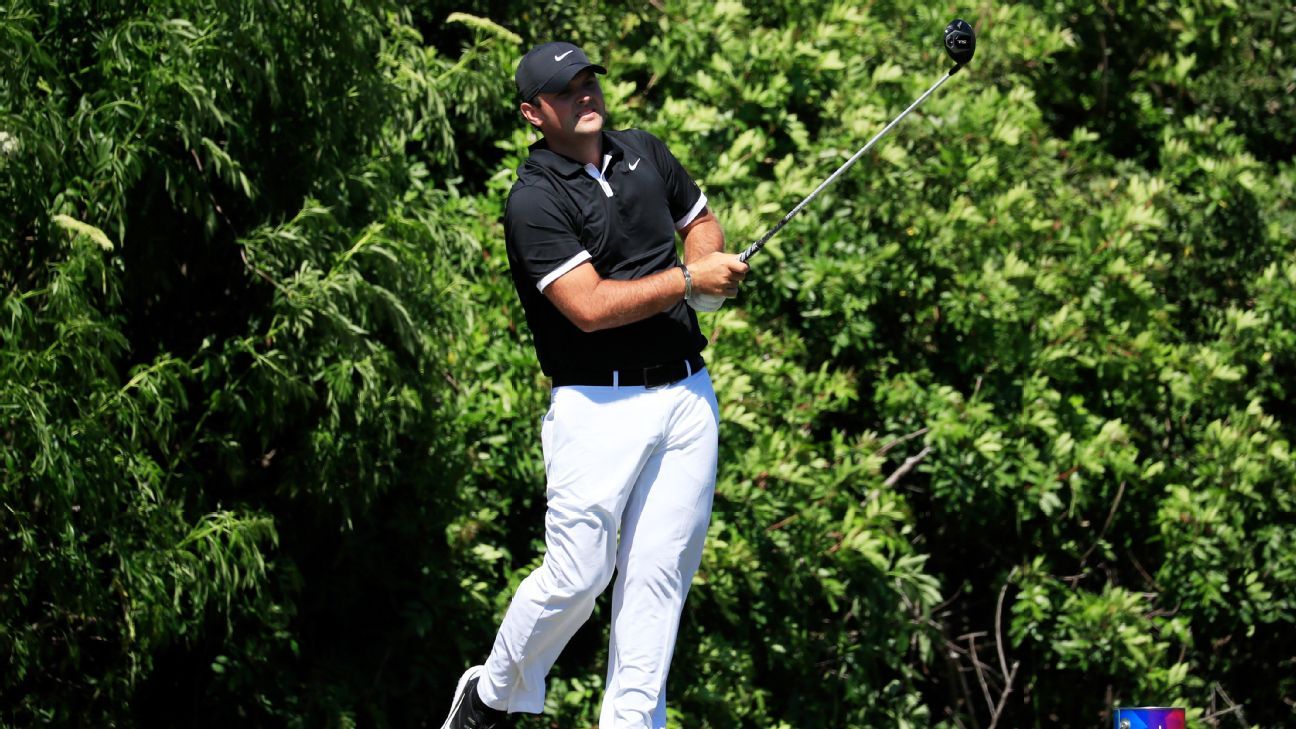 PALM HARBOR, Fla. — Patrick Reed hasn’t finished in the top 10 in nine starts this year, is three weeks away from defending his title in the Masters and was seen Friday morning working on the range with swing coach David Leadbetter.

Reed said it was simply a product of his coach, Kevin Kirk, not being at the Valspar Championship.

He said his wife, Justine, could tell the Masters champion needed someone to take a look at his swing as Reed staggered to a 77 in the opening round at Innisbrook that eventually led to him missing the cut by nine shots.

“My coaches aren’t here and all that, I knew he was in town, and just wondered if he could take a peek, see what it looked like,” Reed said. “We found some things that will help in the long run, but it’s hard to incorporate that literally on the spot when you’re teeing off that same day.”

Reed followed with a 75 for a 10-over 152, matching the fourth-highest 36-hole total of his PGA Tour career.

In a conference call Monday afternoon for the Masters, he said his game felt “really close.”

“You mean it’s not in a good place after the last two days?” Reed said Friday with a grin. “It took a break. It’s actually really close. It’s a lot closer than what the score shows.”

Even so, it was peculiar seeing Leadbetter grabbing hold of Reed’s club at various points in his swing to check on the position. Reed did not say what they found, nor did he rule out this was the last time he would see Leadbetter, who currently works with Rafa Cabrera Bello.

He said it was his wife’s idea to call Leadbetter.

“I have full confidence in anything she does,” Reed said.

He said because he doesn’t have a phone with him on the golf course, his wife can tell if he needs a different club, needs work with a trainer or, in this case, needs someone to check on his swing.

“The great thing is we’re on the same wavelength, her and I,” he said. “Because of that, before I even finished the round, I didn’t even have to tell her that, `Is there any way we can get someone in to just take a peek?’ … Just try to get fresh perspective on the swing.”

Reed has the Match Play next week in Austin, Texas, in his last start before trying to join Jack Nicklaus, Nick Faldo and Tiger Woods as the only repeat winners at Augusta National. A year ago, he had three straight top 10s — including a runner-up at the Valspar Championship — going into the Masters.