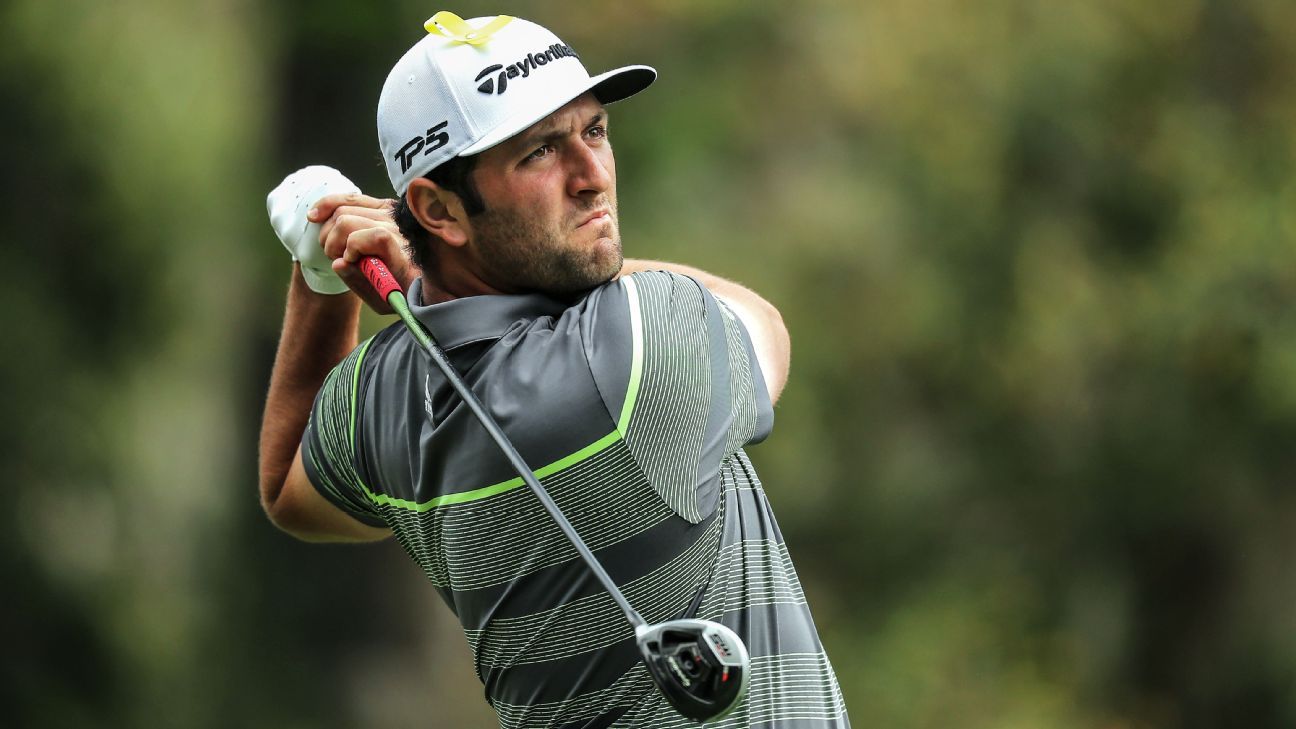 PONTE VEDRA BEACH, Fla. — Jon Rahm felt like every shot would be good and most of them were as he posted an 8-under 64 on Saturday and built a one-shot lead over Rory McIlroy and Tommy Fleetwood in the Players Championship.

Five shots behind going into the third round, Rahm shot 30 on the back nine at TPC Sawgrass and surged into the lead when McIlroy and Fleetwood couldn’t keep pace.

His only bogey was on the sixth hole, and even that landed next to the pin until running over the back.

“Didn’t miss many shots out there,” Rahm said. “Really, really confident with my irons. Every time I stepped up, I felt like I was going to hit a good shot.”

McIlroy and Fleetwood struggled from the start and both eventually recovered, McIlroy sooner than Fleetwood.

McIlroy muffed a chip and had to scramble for bogey on the opening hole, hit a chip over the green on the par-5 second hole and turned potential birdie into bogey, and that was as bad as it got. He still was under par at the turn by running off three birdies, including a 4-iron to a foot on the hardest par 3 on the course at No. 8.

But after a two-putt birdie on the par-5 11th, McIlroy’s chances dried up. Even on the par-5 16th, he tried a low runner out of the pine trees and it came out so hot that it ran through the green and into the water.

Even so, he was bogey-free over the last 16 holes and shot 70. And he can at least avoid questions about winning from the final group, something McIlroy hasn’t done in his last nine occasions dating to the start of 2018.

“I just need to hit fairways and greens. If I can do that, and take the opportunities I give myself, hopefully I can turn tomorrow into the best Sunday of the year so far,” McIlroy said.

Fleetwood missed a 30-inch putt on the opening hole and took double bogey, and he fell three shots behind through seven holes. He holed a 30-foot birdie putt on No. 8 after McIlroy tapped in for his birdie, and then picked up four birdies where they were available for his 70.

“It was just a grind,” he said. “I’m glad I showed the strength mentally more than anything. Under par is always a good score around here no matter how you play.”

Jason Day had a 68 and was three shots behind.

Tiger Woods was five shots better on the par-3 17th — a quadruple bogey on Friday, a 2-foot birdie putt on Saturday — but still started so slowly that even a late run of birdies was only good for a 72. He was 12 shots behind in his last stroke-play event before the Masters.

Five players were within five shots of Rahm, the deficit the Spaniard made up on Saturday. That group included Brandt Snedeker (65) and Keegan Bradley (68), and Dustin Johnson, the No. 1 player in the world who played the par 5s at even and still shot a 69.

Rahm, who already has six worldwide victories in just short of three years as a pro, was still lagging behind when he made the turn, and then quickly moved to the top. After a short birdie on the 10th, he hit 4-iron from 243 yards to 3 feet on a front left pin at the par-5 11th for an eagle. He hit the right shot on the par-3 13th, with the pin below a ridge near the water, into 3 feet for another birdie.

By the end of the day, his 64 was about as high as it could have been. He two-putted from just inside 15 feet for a birdie on the 16th, and he had another birdie chance from about that range on the 18th that would have tied the course record.

No matter. He was in the lead, facing a Sunday pairing with Fleetwood as he goes for the most important win of his young career.

It figures to be a mental test as much as anything he does with his irons.

The Players Stadium Course can take as quickly as it gives, and the forecast was for much stronger wind — compared with very little on Saturday — and cooler weather. Rahm is fiery, and his emotions at times can get in his way.

He has worked hard to control his temper and still let his passion carry him to great shots.

“It was a year of personal growth rather than golf game,” Rahm said. “It’s been a work in progress of many years to get to this point, and it’s hard to do when you’re playing highly competitive golf. … This is what I called earlier a midterm of hopefully a very good final project.”